Griftlands: Everything We Know 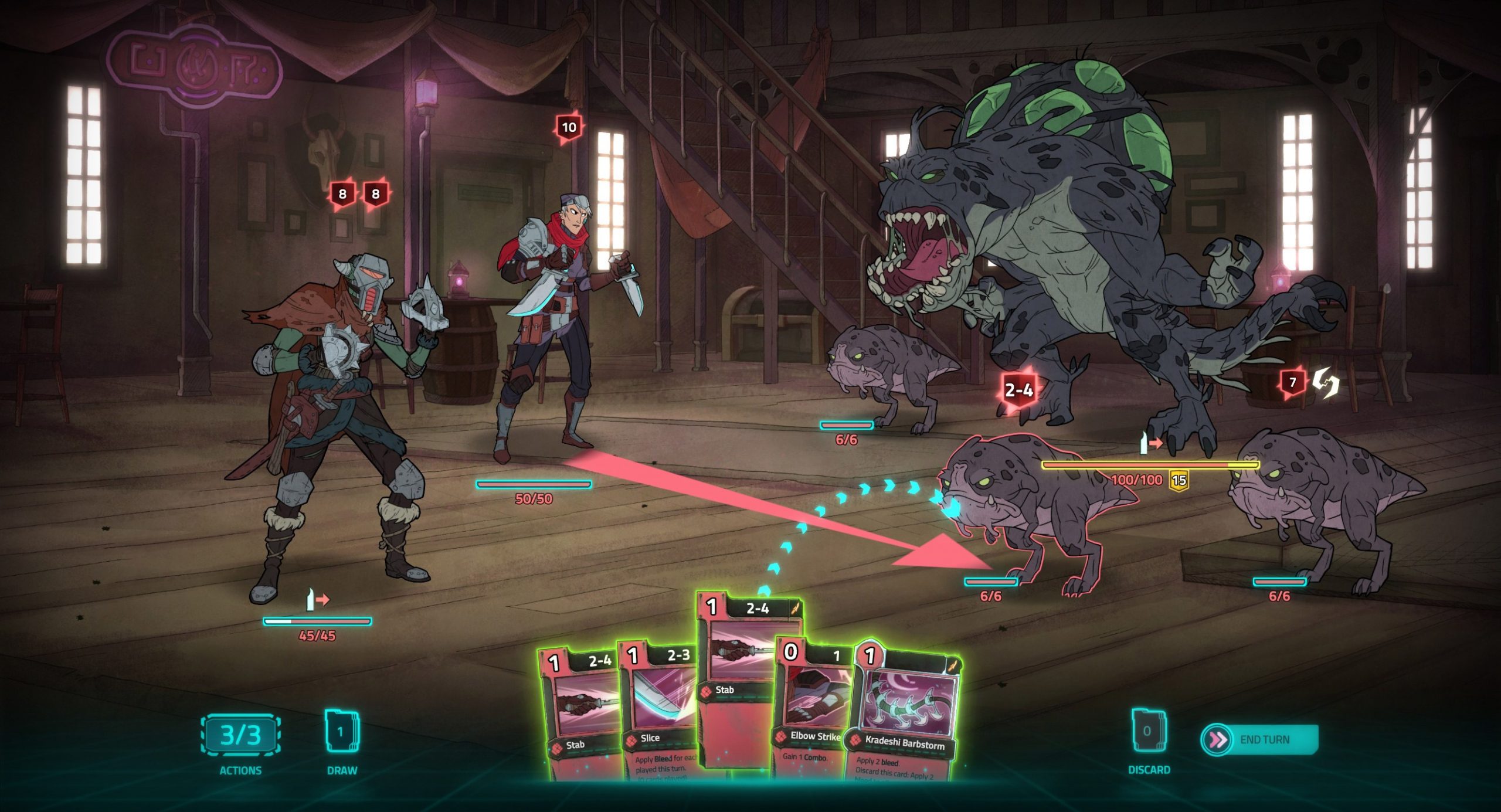 Klei Entertainment’s upcoming game ‘Griftlands’ is one of those titles that have diverged so significantly from their original vision that they might as well be something entirely new. Initially shown off as an open-world RPG (Role Playing Game) set in a fascinating sci-fi world, with its own faction and economy systems and turn-based combat during E3 2017, ‘Griftlands’ is now a deck-building, rogue-lite where every decision you make has consequences.

I’m pretty certain that many will be disappointed by this change in direction for the game (because frankly, the initial concept looked pretty awesome). However, the game in its new avatar certainly looks to be engaging enough that it’s worth taking a second look at it. With that in mind, here’s everything we know about the upcoming ‘Griftlands’.

Griftlands Gameplay: What to Expect?

So if ‘Griftlands’ is no longer an open world tactical RPG, what is it? It’s hard to pigeonhole the game into a category since it borrows heavily from various genres including RPGs, digital card games as well as Roguelikes. There are three main gameplay phases in the game.

The overworld map allows you to navigate the world of ‘Griftlands’ and explore the various in-game locations, the dialogue trees allow you to converse with the game’s numerous NPCs (Non-Playable Characters), as well as acquire quests, shopping items, and card deck based encounters, and the card deck based encounters function as the combat and negotiation alternative in ‘Griftlands’.

The webpage for ‘Griftands’ describes the game as follows:
“Griftlands is a deck-building rogue-like where you fight and negotiate your way through a broken-down sci-fi world.

Every decision is important, be it the jobs you take, the friends you make, or the cards you collect. Death comes quickly, but each play offers new situations and strategies to explore.”

The card-based combat is the real meat and bones of the gameplay in ‘Griftlands’. It fundamentally plays like a basic CCG (Collectible Card Game). Each player starts out with their own deck and draws a hand of cards from their deck. You have a limited number of action points that you can spend to play the cards in your hand, with each card coming with a different cost attached to it.

In ‘Griftlands’, your card-based encounters can either be a combat engagement or a negotiation. Both types of encounters have their own unique decks and end goals, but play out largely in a similar manner. Combat decks consist of numerous offensive attacks or defensive actions.

Based on how many action points you have, you must play a combination of both in order to deal damage while ameliorating the damage received from the opponent. To win, you must simply drop the opponent’s Health to zero. Negotiation encounters follow the same basic pattern, with the goal being to lower the Resolve of the opponent to zero. Both decks are completely customizable, and you can gain new cards or upgrade older ones by completing quests or purchasing them through shops.

Being a rogue-lite game, ‘Griftlands’ is a game where you are expected to die. You start out by choosing from a set of predefined characters on a hostile planet full of pirates, antagonistic police forces and a variety of other dangerous creatures.

The world of ‘Griftlands’ remains the same each time but the layouts of the events, missions, and other elements are procedurally generated, and hence randomized in each playthrough. The game has permadeath, so chances are you are going to be exploring a number of different procedurally generated scenarios before beating the game.

Griftlands Developers: Who Are the People Behind the Game?

‘Griftlands’ is being developed and published by Vancouver based Canadian video game development studio Klei Entertainment. The studio was formed in July 2005 by Jamie Cheng.

Klei Entertainment is best known for the highly-rated survival game ‘Don’t Starve’, stealth action game ‘Mark of the Ninja’ and the survival simulation ‘Oxygen Not Included’.

Griftlands Release Date: When and Where Can I Play It?

‘Griftlands’ is set to release sometime in 2020, but the game can already be purchased and played in its Alpha state on the Epic Games Store. The game is also set to release in Early Access on Steam in June 2020, with a full release expected sometime in late 2020.

Currently, ‘Griftlands’ has only been announced for PC (Microsoft Windows). However, future console versions haven’t been ruled out. Given Klei Entertainment’s practice of porting most of their games to console sometime after the PC release, I wouldn’t be surprised to see a console version later on.

You can watch the trailer for ‘Griftlands’ right here.