When Will Growing Up Chrisley Season 3 Come Out on USA Network? 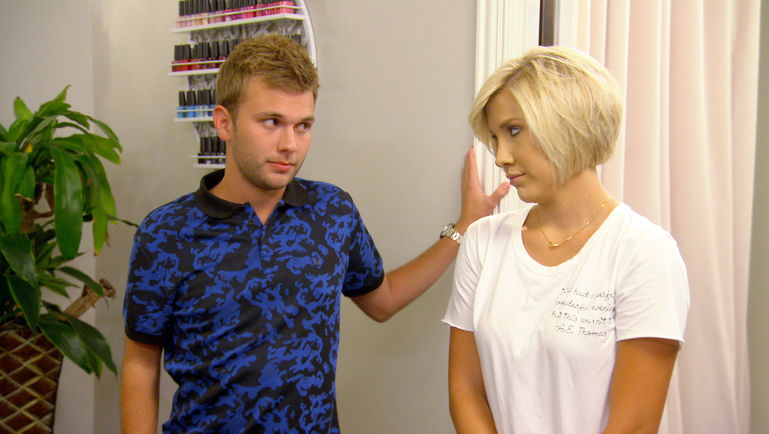 USA Network’s flagship reality TV show, ‘Chrisley Knows Best‘, revolves around the wealthy, real estate tycoon Todd Chrisley and his family, settled in Nashville, Tennessee. Owing to the popularity of the series, a spin-off titled, ‘Growing Up Chrisley’, which is about Todd’s children, Chase and Savannah, debuted on USA Network on April 2, 2019. The unscripted spinoff series follows siblings Savannah and Chase Chrisley as they embark on a cross-country move to Los Angeles to pursue their dreams.

The brother-sister duo created their own show, in order to prove their independence. Away from their domineering patriarch, featured on the hit parent series, ‘Growing Up Chrisley’ focuses on the individual ambitions of the siblings. While Chase wishes to venture into acting, Savannah wants to join the beauty industry. They reside together in their home in Hollywood Hills, LA. But they soon find out that their current life is quite different from the one they had led in their hometown. Under Todd’s forever watchful eye, the duo needs to decide if they can stick to growing up or if they should return home.

The show has had two successful seasons so far. Now, the question is whether there will be a Growing Up Chrisley season 3? Here’s everything we know.

Growing Up Chrisley Cast: Who is in it?

‘Growing Up Chrisley’ follows the Chrisley siblings, Savannah and Chase. Savannah is a 21-year-old former Pageant Queen, who leads the perfect life. She has a boyfriend, a personal clothing line, and aims to create her own cosmetics brand. Now, with her move to LA, she has to resort to multi-tasking in order to transform her big dreams into reality. Her relationship with her elder brother is filled with fun and mischief, with her always having his back, even under the toughest conditions.

On the other hand, ‘Mama’s boy’, Chase, is a 22-year-old young man and a mini-version of Todd Chrisley. His constant trials to always stay a step ahead of his father earns him Todd’s watchful eye at all times. He wants to start his acting career, runs a clothing line, and works in the real estate industry like his dad. Now, moving to the tempting City of Angels, he learns that life here is completely different from his Southern upbringing. He has to try hard in order to grab the many opportunities that come his way while also attempting to adapt to these new conditions.

It goes without saying that both the Chrisley siblings will be back for season 3.

Growing Up Chrisley Plot: What is it about?

‘Growing Up Chrisley’ is an unscripted reality series which chronicles the ups and downs in the lives of Todd Chrisley’s adult children as they embark on a journey to prove to their family that they are grown-ups and can handle responsibility. After they move to Los Angeles, their overprotective father and mom, Julie, try their best to support them in their ambitions. However, they worry about their kids’ ability to make a name in the competitive world of Hollywood.

Chase and Savannah’s grandmother, Nanny Faye accompanies them on their journey across the country, in order to ensure that they have a safe drive. But once they reach LA, the siblings need to decide how to live together in their home in Hollywood Hills. The duo also has to learn to navigate LA’s trials and tribulations. Todd does try to adjust to his new life without the kids but manages to monitor their activities.

Accompanied with southern charm and Todd’s blunt remarks plus dry, humorous quips, ‘Growing Up Chrisley’ offers the same comic moments like its parent show. Of course, there’s a lot of arguments and bickering like its counterpart. But, in the end, it also highlights the exceptional love present between the family members.

Several family antics are also orchestrated to play up the humor. Even here, the best scenes are those with Todd, when he makes appearances to guide his children. His trademark quirks are the main attraction of the show, just like the predecessor. While he delivers his signature, quote-worthy takes on how to be successful, we cannot help but admire him once again even in this spin-off version.

Other individuals who make appearances in the episodes are Savannah’s boyfriend and professional hockey player, Nic Kerdiles; Daniel, Savannah’s friend who is native to LA; and Chase’s childhood buddy, Elliott.

It will be interesting to see what direction does Chase and Savannah’s lives take in season 3.

Growing Up Chrisley Season 3 Release Date: When will it premiere?

‘Growing Up Chrisley’ season 2 premiered on USA Network on August 6, 2019 and came to an end on September 9, 2019. As per the Chrisley siblings, they are open for more spin-offs and sequels — why won’t they?. It is only a matter of time before USA Network renews the show. According to our estimates, ‘Growing Up Chrisley’ season 3 will premiere sometime in April, 2020.

While we wait for season 3, here’s ‘Growing Up Chrisley’ season 2 trailer. For additional clips from the show check out USA Network’s official page for the show.