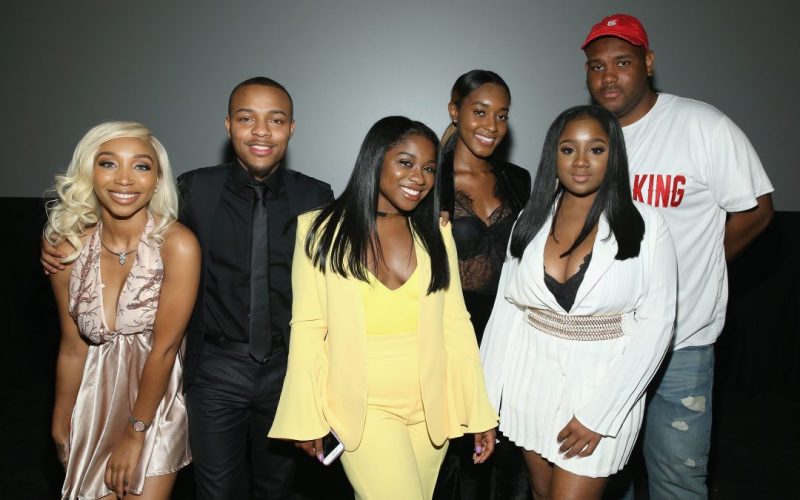 The series has been created by Datari Turner and chronicles the lives of the children of hip hop legends in Atlanta. The offsprings of the moguls come together, and show off their own set of skills, attempting to make a name for themselves in an industry that is as competitive as it is unforgiving. Naturally, the show enjoys a good fan following, which it gets due to the original show’s fame. However, the content of this series is good enough to have expanded on the existing fan base over the seasons and critics too have welcomed the approach that this show takes.

Growing Up Hip Hop: Atlanta Cast: Who is in it?

The cast of the show is led by Bow Wow, whose real name is Shad Moss and who released his first album Beware of Dog in 2000 as Lil’ Bow Wow at the age of 13 under the guidance of Snoop Dogg. Shaniah Mauldin, who is the daughter of Jermaine Dupr, Brandon Barnes, godson of Debra Antney and Ayana Fite, daughter of DJ Hurricane, are also integral part of the show.

In season 3, several new cast members joined the show. Tammy Riviera and Waka Flocka, T-Boz, and notably, Joann “Buku” Kelly, daughter of R. Kelly and Drea Kelly, and Reemarkable, Daughter of Eazy-E, were some of the them.

It will be interesting to see whether Bow Wow, Shaniah, Brandon, Ayana, Baku and Remarkable who formed the crux of season 3 still remain part of the show in season 4. We also expect several new members to join the cast in the next season.

Growing Up Hip Hop: Atlanta Plot: What is it about?

In season 3, the major attraction was Bow Wow’s arrest and then, the controversy over R. Kelly’s arrest that ignited a buzzing child support battle with ex-wife Drea Kelly.  R. Kelly’s arrest is just something the entire family has to live with and Drea finds it hard to move past this incident which has inevitably left an indelible mark on her life. Amidst all this, Buku, their daughter, tries to establish herself as a vocalist and distance herself from her criminal father.

We also see a crazy fight between Kiyomi and Bow Wow. Meanwhile, Waka and Tammy Rivera, his wife, have settled down after having a dream wedding in Cancun. Da Brat is seen rebuilding her life after prison and bankruptcy. Debra Antney is seen working with Brat on an Artist Boot Camp. Brandon Barnes, the controversial godson, also expected to returned and stir things up. The season ends with Brandon making a shocking confession and Tammy’s big, NYC show that goes off the rails.

Season 4 is expected to continue the crazy lives of star children, as we might get to see more of what happens with Bow Wow and Baku, and whether they are able to move on with their lives.

Growing Up Hip Hop: Atlanta Season 4 Release Date: When will it premiere?

‘Growing Up Hip Hop: Atlanta’ Season 3 premiered on June 13, 2019. Although no official announcement about the next season has been made yet, it is almost certain that WE tv will renew the show. It typically takes over a year to produce one season of the show, so our best guess is ‘Growing Up Hip Hop: Atlanta’ Season 4 should release sometime in October 2020. We will update this section as soon as we hear more.

Should You Watch Growing Up Hip Hop: Atlanta?

Moreover, when the characters are introduced in this show, they are often shown to be struggling to get out of their parents’ shadows and some of them are also shown to be unfocused or not talented enough to make it in the industry. However, this is not entirely true since quite a few of them are semi-stars and have experience of having played professionally in a band and have outreach on YouTube as well. All things considered, this series might be a good way to fill time, but viewers will not miss much if they skip a couple of episodes. After all, most of the stories feel like they are a bit forced, perhaps irrelevant, and sometimes even appear to be contrived, and it seems as though the show believes that the only way to add a bit of spark or pizzazz to the narrative is by portraying something going wrong in the lives of the characters.

While we wait for an update on season 4, check out the season 3 trailer below.