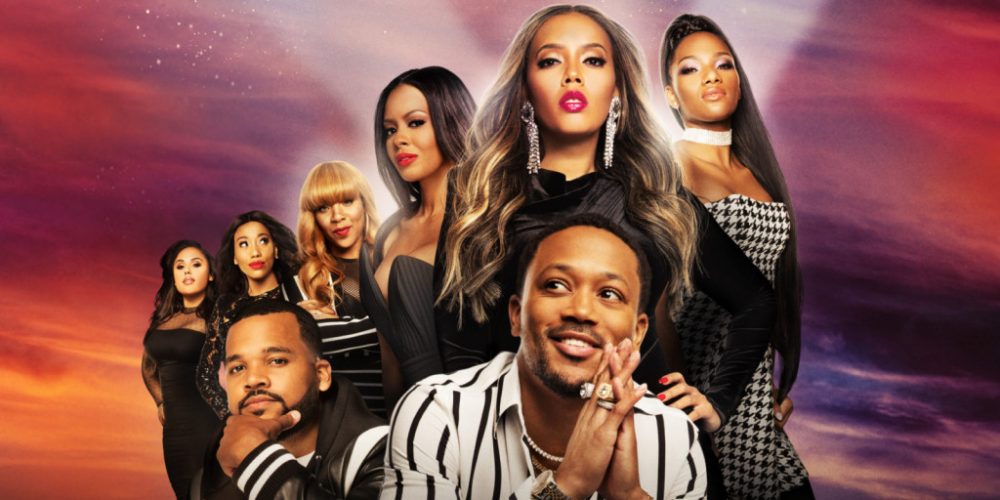 ‘Growing Up Hip Hop’ is a reality television series that airs on WE tv. It first premiered on January 7, 2016 and chronicles the lives of the children of hip hop legends. The series is created by Datari Turner and executive produced by Datari Turner Productions and Entertainment One Studios. The show became so hugely popular that it led to the creation of a spin-off, ‘Growing up Hip Hop: Atlanta‘.

The original series is clearly a success since people are drawn to celebrities, but what is even more sensational is the children of celebrities. We cannot wait to find out if they will grow up to be spoilt brats, or if they are going to turn out to be like their celebrity parents. If they do decide to remain in the same career as their parents, there is always the unconscious need to get out of their parents’ shadows. This is what the show focuses on and it has been an immense hit among fans over the seasons. Critics too have praised the show for attempting to put into focus the progenies of celebrities.

The show has had four successful seasons till date and has already been renewed for a season 5. Here’s everything we know about it.

Growing up Hip Hop Season 5 Release Date: When will it premiere?

‘Growing up Hip Hop’ is the flag-bearer for WE tv with its excellent ratings. Audiences are fascinated with the rich and often glazed-lifestyle of star-kids that is laid bare in front of the world. We expect the show to continue for several more seasons.

Growing up Hip Hop Cast: Who is in it?

The cast of the show is led by Romeo Miller, the son of Master P and brother of Cymphonique Miller. Miller’s career began with the release of his debut studio Lil’ Romeo at the age of 11, which led to other opportunities including his own Nickelodeon sitcom, ‘Romeo!’ We also see Angela Simmons, who is the daughter of Rev Run of Run–D.M.C., and sister of Vanessa Simmons. Simmons first gained public attention when she appeared with her family on the reality TV series ‘Run’s House’.

What is Growing up Hip Hop About?

The basic concept of ‘Growing up Hip Hop’ is that the children of supremely talented and famous hip-hop artists, who are finding it difficult to emerge out of the shadows of their parents, try to establish their own identity. In the entertainment industry, these kids are already well known. On top of that, the media keeps pushing them down with its constant comparisons and demands. These star kids have to battle all odds and emerge as victorious.

The common thread that binds all the contestants in the show is that all of them have famous parents. Angela Simmons is the daughter of Run-D.M.C.’s Rev Run, and is a now model and fashion designer; Romeo Miller is a musician just like his successful father; Master P; Damon “Boogie” Dash is the son of former record executive Damon Dash and is now trying to set his life as an entrepreneur ; singer Kristina DeBarge, the daughter of James DeBarge, is constantly struggling to maintain a balance and struggles to make a choice between family and fame.

It’s often assumed that the sons and daughters of famous celebrities are born with a golden spoon – and therefore, are at an advantageous position. This show tries to break some of that myth. What we often forget is that fame comes at its own price. While the children are privileged insofar as they do not have to face the same hardships their parents did while trying to make it in the industry, there are pitfalls to this fame as well.

The New York Times sums this up well, saying, “They are all children of privilege, but they also crave the spoils of celebrity. It’s the sort of family disease chronicled so artfully on ‘Empire,’ the robust prime time soap opera set in a family dynasty record label. ‘Growing Up Hip Hop’ nods to ‘Empire’ in its title card, which includes a hip-hop-themed crest and is a clear byproduct of the success of ‘Empire.” The upcoming season will also take a look into the world of the rich, and we will get a deeper idea of what it is like living in a seemingly utopian world where failure comes at a much larger price.

While we wait for ‘Growing up Hi Hop’ Season 5, you can check out the trailer for Season 4 to refresh your memories. If you have not seen the show, be sure to do so if you are interested in the hip hop scene.