When Does Growing Up Hip Hop Season 5 Episode 4 Start? 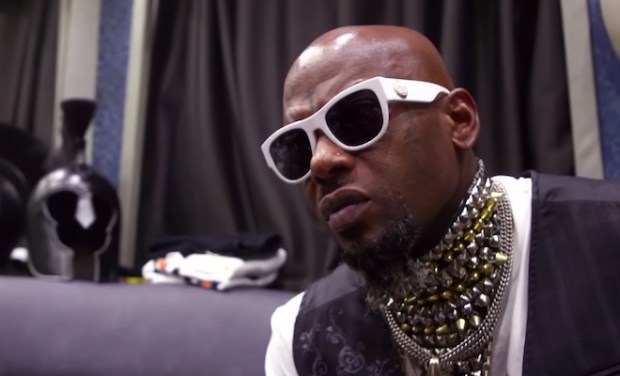 ‘Growing Up Hip Hop‘ offers a look at the lives of children whose parents happen to be hip hop legends. The children try to make it on their own and shape their own identities. However, with the privilege of being born in a famous family, also comes the hurdle of facing public scrutiny and dealing with attention all the time. Over the seasons, the show has become immensely popular, even leading to an entire franchise including ‘Growing Up Hip Hop: Atlanta‘ and ‘Growing Up Hip Hop: New York‘.

The new season is already off to an exciting start, and the tiff between Angela and Romeo has only been increasing over the episodes. Things finally came to a climax in the previous episode. However, Angela also gets the chance to make up with another person in her past. Meanwhile, Sam and Egypt’s plans to start a married life might be halted by Sam’s friends, who do not approve of the relationship. Things are starting to come to a boil, and you might be wondering about what goes down in the third episode, which just dropped.

We are here to recap that, but first, let us walk you through where and when to see the upcoming episode of ‘Growing Up Hip Hop’.

Titled, ‘No Run in the Oven’, the upcoming episode will see JoJo’s baby fever dismaying Tanice, while Pepa warns Tee Tee not to meddle in Sam and Egypt’s relationship. Briana continues raging, while Ava breaks down due to her continued legal battle with her father.

Where to Watch Growing Up Hip Hop Season 5 Episode 4 Online?

The easiest way is to catch ‘Growing Up Hip Hop’ on television because it is a We TV show. However, you must be subscribed to the channel. If you cannot access a television set but still want to watch the episode, we recommend heading to the We TV online platform, where you can stream the episodes. With cord-cutters on the rise, several options are being made available to them, including services like DirecTV and YouTubeTV.

The episode starts off with a group speaking about what went down at the party shown in the last episode. Romeo’s behavior is the topic of conversation here, and things take a nastier turn when they discover that there has been a social media severance on Romeo’s part. Initially, they laugh it off, but it becomes clear that they have feelings about how he acted. JoJo even proposes that Romeo cut them off because of his animosity towards Angela, which extends to them now because they associate with her.

Tyran brings Tee Tee up to speed about how serious Sam is regarding the proposal to Egypt. Tee Tee immediately comes up with some steps to put a wrench in the works and halt the marriage by talking to different people. It will be interesting to see how this unsolicited meddling in someone else’s love story plays out for the parties concerned. Almost immediately, Tee Tee’s plan of getting Pepa to oppose the marriage falls apart, because she is supportive of Sam, who she feels has grown quite a bit. Moreover, she asserts that Egypt can choose a man. However, Sam starts to get the sense that Tee Tee disapproves of Egypt, which the latter too realizes. There is some negativity in the air about this.

Angela finally makes her stand against Romeo, blocking him on social media, saying that he should not have a bearing on her life. Meanwhile, Tee Tee tries to talk to Treach about the engagement, who says that Sam needs to talk to him, about marrying Egypt, first. The drama is all poised to continue in the upcoming episode of ‘Growing Up Hip Hop’.