Where to Stream Guest House? 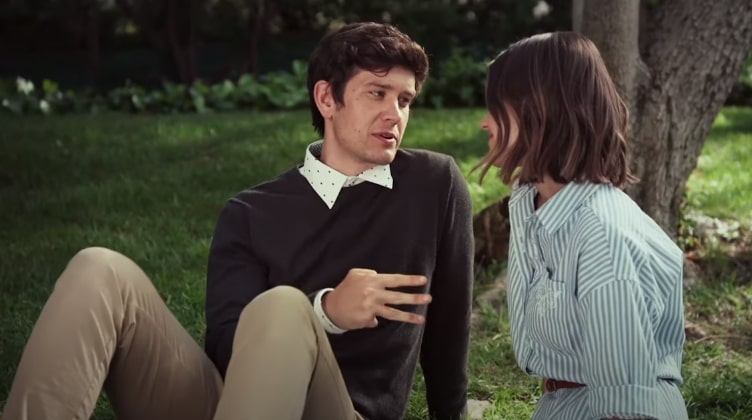 When people start their married lives, they usually look for a fresh start – preferably on their own. The central couple in ‘Guest House’ seems to be on their way to achieve this dream as they find the perfect abode. There is just one caveat – the friend of the former owner keeps squatting in their guest house. It escalates to a turf war, which not only threatens the home but their marriage and lives as well. Curious to know where to stream this comedy? We’ve got you covered, right after we walk you through the tale.

What is Guest House About?

Sarah and Blake are engaged and decide to move into their dream home, where they’ll start a life together. The only problem is Randy – the party-loving friend of the former owner, who crashes in the guest house. He refuses to leave and even throws a wild pool party which is broken up the cops. Instead, they arrest Blake, causing tensions between the couple and Randy. At one point, the two are not even sure whether they can have the backyard wedding of their dreams, without Randy crashing the party and making things nightmarish for everyone. Over time, the couple and Randy’s relationship does take a turn for the better, but until then, viewers can enjoy a lot of laughs as the situation unfurls.

Is Guest House on Netflix?

Netflix has a spectacular collection of films and shows, which caters to viewers with different tastes. ‘Guest House’ might not be on Netflix, but you should check out ‘Pineapple Express.’ A stoner and his dealer have to go on the lam after the former witnesses a cop commit a murder. The single act threatens to disrupt their quiet lives in this hilarious film.

Is Guest House on Hulu?

Hulu keeps making smart additions to its collection of movies and shows, which is why streamers are rarely dissatisfied with the content on the platform. Unfortunately, subscribers cannot watch ‘Guest House’ on Hulu at the moment, but we recommend ‘Instant Family.’ The comedy shows how family life is seldom what we expect. When a couple plans to adopt, they end up meeting three siblings they want to take in. Becoming parents to three kids overnight is a tough ask, and the adjustment period is filled with laughs.

Is Guest House on Amazon Prime?

Amazon Prime sources content from all around the world, which makes the streamer popular among global audiences. While ‘Guest House’ cannot be accessed by Prime subscribers as is, you can always buy or rent and watch the movie on the platform. Check it out here.

Where to Watch Guest House Online?

If you don’t have access to Amazon Prime, you need not worry. Head to Vudu, FandangoNow, Apple TV, Redbox, or Google Play to buy or rent and watch the movie.

Where to Stream Guest House For Free?

Sorry, but there is no way to stream ‘Guest House’ for free at the moment. You have to wait for it to arrive on a platform with a trial period. However, we’d like to urge readers to pay for the art they consume.