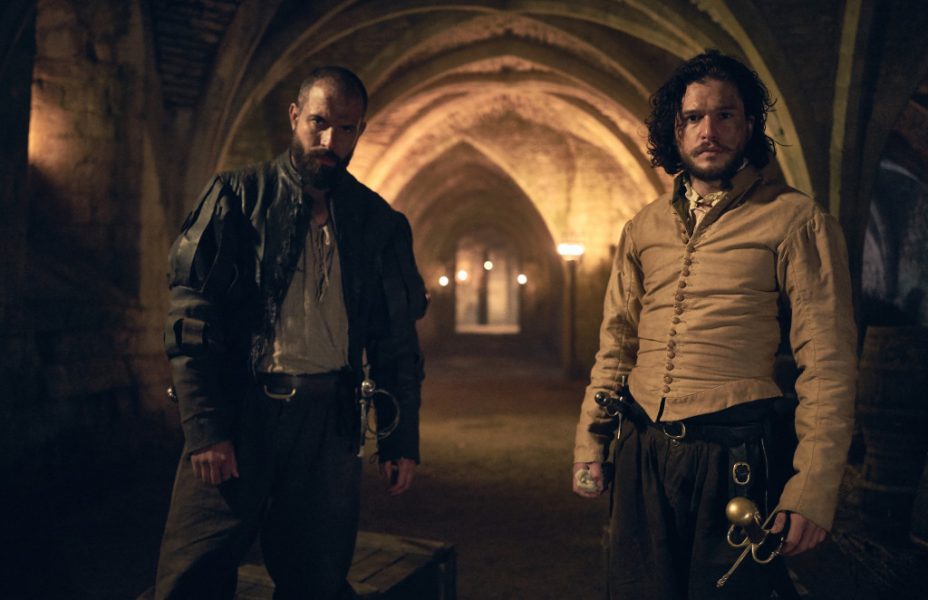 ‘Gunpowder’ is a British historical mini-series television drama that aired on BBC One in the UK and on HBO in the US. Developed by ‘Game of Thrones’ star Kit Harington and Daniel West, written by Ronan Bennett, and directed by J. Blakeson, the show is based on the infamous Gunpowder Plot in London, which has found its way into pop culture thanks to ‘V for Vendetta’ (2005).

A relatively recent show, the first season of ‘Gunpowder’, consisting of three episodes, premiered on October 21, 2017 in the UK and on December 18, 2017 in the US, and was received favourably by television critics and viewers alike. Despite many hoping to see another season of the show, the chances of it being renewed are pretty slim. Read on to know why.

Gunpowder Cast: Who is in it?

Gunpowder Plot: What is it about?

Although the show is about the Gunpowder Plot of 1605, it starts off a couple of years early in 1603, and shows the build-up to the infamous assassination plot. With England at war against Spain, the bloody persecution of Catholics in England intensifies, thus prompting Catesby and other conspirators of a provincial Catholic group to hatch a conspiracy to assassinate King James I, who stood as the face of the anti-Catholic political administration.

The mastermind behind the plan, Catesby, was born to a wealthy English Catholic family in the 1570s. However, from childhood, Catesby started to despise the Protestant administration after seeing his father being persecuted for refusing to join the Church of England. In fact, such persecution of Catholics was quite common at the time, and the Spanish Catholic government refused to help the English Catholics. Left with no alternative, Catesby thus decided that the only way forward was by destroying the Protestant administration in England. For this purpose, he hatched the Gunpowder Plot in 1603. Subsequently, in 1604, Catesby and his fellow conspirators sent a man to Spain to recruit Guy Fawkes, who was known for his extraordinary courage. Once recruited, Fawkes agreed to carry out the plan and assassinate King James I. However, on the fateful day of the assassination – November 5, 1605 – the conspirators were captured and later executed after they were found hiding in the cellar of the House of Lords, which they had planned to blow up on the day of State Opening of Parliament.

Insofar as historical accuracy is concerned, TIME has reported that ‘Gunpowder’ sticks quite closely to the facts, in spite of presenting viewers with a dramatic retelling of this infamous chapter in English history. Yet, ‘Gunpowder’ is not an educational, historical show fit for a family to watch – it is brutal, violent, and has gruesome torture scenes and executions, so you might want to steer away from the show if you don’t have the stomach for gore.

That being said, ‘Gunpowder’ has largely been praised by television critics. For instance, Variety wrote, “In the end, one of “Gunpowder’s” chief virtues, aside from its fine cast and handsome look, is its relative brevity (the three installments are presented on three successive nights). In an age in which thin stories are often stretched on the rack to produce 10 or 13 hours, “Gunpowder” lives fast, dies young, and doesn’t overstay its welcome.” As far as negative reviews go, Vulture wrote, “A narrative leading up to such a climactic, controversial event should be infused with tension from beginning to end. Instead, this mini-series has too much in common with the Gunpowder Plot itself. It’s like a bomb that never gets lit and doesn’t come close to exploding.”

Thus, in terms of reception, ‘Gunpowder’ has a Rotten Tomatoes score of 72%, and the critics consensus reads, “Gunpowder’s bulky narrative provides few new historical insights, but its engaging leads and visceral violence may be enough to leave viewers remembering the fifth of November anyway.” On IMDb, the show has a decent rating of 6.7/10, based on nearly 8,000 votes.

Season 1 of ‘Gunpowder’, consisting of three episodes, premiered on October 21, 2017. Although a couple of years have passed since ‘Gunpowder’ made its way to viewers’ screens, the show has not been renewed for a second season, neither is it likely to be. The show was originally conceived of as a mini-series so there’s almost no chance of a renewal, unless of course Harington decides to make a sequel to show Guy Fawkes’ story, which was largely ignored in the mini-series, owing to its focus on Catesby. In the unlikely event that the show is renewed, ‘Gunpowder’ season 2 might come out in 2021. We will update this section as and when we hear more.