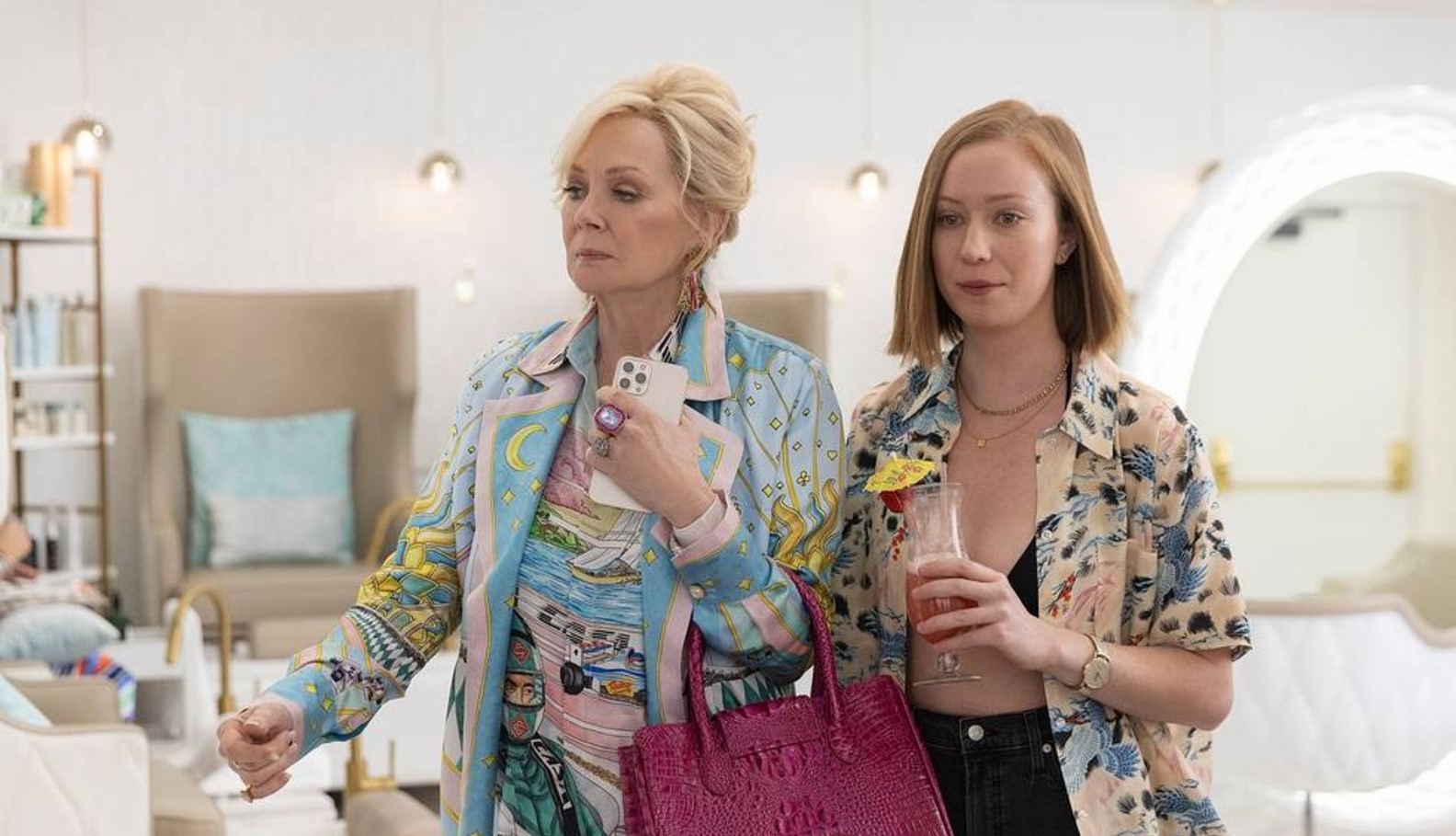 ‘Hacks‘ is a comedy-drama series that revolves around Deborah Vance, a stand-up comedian, and Ava, a young comedy writer. The former needs to take some crucial steps to keep her residency at the Palmetto Casino, while the latter finds it hard to land a job due to a controversial tweet she made and her self-centered attitude. When Ava starts working as the new head writer for Deborah, their professional relationship soon blossoms into friendship as Ava gives her the push she needs, and Deborah helps Ava through her personal issues.

Created by the trio of Lucia Aniello, Paul W. Downs, and Jen Statsky, the comedy series originally premiered in May 2021 on HBO Max. It highlights the bond between a millennial and a boomer while maintaining a comedic and dramatic tone throughout the narrative. This is one of the prominent reasons it has received much appreciation from fans and critics throughout its two seasons. As the curtains close on the sophomore round of the show, fans are eager to know if there will be another edition of the series or not. Since we have all the information you need regarding ‘Hacks’ season 3, let’s begin!

‘Hacks’ season 2 premiered on May 12, 2022, on HBO Max, with the season wrapping up on June 2, 2022. The second iteration of the comedy-drama series consists of eight episodes with a runtime of 30-36 minutes each.

As far as the potential third installment is concerned, here is all that we know. Until now, neither the producers nor HBO Max has made any public statements regarding the renewal or cancellation of the comedy-drama series. However, you would be delighted to learn what the creators have to say about it. In an interview with Entertainment Weekly, Downs revealed, “We feel like this is only the second chapter in a larger story that we want to tell. And when we pitched the show, we actually pitched where the series would end, which is not what you saw in episode 8 of season 2.”

Aniello echoed the sentiment, stating, “…But Paul and Jen and I are in the same space because we’re already meeting and talking about what we want to do moving forward. So creatively, we are moving forward and thinking about it because we’re just so excited…” On being asked the same question, Statsky enthusiastically responded, “We have season 3 already. We have more than that. We are very excited about what we have planned.”

However, the network is supposedly waiting to assess the performance of the second season before deciding on the show’s future. Until an official confirmation, the extension of the show is currently hanging in the balance. Interestingly, HBO Max followed a similar pattern for season 2; it was greenlit in June 2021, merely a month after the series premiere.

As evidence of its success among the viewers, ‘Hacks’ racked up a whopping 15 Primetime Emmy nominations in 2021. The team took home three awards — Outstanding Lead Actress Outstanding Directing and Outstanding Writing. Thus, if we consider all the factors mentioned above, there are more chances of the show getting recommissioned than canceled. So, if the probable third installment gets greenlit by the end of June 2022, just like last year, and the production team gets back to work soon, we can expect ‘Hacks’ season 3 to arrive sometime in May 2023.

Hacks Season 3 Cast: Who can be in it?

If the show gets renewed for season 3, the main cast lineup will probably remain the same. Thus, we hope to see Jean Smart reprise her role as Deborah Vance, the legendary stand-up comedian, while Hannah Einbinder is expected to continue essaying the role of Ava Daniels, the comedy writer.

Other cast members who play pivotal roles in the comedy series might also reprise their respective roles. This includes Carl Clemons-Hopkins (Marcus), Rose Abdoo (Josefina), Christopher McDonald (Marty Ghilain), Paul W. Downs (Jimmy LuSaque), Mark Indelicato (Damien), Kaitlin Olson (Deborah “DJ” Vance Jr.), and Jane Adams (Nina). Moreover, we can never leave out the possibility of new characters getting introduced. So, if it happens, we are likely to see some fresh faces in the potential season 3.

Hacks Season 3 Plot: What can it be About?

In season 2, Deborah and Ava go through their own sets of issues, highlighting the difference between the life of a boomer and that of a millennial. The stand-up comedy icon works on her new material and manifests its success while on the road. On the other hand, the talented writer’s personality grows as she adapts to a new lifestyle. Deborah finds it tough to connect to her audience as the season progresses, while Ava finds unexpected success. Eventually, the latter tries to reconnect with her mother, Nina, and Deborah welcomes unexpected company.

Season 3 is likely to follow Ava and Deborah’s journey as they face some more professional and personal challenges while they help each other deal with them. We might get to see the development of several positive or negative changes in the relationship between Ava and her mother. Deborah’s career is also likely to face some changes. All in all, there are plenty of things to look forward to if the show gets recommissioned.