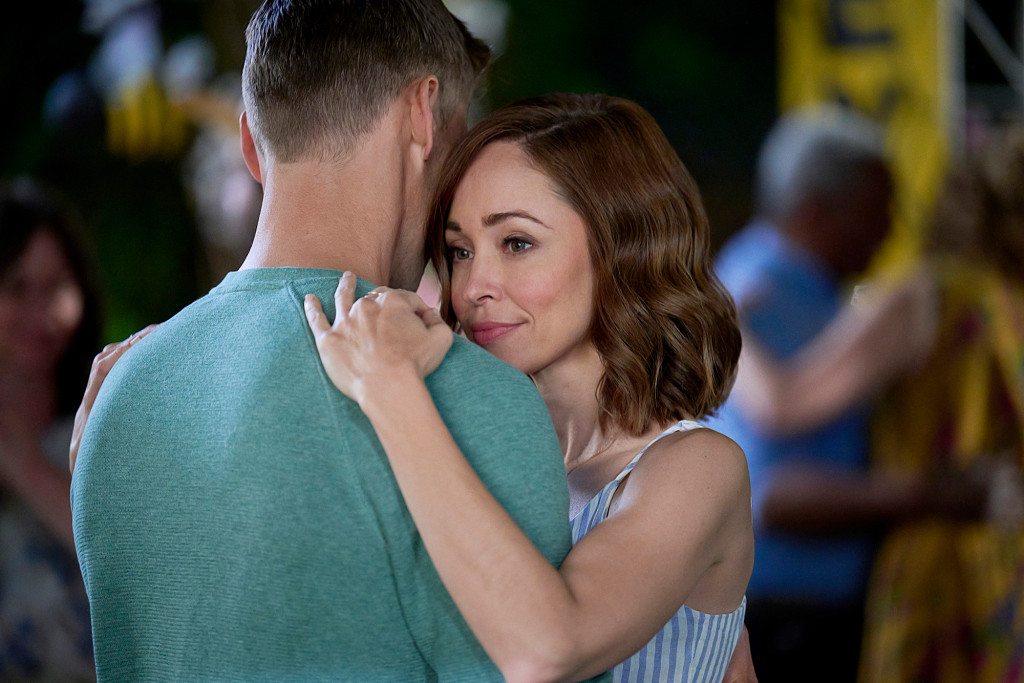 ‘The 27-Hour Day’ by Hallmark is a romantic film that follows Lauren, a driven entrepreneur who decides to take a much-needed break from her fast-paced life. When Lauren signs up for a retreat in a quaint town in Montana, little does she know that life-changing possibilities await her. The film captures the experiences so vividly that one can almost feel the cool mountain breeze when Lauren goes to Montana. Moreover, the movie features familiar faces, which is definitely a treat for the Hallmarkies. If you are curious about the filming locations and cast members, you might find it interesting to know what we have found!

‘The 27-Hour Day’ was filmed in British Columbia, Canada, specifically in Vancouver and Agassiz. In the film, Lauren is an entrepreneur from New York City, New York, who goes to a mountain retreat in Springfield, Montana, to get away from city life. The two settings could not be more different. New York is a bustling city where life does not stop.

Montana, on the other hand, is where Lauren gets the opportunity to slow down and appreciate all that nature has to offer. But was the film actually shot in the aforementioned states? No. The romantic comedy film was actually shot in the westernmost Canadian province of British Columbia. Here are the specific locations where the television movie was filmed!

Interestingly, the city of Vancouver stands in for New York City in this film. The Canadian city shares the title of Hollywood North with Toronto, and it has good reason to. Vancouver has the resources to transform into a small town or a glitzy metropolis for the screen. It is not only home to some of the biggest studios in North America but also offers attractive tax incentives to filmmakers. Moreover, the weather and diverse geographical features make Vancouver a convenient location for film and television production. The ocean, hills, waterfalls, and woods are all within driving distance from the city.

Located east of Vancouver, Agassiz forms the primary backdrop of the place Lauren goes for her retreat. It is a small community in the Eastern Fraser Valley area of British Columbia. The region is known for outdoor activities such as hiking, skiing, mountain biking, and golfing. It also has two world-famous jump-off points for hang gliding. Agassiz is home to several lakes and rivers where people love swimming, fishing, and boating.

The community also boasts fertile farming lands that produce fresh fruits and vegetables seasonally. The Circle Farm Tour helps visitors procure fresh foods and organic products. Some of you might recognize the Agassiz Deli that stands in for Lottie’s Cheese Shop in the film. At the same time, the production team transformed the Agassiz-Harrison Observer office into Ladd Veterinary Practice for filming. Several outdoor sequences were filmed at Pioneer Avenue, which was set up to portray the farmer’s market.

The Red Apple Store was given a makeover as Springfield’s Hardware and Garden Supplies, and the scenes at Springfield’s Annual Honey Festival were filmed at Centennial Park. The Agassiz-Harrison area serves as filming sites for several productions, including ‘Virgin River,’ ‘Wayward Pines,’ and ‘Falling for Vermont.’

The cast and crew also visited the quaint town of Harrison Hot Springs to film a few scenes of ‘The 27-Hour Day.’ Situated on the southern end of Harrison Lake, the community is quite well-known for its breathtaking natural locales and hot springs. It is also home to the world-renowned Harrison Hot Springs Resort and Spa, located at 100 Esplanade Avenue. Therefore, it is not surprising why the production team decided to shoot the film in the serene town.

Autumn Reeser portrays Lauren Garrett in this romantic drama. The actress is known for her roles in series such as ‘Entourage,’ ‘The O.C.,’ ‘Necessary Roughness,’ and ‘The Arrangement.’ She also appears in the films ‘Season for Love,’ ‘Christmas Under the Stars,’ ‘Love on the Menu,’ and ‘A Glenbrooke Christmas.’

Actor-producer Andrew Walker essays the role of Lauren’s love interest, Jack West. His first on-screen appearance is the 1997 film ‘Laserhawk.’ You might recognize him from films and TV series such as ‘The Gundown,’ ‘Student Bodies,’ ‘When Calls the Heart,’ and ‘Against the Wall.’ Fans of Hallmark productions would remember the actor from ‘A Dream of Christmas,’ ‘Merry & Bright,’ ‘Sweet Autumn,’ and ‘Christmas Tree Lane.’ Other actors who appear in supporting roles are Lillian Doucet-Roche (Heather), Rhiannon Fish (Ayla West), Colleen Wheeler (Sally West), and Frances Flanagan (Bonnie Garrett).