Will There be a Halt and Catch Fire Season 5? 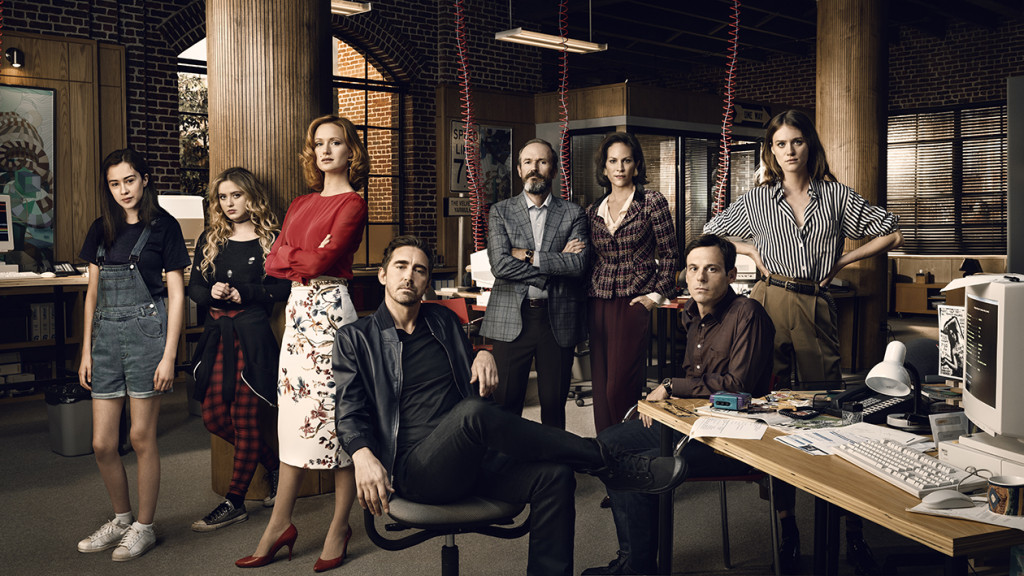 Halt and Catch Fire is an American period sci-fi drama created by Christopher Cantwell and Christopher C. Rogers. It premiered on AMC on June 1, 2014. Cantwell is the writer for the series along with his screenwriting partner Rogers. The development of the project was started by the duo when Cantwell was pursuing his graduation. The plot of the series takes place over a course of ten years.

It is set in the era of the personal computer revolution and also depicts the growth of the World Wide Web in the ’90s. The name of the series is based on the popular machine language code HCF which sends the computer in deadlock.

The show has had four successful seasons so far and was well-received by viewers and critics alike. The general consensus on the series gradually increased with each season. Now the question is, will there be a Halt and Catch Fire season 5? We will delve into that question, but first, let’s quickly look into the details of the series.

Halt and Catch Fire Cast: Who’s in it?

The main cast of the series includes many household American names like Lee Pace and Scoot McNairy. Lee Pace is one of the series’ protagonists, Joe MacMillan, a technology entrepreneur and a former IBM sales executive who works in Cardiff Electric (the fictional company in the show). Pace is a popular figure in Hollywood. He has starred in numerous roles from Thranduil in the Hobbit trilogy to Ronan in the Marvel Cinematic Universe.

Scoot McNairy stars as Gordon Clark, a computer engineer who is assigned with the job of creating an IBM clone. He has had minor to supporting roles in shows like Fargo (FX) and True Detective (HBO).

Cameron Howe, who is recruited by Joe to write the BIOS for the IBM clone, is played by Mackenzie Davis. Later in the series, she forms her own gaming company. Davis gained recognition in the sci-fi genre after this series; she went on to star in movies like Martian and Blade Runner 2049. She is also seen in the British sci-fi series Black Mirror.

Kerry Bishe portrays the character of Donna Clark, Gordon’s wife. Donna becomes Cameron’s partner after leaving her engineering job at Texas Instruments. Toby Huss, known for his voice-over work on King of the Hill, plays John Bosworth — the Vice President of Cardiff Electric, who goes ahead and hires Joe. Sara Wheeler, who pursues journalism as a freelancer and is Joe’s girlfriend, appears in the second season and is played by Aleksa Palladino.

Halt and Catch Fire Plot: What is it about?

The first season starts in the ’80s during the personal computer revolution. Joe MacMillan tries to reinvent the product of his former employer and he pushes Cardiff Electric into the PC race. Joe’s plan is to make clones of IBM PCs which work at twice their speed but cost half compared to the IBM ones. He recruits a team of engineering prodigies to work on the project. Their crowning jewel becomes the ‘Cardiff Giant’ which starts producing in large numbers for distribution in the mass market. While the whole team is celebrating the success of the project, Joe burns the truck containing the first shipment of ‘Cardiff’ and runs away. The season ends with Gordon left in charge of the company.

Season 2 of the series opens with Cameron and Donna not concurring on the way to manage their new organization, Mutiny. Joe and Gordon confront each other after Cardiff Electric is sold. As the story unfolds further, Joe proposes to Sara Wheeler, to gain advantages in his professional life from Sara’s father. Gordon starts a working relationship with Joe, which starts straining their married life. Meanwhile, a rift occurs between Cameron and Donna. Bosworth is discharged from jail and needs to manage a family that doesn’t need him back, and he finds himself in a difficult situation after being rejected by the industry.

Mutiny shifts to San Francisco but Donna and Cameron acknowledge they need another profitable plan to propel their business. Gordon is employed on different projects; however, his health is crumbling, and he’s likewise suing Joe MacMillan for taking his antivirus idea. In the meantime, Joe is gaining success consistently and his organization figures out how to grab one of Mutiny’s coders, causing internal fallouts. In the background, the onset of the Silicon Valley culture starts, and the World Wide Web is born.

The final and fourth season brings the story full circle. During the early days of the Internet, the characters try to tie up loose ends. Simultaneously, they tackle their relationships and issues over their work life. Donna and Cameron start reconciling and takes their work forward while Joe returns home and becomes a humanities teacher.

Halt and Catch Fire Season 5 Release Date: When will it premiere?

The series was officially wrapped up by AMC with the fourth season being its last. There may be a spin-off in the future, but AMC has not announced anything as yet and thus, it’s safe to say that Halt and Catch Fire season 5 stands cancelled and the show won’t be returning for another season anytime in the near future. The series can be binged right now on Netflix.

Those who haven’t heard of it, here is a trailer from its debut season to give you a taste of it. Head over to Netflix to binge all four seasons.