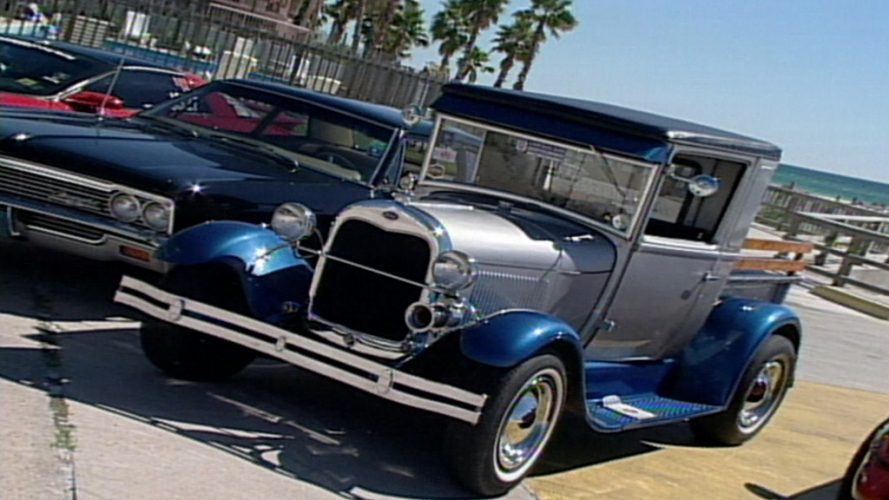 Hand Built Hot Rods is a TV program where Steve Strope and his crew put their skills and techniques to test to build custom hot rods at Pure Vision. The first season of Hand Built Hot Rods started airing from 12th November 2018. Any kind of automobile can be dismantled and rebuild by the expert team. Steve and his gang think out of the box to restore the custom automobiles or convert street machines into beautiful cars. Pure Vision helps in redeveloping the old model of vehicles by adding classic designs from the past and innovative engineering technology from the present.

Numerous cars designed by Steve and his gang have won awards, and some of his cars were also featured in the “Fast and Furious” movie franchise. One of their models named Iron Orchids had won five awards, and it is this car that has gained the maximum awards in the series. Awards such as Outstanding Engine-Rod, Outstanding Street Rod, Outstanding Use of Color Design as well as Outstanding Undercarriage. Apart from that, the car was also selected for the Street Rodder Magazine Top 100 award in the United States. “I took everything that I loved from four genres of cars of the mid-1960’s era – show cars, customs, race cars, and hot rods – and tried to incorporate elements of each into one that would blow people’s minds,” said Shuten. “I was blown away by the response, it certainly seemed like ‘Iron Orchid’ was one of the most talked about cars of the show, and that means more to me than winning an award.” Besides Iron Orchids, Boeckmann’s ’34 Ford Coupe was all praise for its power and for Critical Mass Excellence.

Hand Built Hot Rods Season 2 Cast: Who is in it?

Billy Gibbons is the narrator of the show and he is expected to return in the upcoming season as well.

Hand Built Hot Rods Season 2 Plot: What is it about?

In the first season, Steve Strope and his crew have to use their creativity to rebuild a custom ’57 Ford Wagon at Pure Vision. They set their eyes on SEMA. Steve tries to his best to complete the task, and his gang remodels an award-winning vehicle in due time. In the next episode, they reshape the custom ’57 Ford Wagon and deliver the car to SEMA which will be revealed at SEMA. Later on, the crew visits their old client to see their own built car. A client from Australia approaches Steve Strope and his gang to rebuild a rare ’63 Toyota Stout. They have to add multiple things into a small truck. On the other hand, the crew starts their work on a car of their old client who is an entertainer as well as s comedian named Joe Rogan. In the next episode, a new client asks Steve Strope and his team to work on his ’63 Chevy Nova. The crew has to face a challenge when the tires need work. The crew also spends their time working on ’64 Oldsmobile which is one of the four wheelers of Steve. In the next episode, Steve Strope and his crew have to transform an old 1971 GTO convertible which belongs to their old customer. A client also visits Pure Vision to fix quickly and to touch up his car.

In the last episode, Pure Vision and Steve Strope have to work on a 1969 Nova owned by Joe Rogan. Kelly has to rebuild his father’s 1932 Ford Coupe which has been passed from his grandfather, then to his father and now to him. “I couldn’t be more proud of Iron Orchid, Dave Shuten, and the team,” said Boeckmann. “They’ve put together one of the most beautiful cars that have ever come out of Galpin and the most beautiful hot rod I have ever seen. This car really shows the pride and quality of workmanship of everyone here and demonstrates what they are capable of doing.”

This series has been widely praised by automobile lovers. There is no other show like this one. It has also successfully completed airing six episodes as part of season 1 so far. We have no updates as yet on the air date of Hand Built Hot Rods season 2. Velocity has yet to announce whether the series has been renewed or cancelled for season 2. We will update the section as we find out more on the series. Hopefully, news will come out soon. For now, fans are just going to have to wait and hope that Hand Built Hot Rods returns for its next season.

The series has not been renewed for a second season. Thus it leaves us with no promotional content (such as trailers or teasers) exclusively for another tentative season either. You can watch the trailer for the first season of Hand Built Hot Rods in the meantime as you wait for updates on the next season.