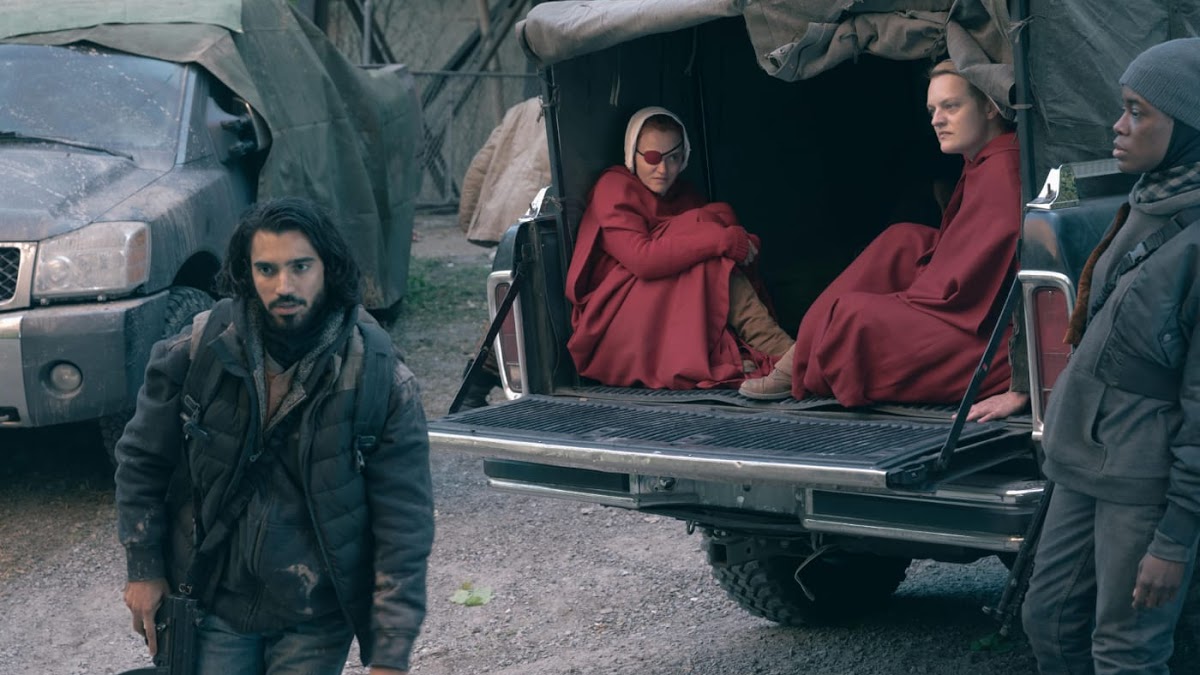 Janine’s strength and resilience shine through in the latest episode of ‘The Handmaid’s Tale’ season 4. June and Janine are tested by fate left, right, and center. The fact that they escaped seems to have made their lives more difficult as they find themselves treading on an unknown path. In episode 4, Rita meets Serena and learns something very surprising. You can go through the recap section to catch up on the latest episode. In case you are updated and are looking for information on episode 5, we have got you covered.

‘The Handmaid’s Tale’ season 4 episode 5 will release on May 12, 2021, at 12 am ET on Hulu. The fourth season has ten episodes in all, with new episodes releasing every Wednesday.

Where to Watch The Handmaid’s Tale Season 4 Episode 5?

‘The Handmaid’s Tale’ season 4 episode 5 is only available on Hulu. But if you want to bring yourself up to speed with the current season, you can watch the first three seasons on Amazon Prime Video, YouTube, iTunes, and Vudu.

The fifth episode of season 4 is titled ‘Chicago.’ In this episode, June will look for more allies. But in the meanwhile, she would need Janine’s help to get along with a new group of survivors. Elsewhere, it seems that a fresh batch of Handmaids might be preparing themselves for what lies ahead for them. You can take a look at the promo to see what the upcoming episode will bring to us!

The fourth episode of season 4 is titled ‘Milk.’ It picks up with June and Janine escaping the Birth Mobile. June convinces her friend that they must go to Chicago and contribute to the fight for freedom. The duo climbs onto a train and hides in a milk tanker. On this journey, Janine learns several shocking things that make her see June in a different light. Their relationship seems to be falling apart as Janine comes to know that June is responsible for the deaths of the other Handmaids. To make matters worse, June does not seem to have a concrete plan, except for finding other members of “Mayday.”

Eventually, June and Janine are discovered on the train by a group of soldiers. June asks for help from their captors and says that they would do anything in return. Unfortunately, she learns the hard way that this group of people is not who she thought they were. The two Handmaids leave from there. Elsewhere, Rita continues to look for her sister and nephew, who are still missing. She is surprised to learn that Serena Waterford wants to see her. When the two women meet, Serena shares the news of her pregnancy, which is nothing short of a miracle.

It turns out that Fred does not know about the pregnancy yet, and Serena wants Rita to help her with her unborn child. Later in the episode, Rita is shocked that Serena wants her to testify that she was forced to do the cruel things she did. Therefore, Rita meets Fred and tells him clearly that it is not her job to look after his family anymore. Before parting ways, she also hands him an envelope with a baby scan, implying that she discloses the news of Serena’s pregnancy to him. The episode ends with June changing out of her Handmaid’s uniform. Janine accepts June’s apology; however, it seems that her emotional scars are still raw.