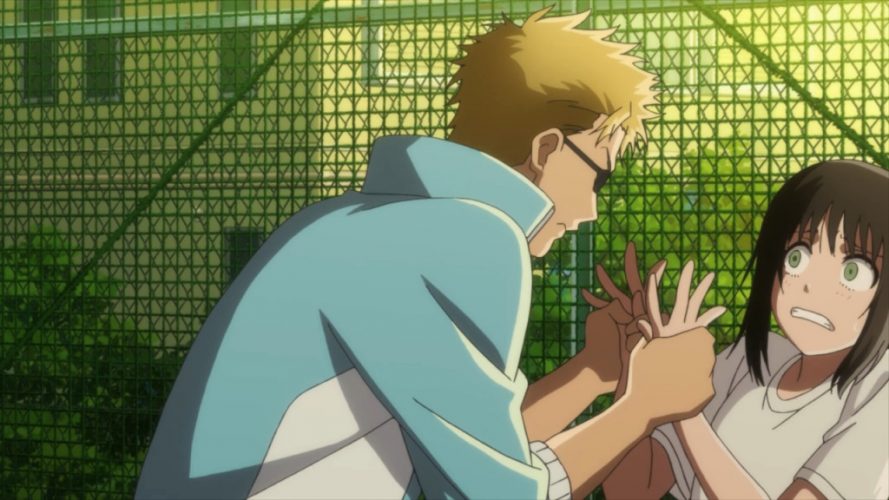 Hanebado! (also known as The Badminton Play of Ayano Hanesaki!) is a Japanese sports anime television series which is based on a manga series of the same name. Written and illustrated by Kōsuke Hamada, the manga series was first published on the good! Afternoon magazine in Japan on July 7, 2013, and new chapters are being published even to this day. Half a decade after the initial publication of the manga series, a Japanese anime studio called Liden Films announced plans to adapt the manga into an anime television series, and Season 1 of Hanebado! premiered on July 2, 2018. It was an immediate hit among fans of the manga series and new viewers alike, and since then, fans have been waiting to hear news on a second season. Here’s everything we know about Season 2 of Hanebado! thus far.

Hanebado! Season 2 Release Date: When will it premiere?

Hanebado season 1, consisting of 13 episodes, premiered on July 2, 2018 and ran till October 1 of the same year. However, in spite of the show’s popularity, a second season has not been confirmed yet.

That being said, there’s no reason to get worried just yet. Anime shows sometimes take five years to renew, and hence, there’s plenty of time left for Liden Films to announce a renewal. Further, since new chapters of the manga series are still being published, there’s no dearth of source material for a second season. Given these facts, we think there’s a good chance of Hanebado! being renewed for a second season. If that happens, our best guess is that Hanebado season 2 release date could be sometime in 2020 or 2021. We’re keeping our ears open for news on Season 2 of Hanebado! and we’ll update this section as soon as we hear something reliable.

For those who like watching anime shows in English, the good news is that Hanebado! has a great English dub which was made keeping the show’s international fans in mind. If you want to watch the show in English, you can find dubbed episodes on Funimation, Crunchyroll, and Amazon Prime.

Hanebado! is a show about competitive badminton and follows two rivals as they learn to work with each other.

The show starts off when Nagisa Aragaki, the captain of the Kitakomachi High School badminton club, loses 21-0 to a prodigy called Ayano Hanesaki at the National Junior Badminton Tournament. Devastated by her loss, Nagisa’s love for the sport takes a sinister turn and when she returns to high school, she starts terrorizing other members of the badminton club by making them do gruelling, even inhumane drills. Understandably, very few can keep up with Nagisa’s drills, resulting in many leaving the badminton club. With members leaving the badminton club left, right, and centre, the club’s future starts to look extremely grim.

At this point, the Kitakomachi High School brings in a new coach for the badminton club – the revered Kentarō Tachibana. Kentarō is no ordinary high school team coach, but is a former Olympic-level player himself. Soon after Kentarō becomes coach, he starts looking for new talent to revitalize the badminton club, and finds Ayano Hanesaki, who is Nagisa’s rival. When Ayano finally joins the school’s badminton club, Nagisa is riled, but she soon realizes that Ayano has become a shadow of the person who beat her at the National Badminton Tournament. As the show progresses, Nagisa learns about Ayano’s love-hate relationship with badminton and the tragic story behind it. At the same time, Nagisa has to confront her own fears of inadequacy and help Ayano recover, and the show follows the evolving relationship between the two former rivals as they try to heal each other and bring victory to the school badminton club.

Although Hanebado! has a long list of characters, only a handful of characters are central to the plot of the show. Below, we’ve provided you with brief backgrounds on the important characters in the show.

Ayano Hanesaki: One of the two main protagonists of the show, Ayano is a first year student at the Kitakomachi High School and is a prodigious badminton player. Born to former badminton champion Uchika Hanesaki, Ayano was raised to become a badminton champion, and trained with Uchika for many years. However, in middle school, Ayano caught a cold before a match and lost, angering Uchika. Subsequently, Uchika left Ayano, and she had to be raised by her grandparents. Despite her prowess at badminton, Ayano’s troubled relationship with her mother is precisely why she has a love-hate relationship with badminton. As far as Ayano’s playing style is concerned, she is one of the few people in the entire series who can play equally well with both hands, and this gives her a major advantage over most other players in the show. Ayano is also a defensive player and is extremely skilled at continuing rallies. Owing to Ayano’s ability to continue rallies for long periods of time, she often adopts an approach which involves wearing down and opponent and then going in for the kill.

Nagisa Aragaki: The second protagonist of the show, Nagisa is a third year student at the Kitakomachi High School. After Nagisa loses to Ayano at the National Junior Badminton Tournament, her belief in her own abilities is shattered, which causes her to adopt a harsh stance towards her teammates at the badminton club. Owing to Nagisa’s antics and her inhumane drills, many break down and leave the club, putting its future at risk. However, over the course of the show, Nagisa starts to heal herself and rediscover her passion for badminton. As far as Nagisa’s playing style is concerned, she is an extremely offensive player and boasts tremendous physical prowess. Being tall and having an exceptional ability to jump, Nagisa uses the jumping smash as one of her foremost weapons in a game. Nagisa is also mentally tough and never counts herself out of a game, even if she is trailing by a massive margin of points.

Kentarō Tachibana: Although Kentarō is not a main character in the show, he is extremely important. Kentarō is the coach of the Kitakomachi High School badminton club and dreams of producing an Olympic gold medallist someday. When Kentarō was young, he was a prodigious badminton player and had the potential to win an Olympic gold medal himself. However, his professional career in badminton came to a tragic end when he sustained a major knee injury which ended his career.