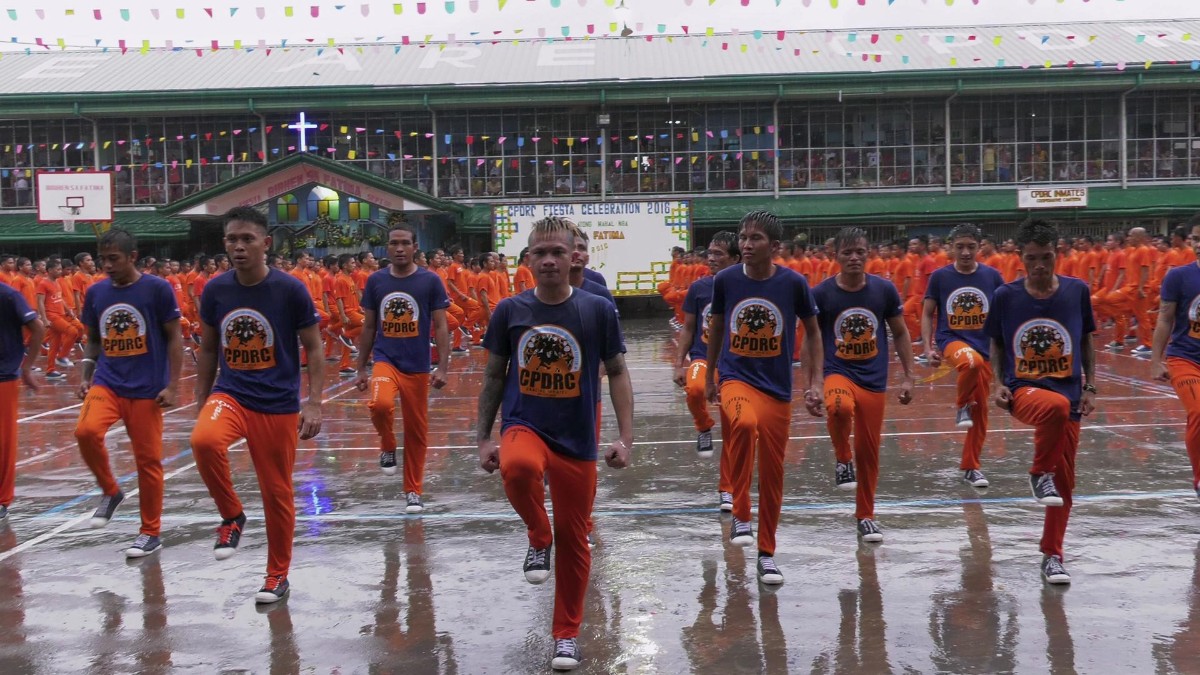 Almost 12 years ago, the world went crazy over a viral online video, which made it to the frontpages of all leading tabloids. In 2007, a clip showcasing a group of Asian prison inmates dancing to Michael Jackson’s ‘Thriller’ in full synchronization, became a global sensation. Documenting the real story of the prisoners in Cebu Provincial Detention and Rehabilitation Center (CPDRC) in the Philippines is the Netflix Original, ‘Happy Jail’.

Created by Emmy winner filmmaker Michele Josue (‘Matt Shepard Is a Friend of Mine’), ‘Happy Jail’ marks her comeback to the world of entertainment after 2014.

Happy Jail Cast: Who is in it?

The stars of ‘Happy Jail’ are, of course, CPDRC’s inmates. Via first-hand interviews and discussions, the docu-series attempts to shed light on their emotional stories.

Happy Jail Plot: What is it about?

‘Happy Jail’ is primarily centered around the lives of convicts in Cebu Provincial Detention and Rehabilitation Center (CPDRC), a jail that became famous after a viral dance number, that was performed by the inmates to Michael Jackson’s ‘Thriller’. An important part of its storyline is also about an ex-convict, who is given the post of the manager in this Philippine prison.

CPDRC is a detention center that is known as one of the most notorious jails in the country. However, everything is not so grim within its walls. An inevitable part of the detainees’ exercise and rehabilitation drill involves dancing. The series attempts to narrate how these convicts progressed to become dancing sensations and the events that have happened since 2007. Additionally, it also delves deeper into the tales of the inmates, stories that are hidden behind the flashy dance moves and their endearing smiles. It is heartrending to hear about their lives, their struggles while being apart from family, their battle with justice, and hopes for a better future.

Yes, life might seem peaceful inside the walls of this institute but things change when an ex-convict is hired to run it. The concept of ‘Happy Jail’ starts as a simple prison-based documentary. But it takes a serious turn after the national elections of 2016. A new governor is selected and a former inmate, Marco Toral, is made the head and consultant of CPDRC. This leads to the institute being put under immense scrutiny. The decision also disrupts the system and creates friction among the management and the newly elected governor, Hilario Davide III. Across the episodes, we catch glimpses of Toral’s activities and his most questionable activities. We even get to witness the heated political conflicts between Gwen Garcia and Davide III.

The show also delves into the events after the 2007 dance video. CPDRC was previously built only to hold 1,500 inmates. However, across the years, its numbers multiply to almost 4,000 inmates. As per Josue, “Our cameras were there when CPDRC was suddenly thrust into this new era, and its staff was overwhelmed with an influx of inmates and the pressure of it all. Over the next 3 years, we witnessed the jail change in meaningful ways.”

Lending a detailed look into the flawed justice system of the Philippines and the inner operations of CPRDC, ‘Happy Jail’ goes beyond the music and choreography and explores the lives of those detained in this maximum-security prison. Shedding light on the various complexities, struggles, and small joys that are common sights behind the bars of this facility, this sensitive five-part series definitely serves as an eye-opener. According to Josue, “So, I am eternally grateful for the opportunity to return and reconnect to the Philippines and to create Happy Jail, an honest, humanistic portrait that amplifies the stories and voices from my family’s homeland.”

Happy Jail Season 2 Release Date: When will it premiere?

Now, as far as a next season is concerned, Netflix has not come up with an official announcement yet. It is also worthwhile to note that the show has been dubbed as a mini-series. Hence, its chances of a renewal are quite low. However, the world of TV is packed with its own share of unpredictable surprises. If season 2 happens, it might revisit the inmates and check on their progress. In any case, if and when an announcement is made regarding ‘Happy Jail’ season 2, you will know about it first right here.

While we wait for an update on ‘Happy Jail’ season 2, check out the season 1 trailer below. You can also head to Netflix to check out the previous episodes.