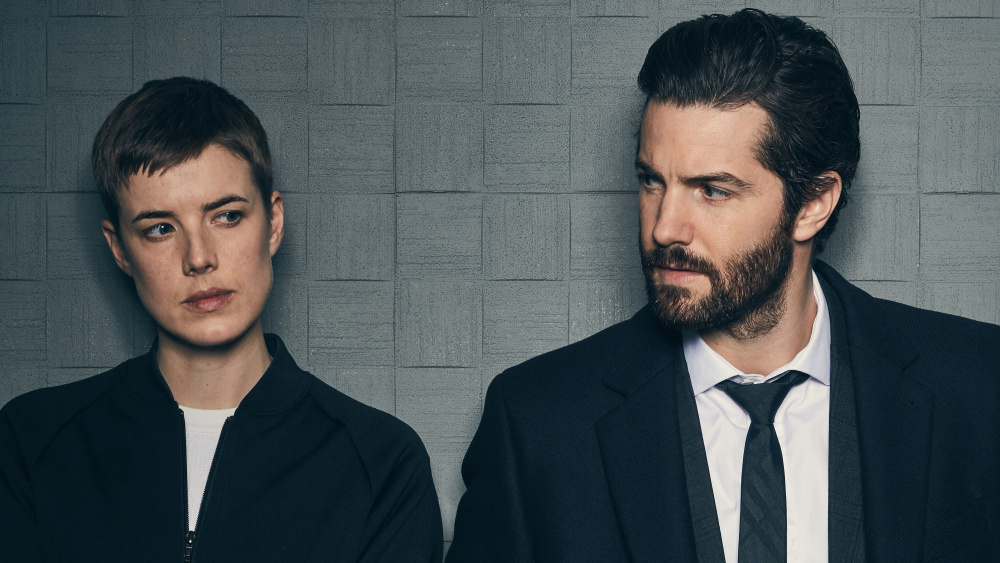 ‘Hard Sun’ is a pre-apocalyptic British-American tv show that is a mix of crime, drama, and science fiction. The show airs on BBC One in the UK and on Hulu in the USA. The series first premiered on January 6, 2018, on BBC One, and was available for streaming on Hulu on March 7, 2018. The show has been written and created by Neil Cross, who is famous for having made ‘Luther’.

The show dabbles in a lot of different avenues including conspiracies and doomsday scenarios galore, the maiden season in the series tells the story of an ill-fitting pair of detectives whose cries for preparation to the government, warning them of a mysterious cosmic event that would wipe off humanity, falls on deaf ears. Instead, the government tries to silence the two and thus begins a deadly game of cat and mouse.

There are several films and shows about the government trying to silence people who have the best interests of humanity at heart since they might pose a threat to the immediate functioning of society. Conspiracies like these are always fast-paced and have an intense feeling which cannot be shaken. The constant pursuing, the looking over the shoulder and the nagging fear are all elements which are present in this series, which is why fans have come to love it. Critics have, however, been cautious in their praise, saying, “Hard Sun’s heady mix of narrative and visual flourishes buckle under a surfeit of clichés that ultimately weigh it down and leave the show a muddled mess.”

Hard Sun Cast: Who is in it?

The main cast of ‘Hard Sun’ includes Jim Sturgess in the role of Detective Chief Inspector Charlie Hicks, and Agyness Deyn appearing in the role of Detective Inspector Elaine Renko. They are two detectives with opposing methods who team up to try and save the world from imminent destruction while also trying to outwit and outlive the MI5 operatives who are after them to silence the pair, so as not to let a widespread panic cause the societal structures to devolve into anarchy. There are several other cast members in the show, and they include the likes of Varada Sethu as Detective Sergeant Mishal Ali and Richard Coyle as Thom Blackwood. Overall, along with a host of other characters, they add a degree of richness to the show and portray the intricacies and bureaucracies in governmental institutions.

Hard Sun Plot: What is it about?

The official synopsis of the plot of ‘Hard Sun’ as listed on BBC’s website is as follows. “London detectives Charlie Hicks and Elaine Renko seek to enforce the law while protecting their loved ones in a world that is constantly slipping closer to certain destruction. Hicks is a family man and committed officer, but he is profoundly corrupt. Renko is difficult and damaged but utterly incorruptible. While they stand on opposite ends of the social and moral spectrums and have a serious distrust for each other, the partners must learn to work together if they’re going to survive until the end of the world.”

Cross’ style is evident in the neon-lit, gory, and violent visuals that the show presents. The plot is thrilling at times and Deyn’s performance is noteworthy, oscillating from carefully maintained blank expressions to those of intrigue. The same cannot be said for Sturgess’ performance, which could have been better. The show also becomes a little silly at times when it attempts to hold the hands of the viewers and explain everything to them, instead of leaving them to their own deductions. While this is acceptable and even welcome for complex plot points, it becomes a redundant technique in cases of simple aspects. The Guardian sums up the show, saying, “Affairs, healthy living, a troubled past – what does any of it count for if doom is certain? Based on this opener, Hard Sun, as handsome and competent as it is over-the-top, is up for grabs. It could rein in its excesses and end up a smart, contemplative thriller, or it could put its foot down, and embrace its full-throttle, operatic barminess.”

The show feels like an amalgamation of other shows and it would be good for it to find its own voice. Also, perhaps, if it could take itself a little less seriously and stop portraying the entire narrative through a pessimistic lens, and instead choose to go with a more balanced narrative approach, it would really do wonders for the direction in which the series is headed.

Hard Sun Season 2 Release Date: When will it premiere?

‘Hard Sun’ Season 1 premiered on January 6, 2018, in the UK and on March 7, 2018, in the USA. However, the show’s viewership ratings were not very good, and this prompted the network to cancel the show. A spokesperson for BBC said, “We sometimes have to make difficult decisions to make room for new shows. ‘Hard Sun’ won’t be returning for a second series.” However, Cross has other ideas, since he intended the show to run beyond one season, and also has apparently sketched out a five-season arc. So, fans should not lose all their hopes. There’s still a possibility that some other network picks up the show since Cross has a name for himself thanks to ‘Luther‘. If that happens, we will update you about ‘Hard Sun’ Season 2 release date.  .

Check out the trailer for Season 1 to refresh your memories of the show. If you have not seen the series then you can give it a watch for its lead characters and well-executed visuals.