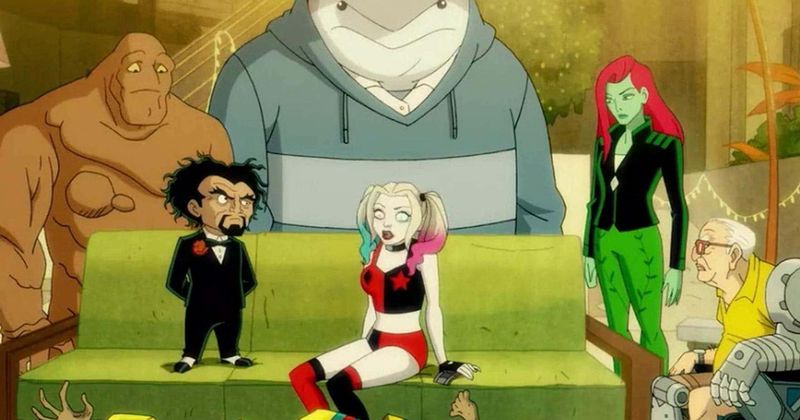 Last week, in ‘Harley Quinn’, we witnessed how Harley discovers that her own parents were against her because of a bounty on her head. Not only this, her best friend Ivy is in the clutches of Scarecrow. Devastated, Harley returns to Gotham this week and tries to make amends with her crew in order to save Ivy. But is she successful? Read our recap section for answers.

Now, if you are done with episode 11, you must be impatient to know the details of the upcoming episode. Well, read on to know everything about ‘Harley Quinn’ season 1 episode 12.

Harley Quinn Episode 12 Release Date: When Will It Premiere?

Here’s what the official synopsis for episode 12 says: “Harley thinks the Legion of Doom is behind Ivy’s capture and the tree monsters currently ravaging Gotham. But it’s a trap!”

You can watch ‘Harley Quinn’ season 1 episode 12 by tuning into DC Universe if you have a cable subscription for the channel.

In episode 11, Harley is finally able to reunite with her crew and after apologizing to them, she seeks their help in rescuing Ivy from the clutches of Scarecrow. Her team agrees only for Ivy’s sake. On the other hand, Scarecrow aims to use Ivy’s pheromones in order to destroy Gotham. He also has another plan of poisoning her with his fear toxin so that she would go into a panic mode.

The crew hatches a plan and decides to enter Ivy’s head. Doctor Psycho helps them in this mission while Borgman guards their bodies. When they are inside her head, Frank informs them that the only way to save Ivy is to destroy her deepest fear – a being, which looks like the Grim Reaper.

Harley is able to defeat the Reaper but is shocked to see her own face under his hood. This means she is Ivy’s greatest fear. The team then chases Scarecrow on the Harley Quinn Highway, with Ivy informing Harley that she is still upset over the fact that Harley had chosen the Joker above her friends.

However, they cannot catch up with Scarecrow, who successfully drives his truck into Gotham Reservoir and infects the city’s water supply with Ivy’s pheromones. As a result, almost all the trees of Gotham are turned into terrible monsters.