Where to Stream ‘Harriet’? 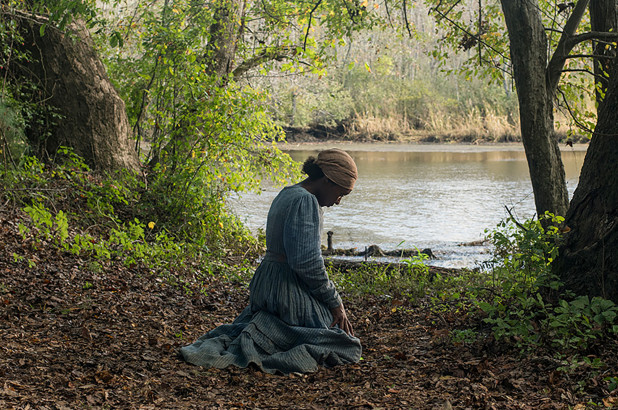 ‘Harriet’ is a biographical movie about Harriet Tubman, the slave turned abolitionist. When people call the United States the land of the free and home of the brave, they often forget the violent period of slavery that existed in the country. There have been several accounts from Africans themselves, about the hardships they had to face, but a lot of these narratives have gotten lost or been forgotten over time. However, what we should not forget is the history of black people in America and how they fought for their own freedom.

The freedom of slaves is often attributed merely to the Civil War, but there were several black people who were instrumental in bringing about their own emancipation. Harriet Tubman was firmly one such woman who led an extraordinary life. The movie chronicles some of her amazing feats, from the time she escaped from slavery to the decade that followed, when she helped several other slaves escape. It is truly wonderful to see these stories becoming a part of the mainstream culture.

‘Harriet’ comes from Kasi Lemmons, and had its premiere at the Toronto Film Festival, before being released theatrically. Critics have praised the movie for its performance although they have pointed out the formulaic approach the film takes. Nonetheless, ‘Harriet’ is definitely a movie you should see for the story, and we are here to tell you where you can watch it. However, first, let us briefly tell you about the movie itself.

What is Harriet About?

‘Harriet’ follows the story of Harriet Tubman, who escaped slavery herself, and became an abolitionist, leading slaves to freedom on the Underground Railroad. In the movie, as we see Tubman freeing nearly seventy slaves, there is an interesting reference to the visions this revolutionary often got. Tubman apparently spoke to God, and the movie makes excellent use of the visions that stop her dead in the tracks, while also giving viewers an insight into the scarred minds of those sold into slavery.

The movie specially chooses to focus on 1849 and the decade after because Tubman’s image is often confused with an older, wiser woman. However, ‘Harriet’ attempts to show the woman when she was young and actually accomplishing the feats that would eventually make her an iconic figure. Moreover, the decade after Tubman’s escape from slavery is poignant and interesting in its own way, because Congress was trying to appease the South to stave off the Civil War. While the Civil War is mentioned in the movie, it never comes to the foreground. Therefore, there is no chance given to the white individual to overshadow Tubman’s narrative. ‘Harriet’ is safely her film, telling her story.

Tubman’s story began when she fell ill in 1849, prompting her master to look for a seller. Hoping not to be separated from her family, the woman began to pray to God to change her master’s ways. The prayers did not seem to have much effect, as the man was about to conclude her sale. Tubman changed her prayers asking God to kill her master. In this, the Lord probably helped. After her master’s death, another complication arose, as Tubman would probably be separated as her family members would be sold as well. Choosing liberty or death, Tubman and her brothers escaped. Though Tubman’s brothers had second thoughts, forcing her to return, she fled again. This time, without her brothers, she made use of the Underground Railroad. This was an informal system set up by abolitionists, activists, and enslaved black people.

Tubman traveled by the light of the North Star, using the marshes and woods as hideouts during the day. She only discussed the escape routes much later in her life, because other slaves were using them too. Nonetheless, she finally made it to Pennsylvania. Over the next 11 years, Tubman organized 13 expeditions where she rescued around 70 slaves. Although the woman started with her own family, she soon lent a helping hand to anyone willing to escape. She got the nickname ‘Moses’ for helping her people. Tubman’s ingenuity in using various routes to evade capture forms the crux of ‘Harriet’, making it a most fascinating watch. Now, without further ado, let us tell you where to stream the movie.

Is Harriet on Netflix?

Netflix is well-positioned to call itself a premier streaming platform. After all, it has a diverse and well-stocked library that takes various viewers into account, providing something for everyone. While ‘Harriet’ is not on the platform, you can check out ‘Mudbound‘, which tells the story of how racism remained for a long time in the South, victimizing several black people, long after slavery was abolished.

Is Harriet on Hulu?

Hulu is one of the best platforms to be a part of, simply because they keep updating their library and adding new content all the time, in order to stay ahead of the competition. Smart additions have indeed made Hulu a platform to watch out for. While ‘Harriet’ is not on the platform, you can check out ‘The Color Purple‘ which is a touching tale of the abuse and bigotry faced by a black woman in the southern states.

Is Harriet on Amazon Prime?

Amazon Prime is probably the closest competitor to Netflix when it comes to content. The platform boasts of an enormous library, that is designed to attract viewers with varying tastes. While ‘Harriet’ is not available for Prime subscribers, you can check out ‘Warriors of Honor‘, which takes a look at the Civil War that ultimately led to the abolishment of slavery.

Where Can I Stream Harriet Online?

Unfortunately, you cannot stream ‘Harriet’ online yet. You have to wait until it arrives at one of the major platforms before it becomes available elsewhere.

Is Harriet Out On DVD and BluRay?

Yes, ‘Harriet’ is available in both DVD and BluRay formats and you can buy the same from Amazon right away.

Can I Stream Harriet Online For Free?

Sorry freeloaders, but you cannot stream ‘Harriet’ online for free at the moment. It has just released and is still running in theaters if you wish to catch it there.