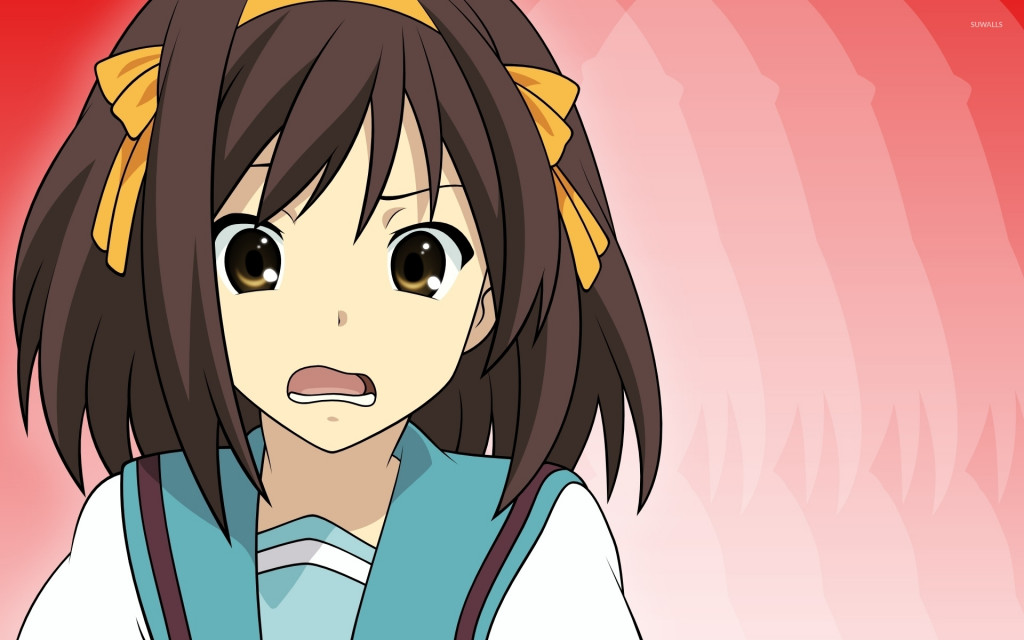 ‘Haruhi Suzumiya’, also known as ‘Suzumiya Haruhi’, is a series of Japanese light novels written by Nagaru Tanigawa with illustrations provided by Noizi Ito. Originally clubbed with the novel ‘The Melancholy of Haruhi Suzumiya’, ‘Haruhi Suzumiya’ is a combination of full-length novels and short stories that produced a total of 11 volumes. Initially starting in the year 2003, the latest release for the series has been marked on the 31st of October, 2018, which was a special one-time revival issue. The series has also been adapted into four separate manga adaptations along with an anime adaptation, two original net animation series and an animated film.

Haruhi Suzumiya Season 3 Release Date: When will it premiere?

‘The Melancholy of Haruhi Suzumiya’ season 1, produced by Japanese animation studio Kyoto Animation and directed by Tatsuya Ishihara, aired in Japan on the April 2, 2006. It had 14 episodes that were broadcast in a non-linear manner. ‘The Melancholy of Haruhi Suzumiya’ season 2 came out in 2009 and was clubbed along with a re-airing of the first season as was speculated by many. It produced another 14 episodes bringing the total count of the series to 28.

‘The Melancholy of Haruhi Suzumiya’ season 3 speculation was recently fueled by the community simply due to the release of a special one-time novel back in October of 2018. Though nothing has been confirmed as of yet, it seems a new season for the anime is not completely out of the books. Even though the animation series was produced to boost the sales of the original light novels, they were quite popular among the community and that’s the reason behind our optimism. It is important to note here that the two original net series and the animated films are sometimes considered by fans as somewhat of spiritual successors. Therefore, it is a matter of much debate at this moment whether the show will be renewed. Our best guess is that if things go well, ‘The Melancholy of Haruhi Suzumiya’ season 3 release date could fall sometime in 2021. We will update this section as soon as we hear more.

You can stream ‘The Melancholy of Haruhi Suzumiya,’ on Funimation with its original Japanese audio and English subtitles.

The plot of the series revolves around the young and energetic protagonist ‘Haruhi Suzumiya’ as is evident from the title. She is joined by Kyon, another classmate and together they form the SOS (Spreading excitement all Over the world with Haruhi Suzumiya Brigade). Kyon meets Haruhi during their class introduction where she flat out states that she has no interest in being friends with people who are not interested in supernatural activities or better still, aliens. Most of the classroom laughs it off and dismisses her but she catches the attention of Kyon who later approaches her about her interests. She explains that she is interested in supernatural stuff, time travelers, magic and aliens and would like to investigate and study more about them. Basically everything that challenges the very norms of existence is of interest to Haruhi and she tells him that she is planning to form a club to hunt down these sightings.

Noticing that Kyon is the only one who is even remotely interested in her gibberish, she literally drags him along and forms SOS along with him. Once she registers the same under the official name ‘Support the Student Body by Overworking to Make the World a Better Place Student Service Brigade’ in the school registry so as not to arouse any suspicion, they set about their business. It is during this time that we are introduced to two new characters, namely Yuki Nagato and Mikuru Asahina. Yuki is a bookworm who prefers to spend her time tucked away with her books while constantly monitoring the situation around her. Mikuru is a timid and soft-spoken girl who often gets into trouble because of her immaturity. They both decide to join the SOS bringing the total strength of the group to 4.

Some time passes and the group start developing the club room so as to better represent their cause and target. Haruhi manages to retrieve an old computer from the Computer Research Society, which the group later puts to good use. While Haruhi and Mikuru are engrossed handing out fillers and promoting their club, Yuki calls over Kyon to her apartment in order to reveal the truth to him. She tells him that she and Haruhi are not what he thinks they are, i.e. normal human beings. She explains the Integrated Data Sentient Entity and how they are intricately linked to it and how Haruhi possesses the power to destroy their entire plane of existence if she wanted to.

She also explains that Haruhi is not aware of her powers and therefore, she has been sent by her organization in order to ensure that Haruhi never reaches that point of destruction. One by one, all of them reveal to Kyon that they have been sent by their respective organizations in order to ensure the very same. They all tell Kyon that it’s best that Haruhi is kept in the dark about her abilities since it is extremely hard for a young child to control such reality-warping powers and that they are sure that she will not be able to handle it. Therefore, Kyon and the group begin to devise ways of keeping life interesting for Haruhi so that she never has to unleash her devastating powers.

Kyon: Voiced by Tomokazu Sugita in the original Japanese adaptation and by Crispin Freeman in the English adaptation, Kyon is a sarcastic high school student who has a laid back approach towards life. His original name is never mentioned and Kyon, the name given by his aunt, is what he is referred to by most of his friends. He takes an unusual liking towards Haruhi after she mentions that she is attracted towards supernatural stuff like aliens and he finds himself talking to her regularly before class. Before long, the two develop a bond and form a new club together called the SOS. He soon discovers that Haruhi is not a normal human being and possesses the power to destroy their entire plane of existence if she wanted to. He therefore, along with a few of their other friends, namely Itsuki Koizumi, Yuki Nagato and Mikuru Asahina, proceeds to make life interesting for Haruhi lest she decides to destroy their very world.

Haruhi Suzumiya: The main protagonist of the story and a bright eccentric high school student, Haruhi is the leader of the SOS student group and a good friend of Kyon’s. She in fact meets Kyon on the very first day of high school during their class introduction where Kyon is intrigued by her strange attraction towards anything supernatural. She then proceeds to form the group SOS, short for ‘Spreading excitement all Over the world with Haruhi Suzumiya Brigade’, which is also called ‘Support the Student Body by Overworking to Make the World a Better Place Student Service Brigade’ in their official school records so as to not arouse suspicion.

She is later revealed to have the powers to bend reality according to her wishes but she is unaware of it. Therefore, Kyon strives to make life interesting for her with the help of others in the group. They are forced to take part in several activities which Haruhi constantly comes up with in an attempt to not bore her. It is unclear whether the entire group is aware of the involvement of each other in the project but they are shown to tag along quite well despite their differences.