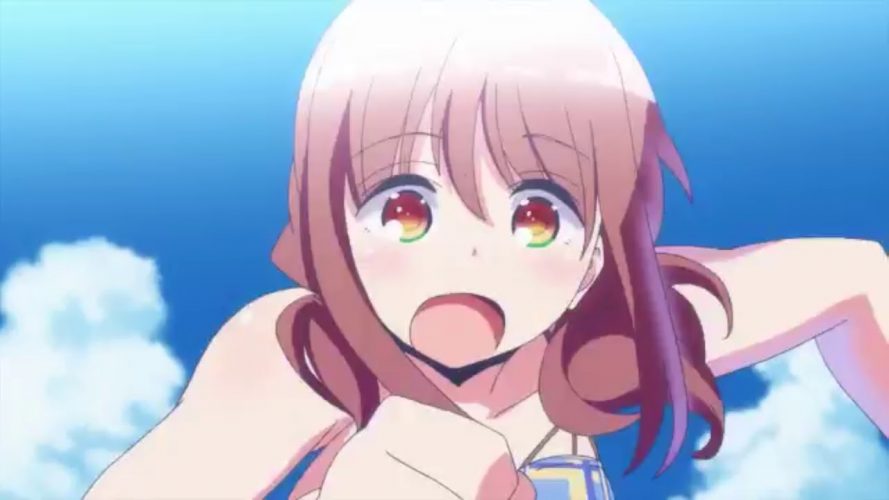 Harukana Receive (also known as Harukana Reshību in Japanese) is a sports anime television series which is based on a manga series of the same name. Written and illustrated by Jizai Nyoi, the manga series was first published in the Manga Time Kirara Forward magazine on August 24, 2015, and new chapters are being published even to this day. Around three years after the initial publication of the manga series, a Japanese anime studio called C2C announced plans to adapt into an anime television series, and Season 1 of Harukana Receive premiered on July 6, 2018. It was deemed a success by fans of the manga series and new viewers alike, and since then, fans have been waiting to hear news on a second season. Here’s everything we know about the prospects of Season 2 thus far.

Harukana Receive Season 2 Release Date: When will it premiere?

Harukana Receive season 1, consisting of 12 episodes, premiered on July 6, 2018 and ran till September 21 of the same year. However, in spite of its popularity, a second season has not been announced yet.

That being said, there’s no reason to get worried just yet. Anime shows sometimes take several years to renew, and hence, there’s plenty of time left for C2C to announce a renewal. Further, since new chapters of the manga series are still being published, there’s no dearth of source material for a second season. Given this fact, we think that there’s a pretty decent chance of Harukana Receive being renewed for a second season. If that happens, our best guess is that Harukana Receive season 2 release date could be sometime in 2020 or 2021. We’re keeping our ears open for news on Season 2 of Harukana Receive and we’ll update this section as soon as we hear something reliable.

For those who like watching anime shows in English, the good news is that Funimation licensed an English dub of the show soon after its release. However, in spite of there being an English dub, most anime streaming websites seem to have the original Japanese version with English subtitles. Either way, if you want to watch the show, you can find the English dub on Funimation and Amazon Prime, and the original Japanese version with subtitles on Crunchyroll.

Harukana Receive is set in the Japanese city of Okinawa, and is a show which revolves around the sport of beach volleyball.

The show starts off when Haruka Ōzora shifts to Okinawa and moves in with her grandmother and first cousin, Kanata Higa. While taking a walk down a nearby beach, she encounters a group of girls playing beach volleyball, and gets invited to take part. Moved by the girls’ kind gesture, Haruka joins the group and starts playing with the girls. However, what was supposed to be a harmless practice match becomes a full-fledged match when one of the girls, Narumi Tōi, sees Haruka’s cousin Kanata approach the court. In the match, Haruka and her cousin suffer a devastating defeat, and Haruka soon realizes the reason behind Kanata’s detached behaviour. She learns that Kanata and Narumi had once been a feared beach volleyball duo, but Kanata quit owing to her short height causing problems for Narumi.

Determined to help Kanata get over her inferiority complex about her short height, Haruka and Kanata form a high school beach volleyball team and look to compete in the upcoming Junior Tournament, which is just weeks away. However, this proves to be far from easy as Haruka has to learn the nitty-gritties of competitive beach volleyball and help Kanata recover from her crippling anxiety so that they can compete effectively as a team. After all, in beach volleyball, you’re only as good as your partner.

Harukana Receive has quite a few characters but only a few are central to the plot of the show. Below, we’ve provided you with brief backgrounds on each of the important characters.

Haruka Ōzora: One of the two main protagonists of the show, Haruka is a high school student who moves to Okinawa owing to her parents’ employment. She moves in with her grandmother and her first cousin, Kanata Higa, and is soon introduced to the world of beach volleyball. In spite of technically being a rookie at the sport, Haruka shows a natural affinity towards it and picks up the game fast. She is also aided by the fact that she is a rather tall girl. Soon, Haruka forms a beach volleyball team with Kanata, and while Kanata is cold and distant at first, they become close friends soon enough. As far as Haruka’s personality is concerned, she is a light-hearted and open person, and her openness can often result in her reacting emotionally to certain situations.

Kanata Higa: The second main protagonist of the show, Kanta is Haruka’s first cousin and a talented beach volleyball player. Although Kanata is an experienced and talented player, she had quit playing the game years ago after a fallout with her teammate, Narumi Tōi. Incidentally, this rift with Narumi happened because Narumi considered Kanta’s short stature to be a disadvantage to their team. This incident led to Kanata developing an inferiority complex about her height, and she shown to be in depression when the show starts. However, after Haruka forms a team with Kanata, she slowly regains confidence in her abilities and returns to her fearsome form as a beach volleyball player.

Narumi Tōi: Although not a main character in the show, Narumi is quite important to the plot of the show, especially to Kanata’s story arc. A serious and talented beach volleyball player, Narumi befriended Kanata while playing the sport, and the duo subsequently went on to become one of the most feared beach volleyball duos in their school circuit. However, owing to a disagreement with Kanata about her height, Narumi and Kanata goes their own ways. This affects Narumi to quite an extent, and even she is shown to be depressed. However, Narumi is shown to care about Kanata and feels relieved when she learns that Kanata has a new partner in Haruka. Subsequently, she starts recovering from her emotional rut.

Ayasa Tachibana: Narumi’s best friend and partner in beach volleyball, Ayasa is the second person with whom Haruka became friends with in Okinawa. Although Ayasa is shown to be friendly towards almost everyone, she shares a strong emotional bond with Narumi, and can get jealous if other people get too close to her. Originally an indoor volleyball champion, Ayasa shifted to beach volleyball after befriending Narumi.