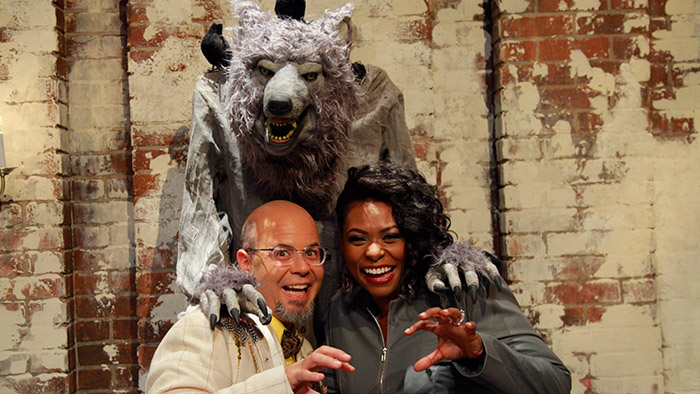 ‘Haunted Gingerbread Showdown’ is a good old fashioned television bake off reality series on Food Network. Host Sandra Lee pits nine gingerbread artists against each other in an interesting series of challenges to see who comes up shining. In each episode, contestants have to create various gingerbread masterpieces around an assigned theme. The final episode puts the winners of each of the previous episodes in a face-off to come up with the ultimate gingerbread haunted house. The ultimate winner of the final episode wins a $ 25,000 grand prize.

The first season of the show was a moderate success. Now the question is, will there be a Haunted Gingerbread Showdown Season 2. Here’s everything we know.

Who is the Host of Haunted Gingerbread Showdown?

The host of ‘Haunted Gingerbread Showdown’ is Sandra Lee who is renowned for her own trademark Semi-Homemade style of cooking. Sandra’s cooking style and tips have helped numerous home cooks to save money and come up with professional quality meals for their families. Judges on the show are Jamika Pessoa and Jason Smith but they are also joined by guest judges, such as “Elvira Mistress of the Dark”, and others. These judges decide the winner of each of the episodes. At the end of these episodes, the three winners face off in the grand finale to win the cash prize and get a feature in Food Network Magazine.

Host Sandra Lee is expected to be back for season 2.

What is Haunted Gingerbread Showdown About?

Episode 1 of the premiere season of ‘Haunted Gingerbread Showdown’ is called Beetlejuice. Since 2018 was the 30th anniversary of the cult and iconic film of the same name, Sandra Lee asks three contestant chefs to create their own gingerbread masterpieces in honour of the film. Judges Jamika Pessoa and Jason Smith are helped to make the decision by guest judge Elvira, Mistress of the Dark.

In episode 2, called Fright Night, the three participating chefs are tasked with creating a gingerbread haunted theme park. In this episode, guest judge Cake designer Barbarann Kym aids the judges in making their decision of the winner. In Episode 3, called Monster Mash, three talented home chef contestants have the challenge of creating a gingerbread Halloween party for ghosts, ghouls, other stars of the season. In this episode, chef and restauranteur Raffaele Ronca is the guest judge, who teams up with the regular judges from the show to judge which creation is worth a spot in the finale.

In Episode 4 of the first season of the ‘Haunted Gingerbread Showdown’, the grand final bake-off takes place. The episode is called ”The Ultimate Haunted House”, and the three winners from the three previous episodes are challenged to compete in creating the ultimate gingerbread haunted house. Judges and guest judges together decide on whose creation deserve the moniker of epic work and were good enough to win the grand cash prize.

If nothing else, the series gives the audience another chance at seeing artists at work and to enjoy the sight of some amazing baking and its amazing results. There is a gallery of images of the best creations from the show on the network home page, which is sure to tickle the fancy of foodies and non-foodies alike. Anyone who appreciated real skill and artistry is sure to be pleased by shows of this nature.

Haunted Gingerbread Showdown Season 2 Release Date: When will it premiere?

‘Haunted Gingerbread Showdown’ Season 1 premiered on October 7, 2018. Food Network is the acknowledged master of fun family shows, and their holiday season offering of this bake-off with a twist was no exception to the general feel good nature of their programming. Halloween 2018 saw Food Network put the haunted back into a haunted house.

As far as the next season goes, we have good news for the fans. The show has been renewed by the network, and ‘Haunted Gingerbread Showdown’ Season 2 is all set to premiere on October 6, 2019. Don’t forget to mark your calendars.

To check out clips from the show head over to Food Network.You can watch the entire first season of ‘Haunted Gingerbread Showdown’ right here.