Will There be a Haunted Season 3 on Netflix? 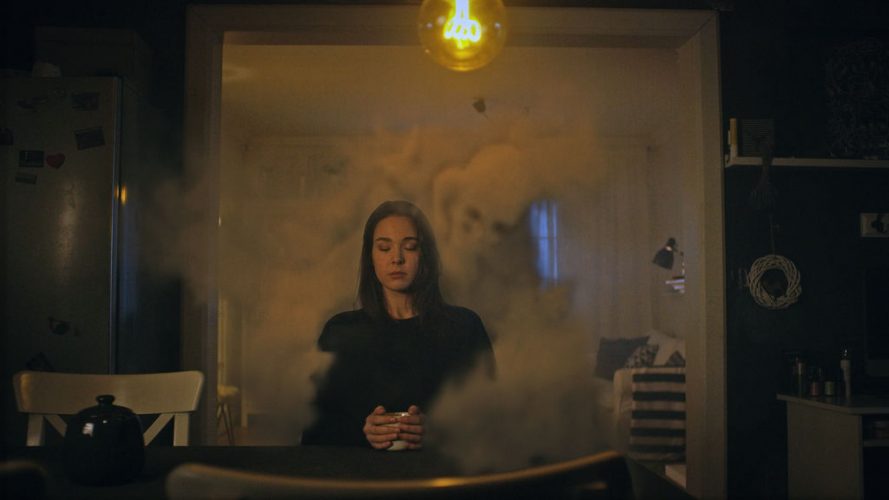 Haunted is an American paranormal anthology series that focuses on horror stories in which individuals or groups of people talk about their paranormal experience. The show first released in 2018 on Netflix. After its premiere, the show has picked up a good viewership for a relatively nondescript anthology series, paving the way for a second season, which released on October 11, 2019. Now the question is, will there be a Haunted season 3? Here’s everything we know.

Haunted Cast: Who’s in it?

As an anthology series, the cast is only transitory, and we expect a completely new set of tales and a brand new cast for next season. While it is beneficial to the kind of show that Haunted makes itself out to be, this also means that the cast for Haunted Season 3 is difficult to predict if not impossible. As we have seen in the previous season, Haunted doesn’t even have of any narrator, and so there are no hosts to act as a common thread between different episodes and arcs.

The cast of the show consists solely of the number of real-life people who recount their paranormal experiences to the viewer, and the occasional enactment to add some dramatization and much-needed spice. We expect season 3 to be also the same, and so the cast will contain the eyewitnesses and persons of interest related to the events at hand.

Haunted Plot: What is it about?

Whether it is the spooky season or not, spooky stories are always a much-craved spice in the cauldron for many. It should go without saying that whether or not one believes the paraphernalia of shows on paranormal activities as genuinely true accounts does not affect whether these shows will have a reliable viewership base because some of us just enjoy horror as a genre irrespective of suspension of disbelief. Merely due to this simple reason, there has always been a huge swath of fiction, quasi-fiction, and non-fiction entries in almost every medium – in print and on visual media. Nosferatu (1922) was among the earliest entries in the film world to be considered a classic, and many films in the decades that followed would again fashion itself after the Gothic literary canon.

Given this huge turnout at the very beginning of the film and the visual entertainment as a medium, it was no wonder that it also eventually seeped into regular TV broadcasting as horror as a pure genre. But it was not limited to that fictional sphere, neither was it the most successful manifestation of horror on TV. The pinnacle of horror in regular broadcasting was, and remains, the genre of ‘paranormal TV’. These are not the usual spook-tales with jumpscares per se, but they differ only in the premise and contexts.

‘Haunted’ is a collection of documentaries focusing on first-hand accounts with paranormal experiences. While the many horror cliques, and the fact that many of these tales do not hold up to terse scrutiny take away from the experience, ‘Haunted’ presents the paranormal TV genre in all its glory and high production value.

Season 2 of the show presented us with several fascinating tales of paranormal experiences. In the first episode, we meet a young woman, who lives in an old house, suddenly starts hearing roommates’ voices even when they are not really there. In another episode, we meet a US Marine who doesn’t get scared easily is shaken to the core when he is confronted by a demon with glowing eyes when serving in Afghanistan. In the last episode of the season, we meet a young boy who is convinced that he and his family is being followed by an evil figure called “The Hangman”.

Season 3 is expected to continue the format and bring to us several new stories of paranormal experiences.

Haunted Season 3 Release Date: When will it premiere?

Haunted season 2 premiered on October 11, 2019 on Netflix. The show was promoted, and is still officially recognized as an anthology series. While often confused with the secondary meaning for a ‘limited series’, an anthology series means the cast of characters and stories may not necessarily be coherent for it between seasons, which, given the nature of ‘Haunted’, is quite obvious.

Both the seasons of show has premiered in the month of October, clearly indicating that ‘Haunted’ is a part of Halloween lineup that Netflix releases every year. On top that, the show has been received well overall. Which means that there’s a good chance that the show come back again next year around Halloween. So, you can expect Haunted season 3 to release sometime in October, 2020.

Get a sneak peek into season 2 below, which highlights the mysterious and eerie tone of the show, as well as does a good job of summarizing its essence. Now would be a great time to get up to speed and dig into the show if you haven’t yet.