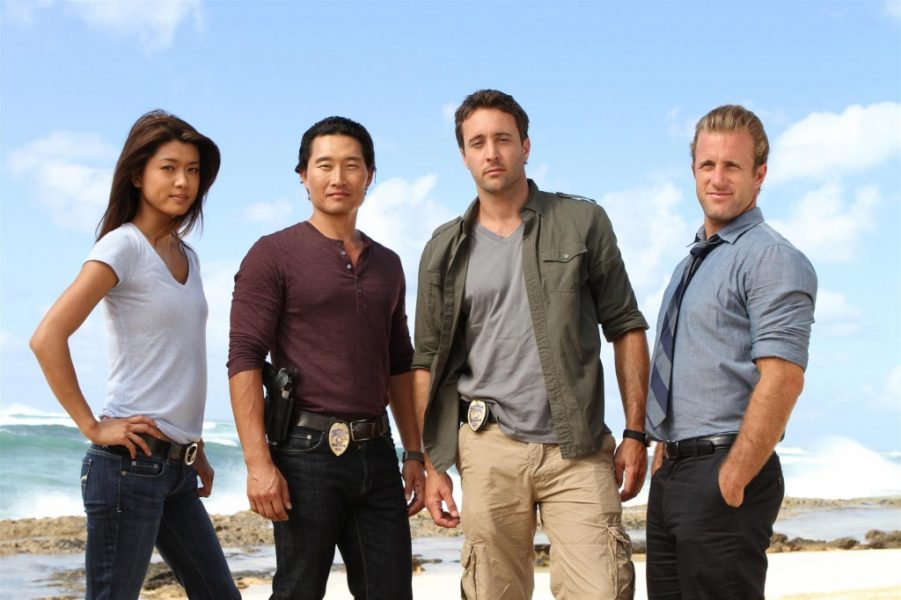 ‘Hawaii Five-0’ is a police procedural series that centers upon a highly-skilled task force put together by the Governor of Hawaii to eliminate organized crime from the Island of Oahu. It follows Lt. Commander Steve McGarrett leads the team as they investigate and solve dangerous crimes ranging from murder to terrorism and human trafficking. It has been developed by Alex Kurtzman, Roberto Orci, and Peter M. Lenkov. The action drama is a reboot of the eponymous series created by Leonard Freeman, that ran for 12 successful seasons between 1968 and 1980.

Upon its premiere on September 20, 2010, the show received critical acclaim for its picturesque locales, production design, talented ensemble, and for retaining the essence of the original series. It was also ranked as the Highest-Rated New Show in the U.S. in the Guinness World Records 2012. Over ten seasons, the show has garnered a loyal fanbase. It has won several accolades and has also been nominated for a Golden Globe Award and Emmy Award. It is also a part of the Lenkov-verse, which comprises other shows like ‘MacGyver’ and ‘Magnum P.I.’

Despite its popularity, CBS decided to cancel the show after ten seasons. You must be wondering: why was it canceled and if there is any chance that there will be a ‘Hawaii Five-0’ season 11? Let’s find out.

‘Hawaii Five-0’ season 10 premiered on September 27, 2019, and came to an end on April 3, 2020, after airing 22 episodes. The fans and critics lauded the action-packed and emotional series finale. You can watch all the episodes on CBS.

As far as the future of the series goes, here’s what we know. On February 28, 2020, CBS announced that the tenth season of the series will be its last. Kelly Kahl, the President of CBS Entertainment, said, “It’s never easy to say goodbye to a hit franchise that carried on the legacy of the original with such distinction while establishing its own signature style.”

Reacting to the cancellation news, co-creator Peter Lenkow told Deadline, “Hawaii Five-0 has been such a blessing to me and all of the people who have worked on this incredible show. I am forever indebted to the creative genius that was Leonard Freeman who gave us such a beautiful story to begin with. And my eternal gratitude to our cast, led by our hero Alex O’Loughlin, the writers, the production team, our CBS ohana, and most importantly – YOU, the fans, who allowed us to come to work with pride and made our series such a success. Mahalo.”

Here’s a video of the cast and crew, in which they share their experiences and memories that they have gathered while working on the show throughout the years.

But why was it canceled? You may ask. Well, talking about the same in an interview with EW, Lenkov said, “I feel like [CBS] just felt like it was the right time. These are such complicated decisions, and there are so many things that go into it. I think there were still a lot of ideas left for this show, but that’s the decision that they made. I feel very lucky that they kept a reboot on the air for 10 years and supported it for 10 years.”

Thus, ‘Hawaii 5-0’ season 11 is officially canceled. Of course, learning about the cancellation of your favorite show of ten years can be a bitter pill to swallow. But thanks to Lenkov, the show managed to have a conclusive series finale. Had he not tweaked some things and tied some loose ends at the last moment to give fans a definitive ending, it would’ve been frustrating.

So, we have got no choice but to be grateful for the fact that the creators pressed the brakes on their own terms. As for its future, we know one thing for sure, Peter Lenkov is not done yet. He has revealed that he would love to bring back the show in any form. Although it seems far-fetched as of today, I think the show might get picked up by some other network, somewhere down the line. After all, anything can happen in the world of television. Until then, you can always enjoy re-watching your favorite episodes or re-runs of the show.