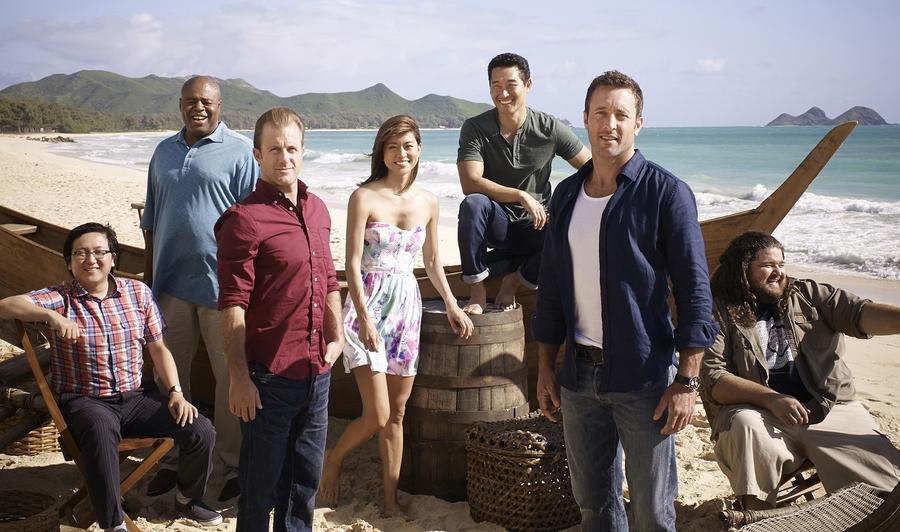 ‘Hawaii Five-O’ is an action drama and police procedural that airs on CBS. The series first premiered on September 20, 2010. For those unaware, it is a reimagining of the original series by Leonard Freeman, which also aired on CBS from 1968 to 1980. Much like the original series, the newer version also focuses on the elite state police task force that has been set up to combat major crimes in Hawaii.

The series has been developed by Peter M. Lenkov, Alex Kurtzman, and Roberto Orci. The series, being a remake of an old popular show, did not find it hard to attract viewers. Critics too received it favorably, calling it a slick and brisk reboot, with dashes of nostalgia and saying that the fine locales and cast members made the show an extremely enjoyable watch.

As far as the future of the show goes, fans should know that ‘Hawaii Five-O’ has enjoyed excellent ratings right since its premiere and that’s reflected in the confidence the network has shown in it.

The cast of ‘Hawaii Five-O’ is led by Alex O’Loughlin, who plays as Lieutenant Commander Steven J “Steve” McGarrett, a former Navy SEAL, whose father’s murder prompts him to return and form a task force.

Scott Caan plays Detective Sergeant Danny Williams who acts as the second in command of the team. Daniel Dae Kim is seen as Detective Lieutenant Chin Ho Kelly, Steven’s father’s protege and a veteran member of the Hawaiian Police Department.  Grace Park plays Officer Kono Kalakaua a surfer turned into a member of the team. She eventually left the show since CBS did not pay her equal wage as fellow co-stars Alex and Scott.

Taryn Manning appears as Mary Ann McGarrett Steve’s younger sister, with whom Steven often interacts, which gives us a look at his personal life as well. Masi Oka plays the role of Dr.Max Bergman, a well-respected member of the medical community despite being slightly eccentric. Lauren German appears as Special Agent Lori Weston, a senior agent from the Department of Homeland Security who provides oversight to the team in Hawaii.

Other cast members include Chi McBride as Captain Lou Grover, a cop transferred from Chicago; Meaghan Rath as Officer Tani Rey, another of McGarrett’s personal recruits; Taylor Wily as Kamekona Tupuola a confidential informant for the task force; Dennis Chun as Sergeant Duke Lukela, a liaison between the HPD and the task force.

Hawaii Five-O Plot: What is it about?

‘Hawaii Five-O’ follows the crime scene investigations that take place in Hawaii and is led by Lieutenant Commander Steven J. The investigation officers and their teams are answerable only to the Governor, who takes care of their resources and is concerned for their safety. The crimes that need to be cracked range from robbery, mugging, terrorism, murder, rape, and even potential terror attacks. The team enjoys full blanket authority to pursue criminals.

Over the seasons, the team has taken on different cases. Some of the initial team members have been replaced by several new candidates who Steve picks from the HPD academy. After all, the task force needs the best, and the top law enforcement officials join in order to serve the people. As the team members change, there is always a shift in the group dynamic, but Steve is a focused leader who keeps bringing them around and leads them in the right path as they enforce justice in the way they know best.

Should You Watch Hawaii Five-O?

What stands out about the show is its ability to keep viewers hooked despite the presence of a dizzying number of cop shows on television. Part of this probably has to do with the fact that all cast members are rather good-looking and for a cop show, they switch between their uniforms and swimsuits pretty quickly. But, I guess, that is Hawaii for you. More importantly, the pacing is intense albeit formulaic. You know there will be a threat or a crime and then there will be bickering among the team members before they eventually come together to handle the situation.

However, what should be noted is that some of the aspects of the cop show send across a message that the ends justify the means, and having this lack of answerability is not the kind of thing that we need from authoritarian institutions at the moment when there is a prejudicial abuse of power taking place. At the same time, the show does give us an idea of some of the prejudices that the cops might hold, and most importantly, it turns the lens towards the criminal underbelly that exists in Hawaii. Normally, when people think of this state, they see it is a vacation or party destination. However, there is a lot of shady things that carry on underneath the surface, and having a ruthless team like the task force, is sometimes the only way to keep the criminal elements in check.