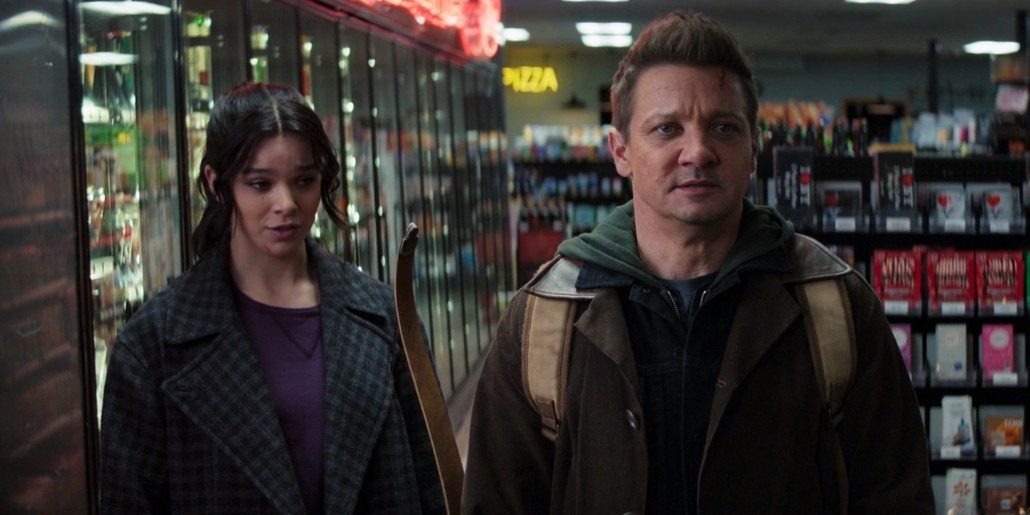 After dealing with some cosmic threats with the Avengers in the past, Clint Barton finds himself embroiled in a conflict with a group of street-level villains in ‘Hawkeye.’ The superhero series sees the introduction of Kate Bishop, a young archer who is trying to follow in Clint’s footsteps. In the second episode, Clint attempts to retrieve the Ronin suit so that he and Kate can be free from the dangers associated with the moniker. On the other hand, Kate tries to find clues about the mysterious death of Jack’s uncle, Armand Duquesne III.

In the end, Clint and Kate find themselves in a pickle, and every bit of their skill and strength will be tested. The ending also adds a fan-favorite Marvel Comics character into the mix to keep affairs spicy. Thus, all the ingredients are coming together to deliver an explosive third part of the series. We are sure viewers cannot wait to find out how Clint and Kate slip out of the challenging situation, and here’s everything that’s in store for the expert archers in ‘Hawkeye’ episode 3!

‘Hawkeye’ episode 3 will release on December 1, 2021, at 3 am ET on Disney+. The series consists of six episodes which are 45-50 minutes in length each. The first two episodes dropped on the service together on November 24, 2021. The rest of the episodes will debut on the streaming service weekly, on Wednesdays.

Where to Watch Hawkeye Episode 3 Online?

To watch the third episode of ‘Hawkeye,’ head over to Disney+. Subscribers of the service will be able to stream the new episode from the date and time specified above. The series is an exclusive offering from Disney+, and a subscription to the service is necessary to watch the latest episodes.

‘Hawkeye’ episode 3 will deal with the cliffhanger ending of episode 2. Clint and Kate are both captured by the Tracksuit Mafia and will be interrogated. The gang believes that Kate is Ronin, one of their bitter enemies. Therefore, they won’t be sparing the duo of archers so easily.

We will learn more about Maya Lopez, a young woman who holds a higher position in the gang’s hierarchy. Maya’s backstory could be connected to Clint’s time as Ronin. Thus, the former Avenger will be forced to confront the sins of his past. Maya’s skills as an expert assassin are bound to come into play as Clint and Kate will try to make an escape.

Clint allowed the Tracksuit Mafia to capture him, so he likely has a backup plan to escape. Clint might rely on his trick arrows to engineer an escape from the mafia, but whether he is able to put an end to the Ronin debacle remains to be seen. Additionally, we could learn more about Jack’s true motivations and the extent of his involvement in his uncle’s death.