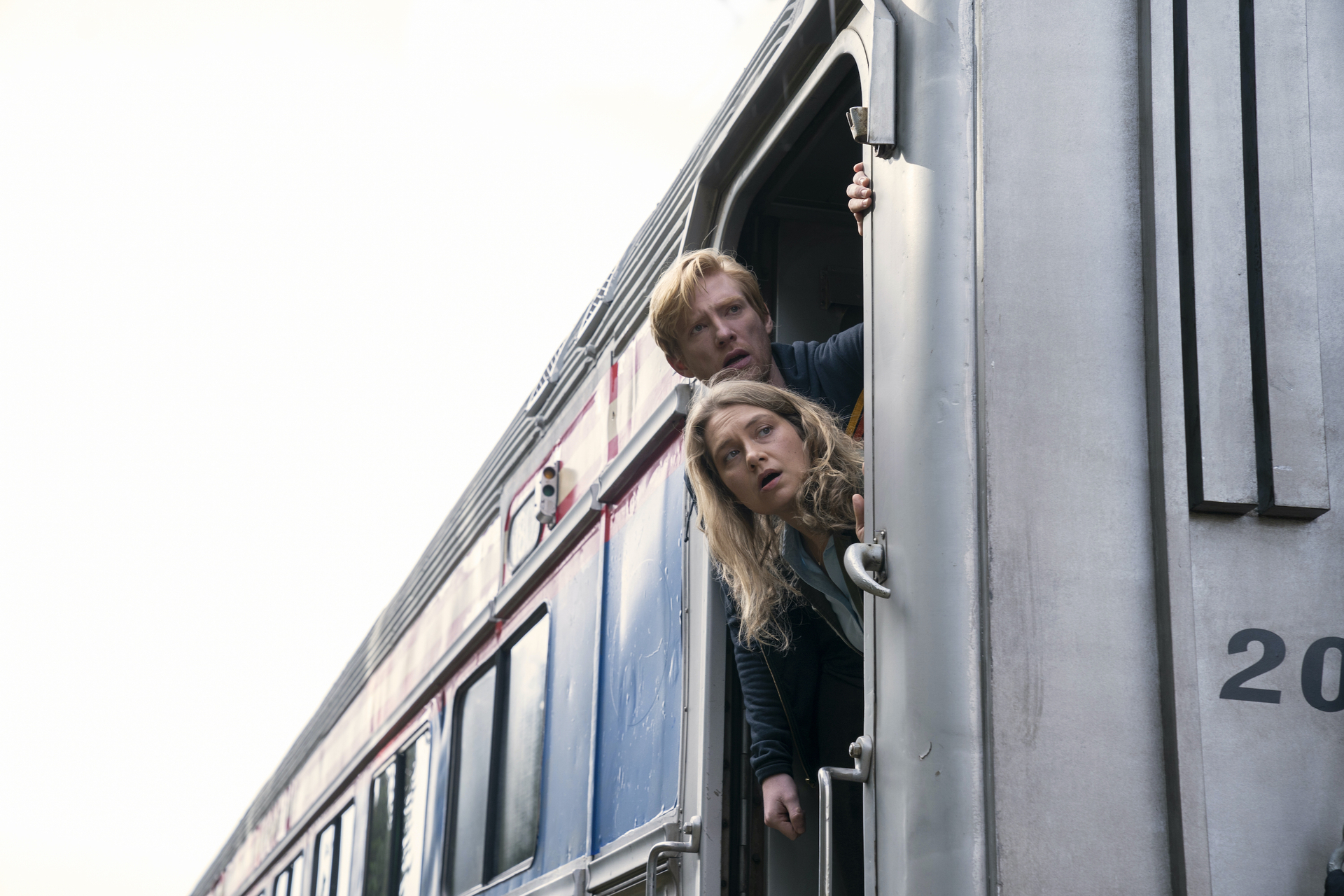 After spending the night in Chicago, Billy and Ruby head for their next destination, but they are not alone on the train. It looks like Fiona, aka Alice, has followed them, and she uses Ruby to know more about what’s happening with Billy. It was clear that she was after the money, but her relationship with Billy seems much more than just professional. By the end of the episode, she manages to get what she wants and jumps off the train. What does that mean for Ruby and, especially, Billy?

Where to Stream ‘Run’ Episode 5 Online?

‘Run’ Episode 5 is titled ‘Jump’, so it is a fair conclusion that Ruby and Billy will have to jump off the train. Fiona has the bag of money, which is probably all that Billy had, so the motivation to follow her off the train is good enough. He can’t just let her go, and neither can Ruby. Fiona has the recording from the hotel room, and because she has proved to be so deceptive, Ruby can’t trust her not to send it Laurence. The only way she can make sure that her husband doesn’t come to know about her infidelity is by getting Fiona’s phone.

Speaking of deception, it doesn’t look like Billy is still being completely honest about his motives. At first, the reason he texted “RUN” seemed to be because he was going through a rough patch in his career and wanted an escape. However, after the recording that Fiona shows him, it looks like he had planned to bank on the pact. It was quite an adventurous thing to make a pact for and, for sure, would have turned into a great book. So, did he do it because his career was into pieces, and he thought that this story could be his second chance? What happens when Ruby comes to know about this?

In this episode, we find yet another reason for Ruby to go back home. She had been conflicted about her decision to run away since the beginning. She would have been on her way home had her husband not blocked her cards. She would have been on the train home from the next station had she not come to know the truth about Alice and that there was a recording of her and Billy that could destroy her marriage. In the next episode, will Billy give her the final push she needs to get back to her life? Apart from all this thrill, another thing to make you excited for Episode 5 is Phoebe Waller-Bridge. It was about time she showed up.