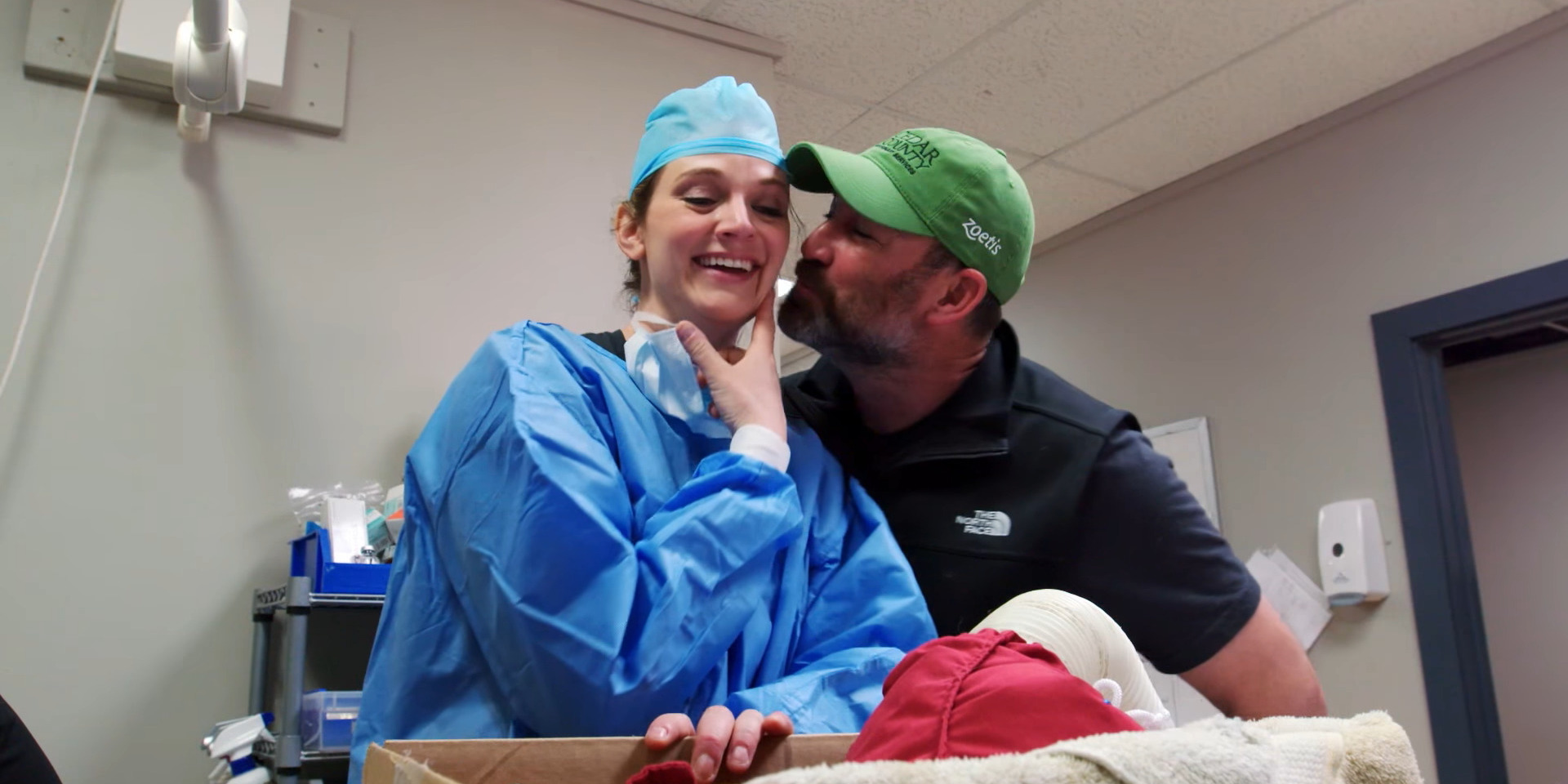 ‘Heartland Docs, DVM’ is a documentary series by Nat Geo Wild that chronicles the lives of two proficient veterinarians, husband and wife Ben and Erin Schroeder from Nebraska, as they tend to their work-related challenges, with expertise and compassion.

Created by Janet Han Vissering, the show was initially titled ‘Homestead Vets.’ It documents the lives of the duo, who feels that every tiniest animal is worth saving and therefore, they do not give up on them, come what may. In short, Ben and Erin are basically real-life Dr. Dolittles, except they can’t talk to their patients. Sorry.

The unscripted series boasts that the members of the camera unit, are on their toes 24/7 and rush out whenever Ben and Erin receive work calls. ‘Heartland Docs, DVM’ garnered a lot of attention, ahead of its release, because of its authentic approach. To add more to the reality part, the crew conducts spontaneous interviews on the location, and not afterwards, like most shows. It aims at capturing the reality and informative bits by swaying away from just the entertaining aspects.

As a result, the first season received widespread acclaim from fans and critics alike. And they are now waiting for updates on a new season. Here’s all we know about ‘Heartland Docs, DVM’ season 2.

Heartland Docs, DVM Season 2 Release Date: When will it premiere?

The Schroeders were approached for a show by the home improvement channel HGTV, before Nat Geo. But the couple politely declined the offer that revolved around their home-restoring business, since they’re primarily veterinarians.

Due to the overwhelming response from the local public while filming itself, the makers decided to give the show another season. It has not been officially confirmed yet, but they are planning on shooting eight more episodes. We are positive that a renewal will be announced soon. When renewed, you can expect ‘Heartland Docs, DVM’ season 2 to premiere sometime in January 2021.

Who are the hosts of Heartland Docs, DVM?

Ben and Erin Schroeder are the hosts of the show. Erin is a former basketball player who met Ben in a vet school at Kansas, and after a while, the couple took over Ben’s father’s clinic in Cedar County Veterinary Services. Their sons Chase and Charlie also assist the parents in their work. Apart from the Schroeders, their office staff also feature on the show.

The show also includes pet pigs, goats, cows, possums, a corgi, the famous llama Temptress, kittens and other critters, who receive the love and care of the Schroeders.

The Schroeders have achieved recognition after restoring the historic Hotel Hartington. They are also the people behind transforming a dusty clothing store from 1901 into an eye pleasing hall. Apart from that, they have also worked on some clinics and homes. People also compare them to the team from ‘Fixer Upper.’

When the show is renewed for season 2, the Schroeders will obviously return to resume their hosting duties.

What is Heartland Docs, DVM About?

Drs. Erin and Ben Schroeder are a couple hailing from rural Hartington, Nebraska with their two kids Charlie and Chase. Nebraska is known for its diverse agricultural riches, making it a source of raw materials for the leading food chains in the US. Seasoned veterinarians Ben and Erin, help to maintain the livelihoods of farmers by tending to their animals, whenever need arises.

‘Heartland Docs, DVM’ showcases the bustling lifestyle of the two doctors who love their job as much as they love each other. In the show, we see Ben and Erin treat a plethora of animals in need, irrespective of their shapes and sizes. We see them performing a leg surgery on a chick; extracting the tumor of a dog; treating an ulcer and sharpening the teeth of a horse; operating the eye of a baby possum. The show also documents the overwhelming cases, wherein the Schroeders perform a C-section on a corgi or discover a helpless deer with two injured legs in the middle of a field.

They are faced with many hindrances in their work line. From the devastating Nebraska floods, the icy winter blizzards to the ferocious heat waves, when it comes to saving the animals, there’s no stopping the vets. Apart from being first-rate vets, the Schroeders also run a renowned building restoring business.

Check out the trailer for ‘Heartland Docs, DVM’ season 1 below: