Will There be a Heartland Season 14? 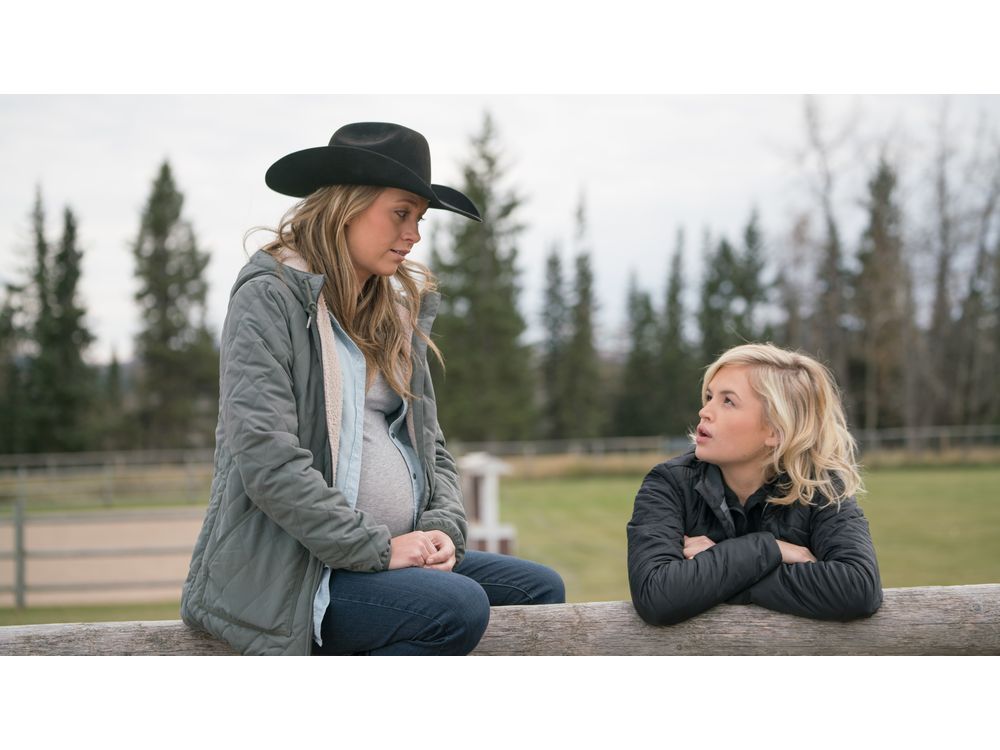 ‘Heartland’ is a multi-generational Canadian family drama tv series that airs on CBC in Canada and on UP Tv in the US. It originally debuted in 2007 and is inspired by the eponymous book series, penned by Lauren Brooke. The heartwarming story is about a family struggling to keep their ranch together while facing multiple ups and downs in their personal relationships and lives. To date, ‘Heartland’ has spanned 13 successful seasons. Here’s everything we know about ‘Heartland’ season 14.

Heartland Season 14 Release Date: When Will it Premiere?

This long-running CBC show has enjoyed steady ratings and increased viewerships throughout its run-time. Hence, we were not surprised when on May 28, 2020, CBC announced its renewal for the 14th edition on its Twitter handle.

SEASON 14! We're finally able to share this news with you! pic.twitter.com/wZuUJ1FDDl

If things move according to schedule, we can expect ‘Heartland’ season 14 to premiere sometime in 2021 in Canada, followed by its US premiere later in the same year.

Heartland Season 14 Cast: Who Can be in it?

A real-life horse lover and an actress who enjoys her cowgirl-style life, Amber Marshall stars as the protagonist Amy Fleming, a natural horse-rider who can understand them through mere intuition. Amy’s mother Marion dies in a tragic accident when her daughter is just 15 years old. The incident leaves Amy seriously injured and unable to attend Marion’s funeral. But once she returns to the ranch, she decides to carry her mom’s legacy forward and devote her life to treating abused, abandoned horses. She lives with her estranged father and elder sister Lou. Gradually, Amy starts getting close to a ranch hand named Ty and eventually falls in love with him. In later episodes, they end up getting married and also become parents to a baby girl, Lyndy Marion.

Graham Wardle plays Tyler “Ty” Borden, a young man recruited as a ranch hand by Marion. Ty has an abusive childhood and spends multiple years in juvie after which he joins Heartland Ranch. He starts enjoying his stay on the farm and continues to help the Flemings even after completing his probation. Over the years, he completes his diploma and decides to become a vet. Ty falls for Amy and although they have a rocky relationship, the duo manages to bypass their problems and stay very much in love. Ty later gets admitted to a vet school, and after passing, travels to Mongolia to save the last remaining Gobi bears with Veterinarians Without Borders. He takes this decision during the time Amy is expecting and hence, is unable to be by his wife’s side throughout the entire pregnancy period.

Michelle Morgan stars as Samantha Louise “Lou” Fleming Morris, Amy’s older sister. Lou returns to Heartland from New York, following Marion’s death, and helps her family run the ranch by using her knowledge from her management degree. Later, Lou takes up the responsibility of running Heartland’s business end, managing appointments, and setting rates for recovered patient horses. Her long absence from New York also leads to her split with her long-distance boyfriend. As the seasons progress, she gets into a relationship with Scott Cardinal, which gradually ends. Lou next falls for another man named Peter and they finally get married, later giving birth to a girl named Katie. Amy and Lou share quite a loving sisterly bond.

Shaun Johnston plays Jackson “Jack” Bartlett, Amy and Lou’s maternal grandfather, who helps the sisters in running the ranch. Stubborn and strict, Jack has a difficult relationship with his son-in-law, Tim. Alisha Newton is Georgina “Georgie” Fleming Morris, Lou’s adopted daughter, who was being previously fostered by Jack. Chris Potter stars as Timothy “Tim” Fleming, Amy’s and Lou’s birth father, who has a history of drug abuse and alcoholism. Tim leaves his daughters when they are quite young but returns after Marion’s death. Season 14 is expected to see the entire lead cast reprising their original characters.

Heartland Season 14 Plot: What Can it be About?

‘Heartland’ is a multi-generational family saga that is set in an eponymous ranch, located in Alberta, Canada. It is about a family and their trysts to hold the farm together. The story focuses on their multiple ups and downs, personal struggles, happy and trying times, as they together strive to tend to damaged, abandoned horses.

Almost all the events of this long-running Canadian drama are set in Heartland Ranch, gracing the rolling foothills of the Rockies. Amy Fleming, her older sister Lou, and grandfather Jack are the primary characters who face the various challenges of running this ranch that has been in their family for generations. The family tends to troubled or neglected horses and helps them in finding new homes. Season 14 will follow the same premise and focus on Amy, with her uncanny ability to understand horses, as she is guided by her close ones, in carrying forward this noble mission for several years to come.

You can check out the official trailer for ‘Heartland’ season 13 right below.