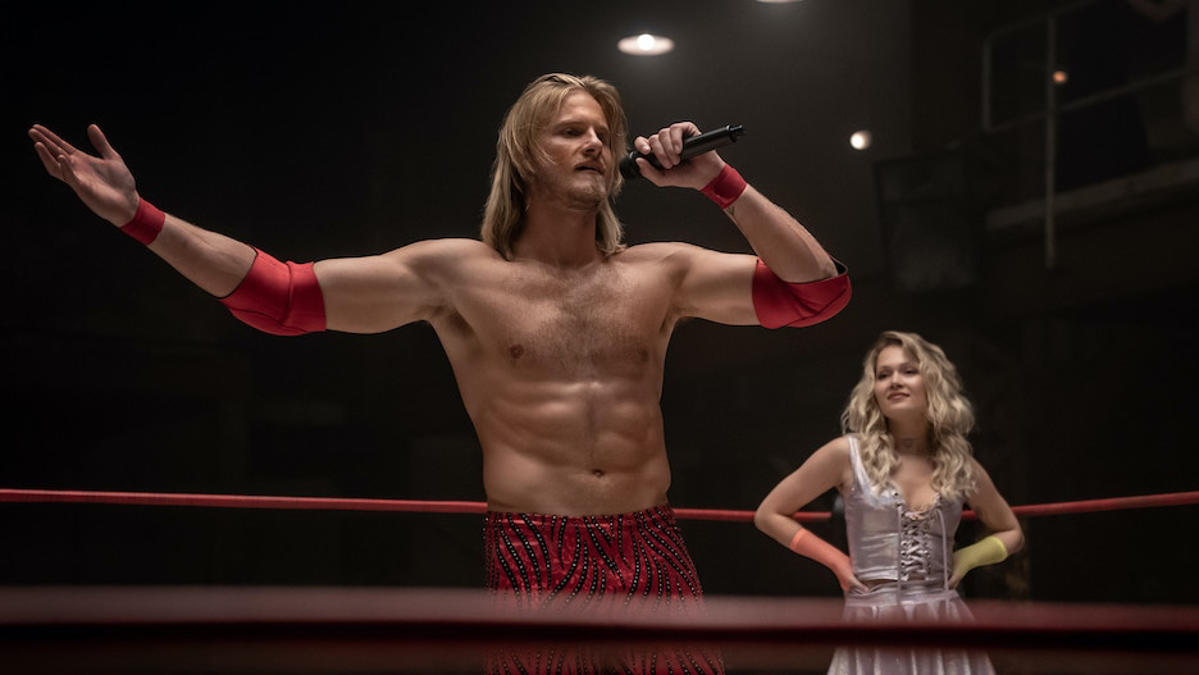 The show accurately captures and marries the world of professional wrestling with the pressures of succeeding in a small town. Appreciated by critics for its premise and loved by fans for its wrestling frenzy and tropes of familial duty, ‘Heels’ has all the elements of a classic television drama — loving wives, jealous brothers, bold lovers, corrupt colleagues, and aggressive ambitions. Naturally, fans are curious to know more about the show’s fate. Will there be a season 2? Here’s everything you need to know.

‘Heels’ season 1 premiered on August 15, 2021, on Starz. The first season consists of eight episodes with a runtime of 57-62 minutes each. The episodes were released on a weekly basis, with the finale airing on October 10, 2021.

So, what’s up with season 2? Well, here’s what we know. Although ‘Heels’ is enjoying good ratings on Starz, it remains to be seen whether its performance will be enough to warrant a second season. There has been no official announcement regarding the show’s renewal yet. However, the world created by the action-packed show is clearly ripe for expansion, and the star power of Amell (‘Arrow’) and Ludwig (‘Vikings’) is expected to draw in more viewers. Additionally, the creative team behind the show is keen to work on a second season. Waldron himself mentioned that season 2-related talks are currently ongoing.

Amell and Ludwig put a seriously insane amount of work into their characters — from bodybuilding to practicing wrestling stunts. “This one was the most strenuous workout regimen ever. Basically, they built an incredible gym for us — they spent a fortune on it,” said Ludwig in an interview. It is reasonable to think that such long-term efforts and planning imply that the series can and must go beyond one season. Surely Starz will see that it has massive potential?

The comments of some of the cast members too make season 2 seem like a very likely possibility. “I fully see this show going beyond just these eight episodes. I think there’s lots of storylines that can expand very far, and become very interesting,” said Kelli Berglund, who plays Crystal. “I will say 100% yes, I would love to come back for a second season.” So cross your fingers and hope for a renewal announcement soon! And if the show does get renewed, we can expect ‘Heels’ season 2 to premiere sometime in Q2 2022.

Heels Season 2 Cast: Who can be in it?

Heels Season 2 Plot: What can it be About?

Season 1 sees brothers Jack and Ace Spade playing their roles as the “heel” and the “face,” respectively, in the wrestling ring. However, their scripted wrestling personas bleed into their personal lives and ambitions. While Jack and Ace focus on their rivalry and desire to control their late father’s Duffy Wrestling League (DWL), other wrestlers grow impatient. Larger wrestling organizations start closing in, and the DWL features in the ring of the South Georgia State Fair. The brothers face each other in the ring. Jack confesses to his attempts to portray Ace as the heel, which leads to Ace losing his temper and actually attacking Jack. However, Crystal intervenes, combats Ace, and takes the DWL belt for herself. The finale thus sees Crystal proving her worth by winning the championship, despite being told previously that she couldn’t wrestle.

If season 2 gets made, it will likely continue to explore Jack and Ace’s conflicting sources of power and their explosive falling-out. Jack’s failing marriage may be highlighted. The actions of the Florida Wrestling Dystopia (FWD) and the impact of the same on the DWL may act as fodder for another possible plotline. The DWL may open up a women’s division, keeping in mind Crystal’s stellar performance. Personal and professional tensions will grow, and new wrestlers might challenge the old. Jack can be expected to finally relax his grip on the DWL, allowing other wrestlers to shine. The brothers, particularly Ace, will confront the trauma of their father’s suicide.

Read More: Is Heels Based on a True Story?