When Does ‘Hello Ninja’ S02 Come Out? 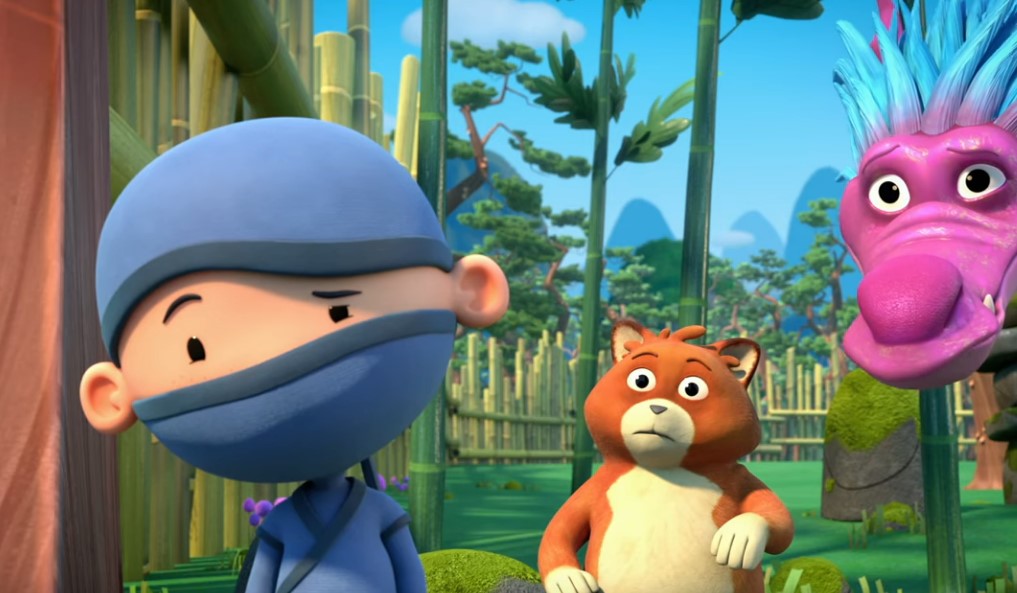 If your kid is a huge fan of illustrated books like ‘The Three Ninja Pigs’ and ’10 Little Ninjas’, then you should definitely gift your toddler ‘Hello Ninja’. Written by bestselling author Nate “N.D.” Wilson and gorgeously illustrated by Forrest Dickison, it is about one tiny ninja Wesley and his be-spectacled best buddy Georgie who share their adventures with kids across the neighborhood. The only thing Wesley hates is sharing his lunch. Based on this very rhyming picture book is ‘Hello Ninja’, a Netflix original and animated adventure cartoon that chronicles the multiple quests of its three tiny heroes.

The first season of the show was well-received. Now, the question arises: when will ‘Hello Ninja’ season 2 premiere? Well, let’s get right to answering this question.

Hello Ninja Season 2 Release Date: When Will It Premiere?

‘Hello Ninja’ season 1 premiered on November 1, 2019, on Netflix. Its entire run for the first season comprised of 10 episodes.

The series was another great effort from Netflix to augment its slate of programming geared toward young kids. And as far as the next season goes, almost all kid-related shows have been renewed for multiple seasons by the streaming giant. So, there was no reason why ‘Hello Ninja’ would not get another season.

As expected, the show was indeed renewed for a second outing. Now, we even have a release date. Hello Ninja season 2 is slated to premiere on April 24, 2020, only on Netflix!

Hello Ninja Season 2 Cast: Who Can Be In It?

The lead voiceover cast of ‘Hello Ninja’ consists of Lukas Engel as Wesley, Zoey Siewert as Georgie, and Sam Vincent as Pretzel. Young Canadian actor Engel is originally from Toronto, Ontario. He has been in the entertainment world since the age of six and began his career after performing in a commercial for Ikea House Rules. Since then, he has appeared in multiple tv commercials, television shows, and short films. In 2016, he debuted as a theater artist for Soulpepper Theatre Company by starring as Bobby Helmer in ‘A Doll’s House’.

Siewert, on the other hand, is a professional actress, singer, and dancer. The native from Vancouver, BC, has previously landed roles in ‘Finding Stuff Out’, ‘Nina’s World’, ‘MC2’, ‘Haters Back Off (Miranda Sings)‘, ‘Imposters‘, and ‘Once Upon A Time‘. A Leo Award and Canadian Screen Award nominee, Siewert is additionally a recording artist and has shared the stage with other Grammy, Juno and Dove award-winning artists.

Season 2 has been confirmed to see all the three voiceover stars making their respective comebacks.

Hello Ninja Season 2 Plot: What Can It Be About?

‘Hello Ninja’ is a Canadian animated tv series that introduces us to BFFs Wesley and Georgie and their silly, senseless cat sidekick Pretzel. Whenever Wesley utters the phrase, “Hello, Ninja”, he transforms into a ninja with superpowers. Then, the trio lands in a magical world, where they solve problems and save the day.

Yes, they may be tiny but they are brave — a quality that is accentuated by their resolution to stick to one another, no matter what, and their understanding about the value of friendship. Season 2 will follow the same structure and it will continue to chronicle the multiple adventures of the trio in the Ninja world.

Fresh, full of colors, and with lively background music, ‘Hello Ninja’ is a beautiful rendition of its illustrated counterpart. The wonderful animation and its valuable lessons on bonds and friendship make this series a great watch for your kids. So tune in and binge on this cute cartoon along with your pint-sized humans.

Netflix has not released a trailer for season 2 yet. While we wait for one, you can check out the official trailer for ‘Hello Ninja’ season 1 below.