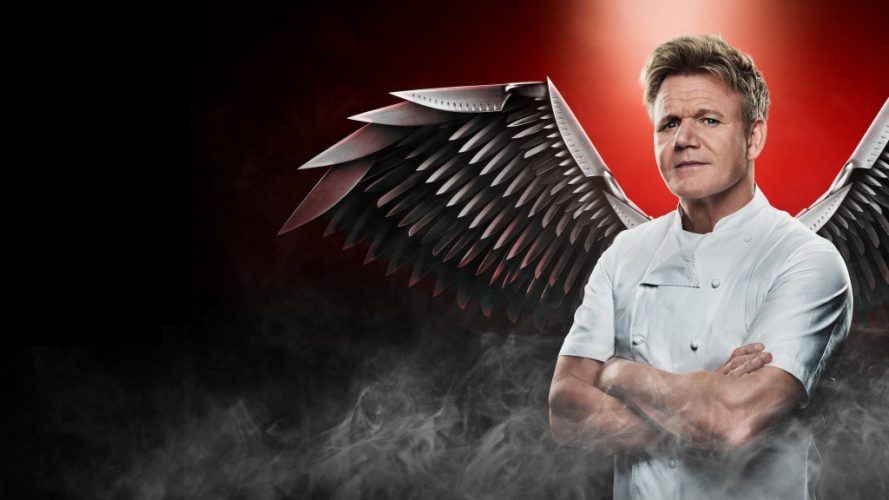 Ramsay who was the main chef of the show then went on to sign an exclusive contract for the US version of the show, thus ruling out any probability of him appearing on future series of the UK show. There are many countries who came up with their own version of the show later on including Australia, Brazil, Bulgaria, Denmark, Finland, Germany, Indonesia, Italy, Poland, Romania, Russia, Turkey, Ukraine and the most popular one being the U.S version.

The show has seen a whopping 18 seasons till now. Here’s everything we know about Hell’s Kitchen season 19.

Who’s the Host of Hell’s Kitchen?

The host and creator of the show is Gordon Ramsay who will return in his role as the strict mentor and the judge. He is known worldwide not only for his cooking skills but also for his raging temper and colourful usage of language which is widely enjoyed as well as criticized and questioned for being staged by the audience.

Ramsay’s restaurants have been awarded 16 Michelin stars in total. Gordon first appeared on television in 1980 in a documentary called a-fly-on-the-kitchen-wall and went on to become one of the most popular chefs in the British pop culture by 2004. Since then he has been a part of many TV shows such as Faking it, Ramsay’s Kitchen Nightmares and was finally introduced to America in the US version of Hell’s Kitchen.

The show also consists of 12-20 aspiring chefs who are be divided into two teams to compete against each other for a cash prize of $250,000 and an opportunity to work as the head chef or executive chef at Ramsay’s chosen restaurant.

What is Hell’s Kitchen About?

The show follows a format of progressive elimination. The aspiring chefs live together and compete in challenges with each other. The team that loses is responsible for completing a routine task or for the dinner of their opposing team. Sometimes they are made to eat something unappetizing such as the food waste which might be blended into a smoothie for a meal as their punishment, while the winning team is able to enjoy a recreational activity outside of Hell’s Kitchen.

The “Challenges” round is followed by a dinner service where the chefs prepare dinner for 100 guests keeping in mind that the taste and representation of the dishes (appetizer, entrée, and dessert) is according to Ramsay’s standards. There are two reliable sous-chefs assisting Ramsay by supervising the work ethics and team spirit of both the teams as they work in a pressure-filled environment. There are also any additional challenges included in this service which might have to do with designing their own menus or a blind taste challenge known as “taste it, now make it” where the chefs taste a dish and try to guess the ingredients and recreate it to match the one that they had tasted.

Both the teams or an individual chef can be sent back to the dorm in the middle of the dinner preparation for poor performance. If this behaviour is constant and repeated by an individual, he may also be eliminated on the spot which has taken place on one or two rare occasions every season.

The dinner service is then followed by elimination. The team that loses has to choose two members of their team to be eliminated. Ramsay himself may also nominate a name for elimination if he thinks it is necessary and suitable in a situation. He might also nominate a chef from the winning team if deemed necessary. The nominees are given a chance to share their side of their story and justify their actions to make the process clearer and easier. The chef who is eliminated share his/her thoughts before they leave the show and the rest of the contestants move forward in the competition. There have been instances where no one was eliminated but this is usually followed by a double elimination in the next episodes.

Once the competition narrows down to 7-8 chefs, they are then combined to form a single team and compete individually. In the finale, the top two chefs get a chance to design their own menu and lead a team of their former competitors to prepare a complete dinner service on their own. Before the final service, the chefs compete as they try and design their menus according to Ramsay’s impeccable standards and the one who wins gets a chance to choose his team from the previously eliminated contestants before his opponent.

Hell’s Kitchen Season 19 Release Date: When will it premiere?

Hell’s Kitchen season 18 premiered on September 28, 2018 and continued till February 8, 2019. The good news for the fans is that just after the end of season 18, Fox announced that the show has been renewed for two more seasons. Even though no release date was announced, you can expect Hell’s Kitchen season 19 to come out sometime in January or February, 2020.

As there is no available promo for the upcoming season, here is a fiery reminder from the last season to let us know what we should be expecting to from it. Hell’s Kitchen is one of the finest reality series for you to binge on.