Helluva Boss Episode 6: Everything We Know 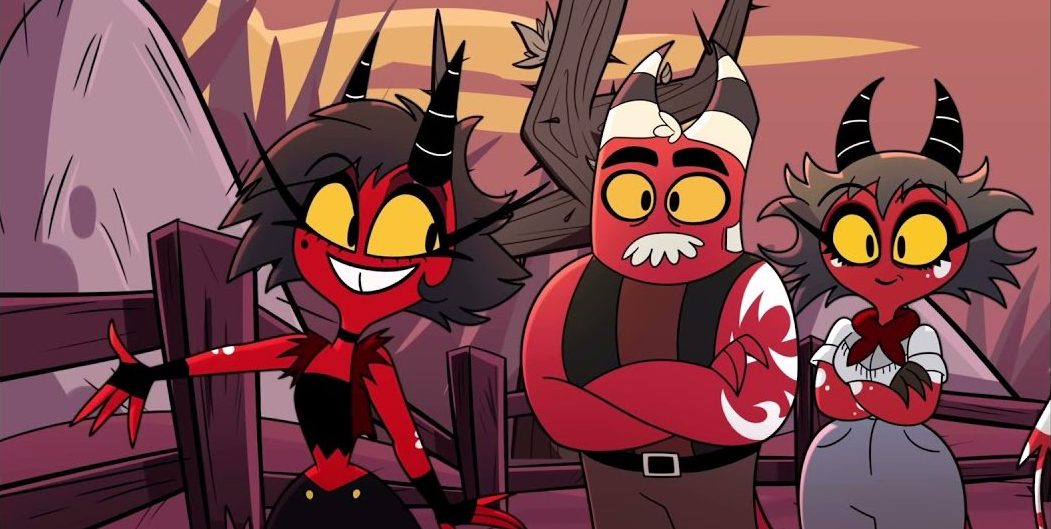 Released in April 2021, ‘Helluva Boss’ episode 5 is an exciting and hilarious episode of the animated comedy series that expands on the show’s lore while also furthering the complex narrative. Blitzo and his IMP employees arrive in Wrath for the Harvest Moon Festival. It’s all fun and games until they discover Striker’s nefarious plan to assassinate Stolas. Folks looking to catch up on the episode can find a detailed summary in the recap section. However, let’s first take a look at what lies in store for Blitzo and the IMP in ‘Helluva Boss’ episode 6.

‘Helluva Boss’ episode 6 currently does not have a release date. Episodes are released as and when they are complete, and production on episode 6 is likely still ongoing. Therefore, we can expect episode 6 to release sometime in late July 2021. Every episode has a runtime of around 11-18 minutes. Here’s the latest update from the show’s official Twitter account.

THANK YOU for the 10 million views already on #HelluvaBoss episode 5 💕!! We wanted to take this time to inform everyone that episode 6 is the longest of this season and will definitely take us longer to produce! We need an extra month or so but we PROMISE it's worth it! 😈👀

You can ‘Helluva Boss’ episode 6′ as and when it drops on the creator Vivienne “VivziePop” Medrano’s YouTube channel. All the new and old episodes of ‘Helluva Boss’ are released on the online video-sharing platform.

‘Helluva Boss’ episode 6 is likely to take us to new locations, and we might get our first look at the much spoken about Lust Ring. Striker is likely to plan another attempt on Stolas’ life. He might receive some help from Veronika and Cherubs. Whether Stella continues her revenge plot against her husband or has a change of heart remains to be seen. Blitzo and Moxxie might once again have to race against time to save Stolas. Stolas’ refusal to keep their relationship a secret might drive a wedge between him and Blitzo. We might also get to meet more new and powerful demons.

‘Helluva Boss’ episode 5 is titled ‘The Harvest Moon Festival’ and opens with Stolas inviting Blitzo and the IMP to the titular festival. Blitzo then invites Millie and Moxxie to the festival. We then cut to the Rough ‘n Tumbleweed Ranch, the home of Millie’s parents. The IMP arrives in a van, and Millie reunites with her parents, Joe and Lin. She thanks them for letting the IMP crash at the ranch during the festival. Joe and Lin aren’t very enthusiastic about their son-in-law, Moxxie’s arrival.

Moxxie tries to impress Millie’s parents while Blitzo gets acquainted with the farmhand, Striker. Joe and Lin suggest Blitzo compete in the festival’s Pain Games, a competition that determines the toughest person in Wrath. However, they forbid Millie from entering the competition. Meanwhile, Moxxie agrees to catch a Hog for dinner. When he fails to kill the Hog with a knife, Striker kills it and upstages Moxxie.

In order to earn the respect of Millie’s parents, Moxxie also decides to compete in the Pain Games. Striker and Blitzo fiercely compete through the competition and finish as tied winners. Blitzo offers Striker a job at the IMP, which he accepts. Moxxie realizes that Striker is planning to kill Stolas during his speech. Blitzo and Moxxie confront Striker, but he beats them and holds them at gunpoint. Blitzo calls Loona for help, and the Hellhound’s arrival averts the crisis. Striker flees the scene. The episode ends with Striker telling his employer Stella that he won’t fail next time.