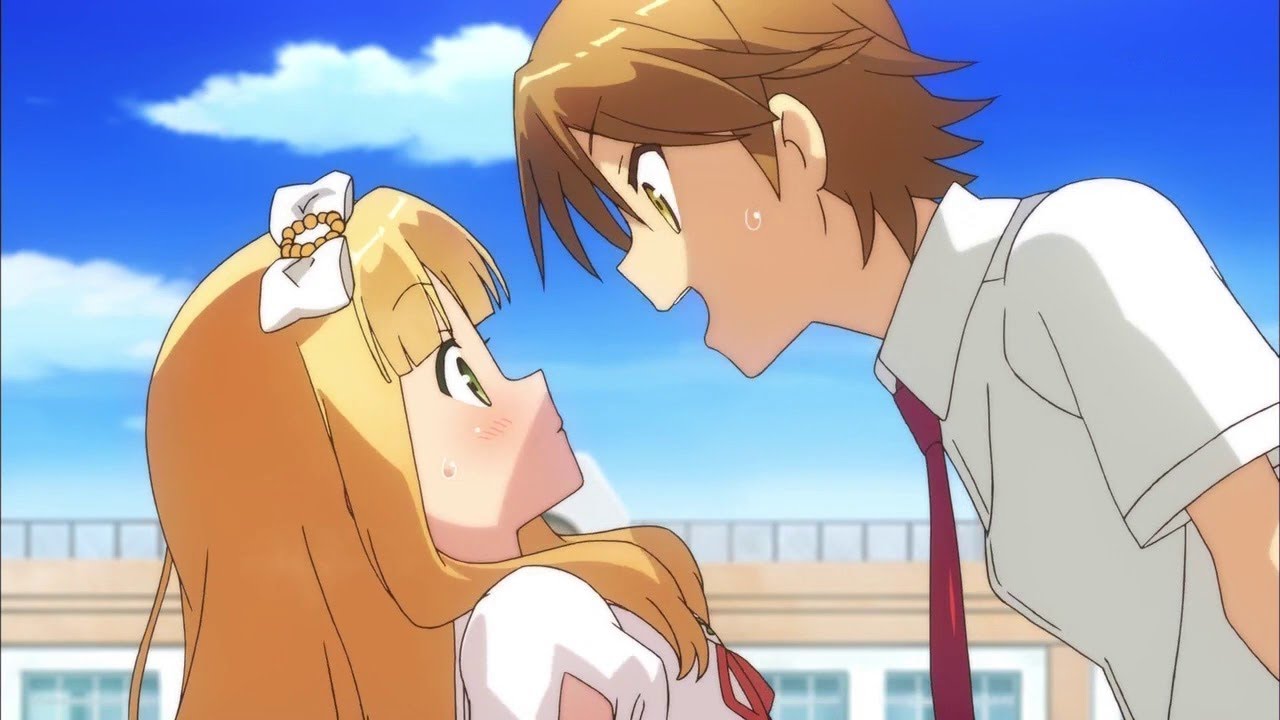 There are days when you simply want to lay back, relax and watch something that can calm you down. Well, don’t look anything beyond ‘The “Hentai” Prince and the Stony Cat’. It has everything that is more than enough to brighten your day and make you feel good about yourself. From the beginning itself, it becomes pretty obvious that it is a romantic comedy but it comes with a small twist. This rom-com has a slight touch of magic as well that just makes things a lot more interesting. Apart from all the comic moments and gags, the entire story itself is hilarious and is enough to keep you interested throughout. For an anime that has a short run of just 12 episodes, it is good to see that it never even faces any issues with its pacing.

The animation style is very cute with its exaggerated expressions of each character and also the adorable “moe” designs. Coming from J.C Staff, known for other romcoms like ‘Toradora‘ and ‘DanMachi‘, this one has a more of a colorful fairytale-like appeal to it. It perfectly fits in with the themes of the show and nails the whole objective of appearing extremely cute. Even the soundtrack is very lighthearted and is quite noticeable during the emotional moments of the anime.

So in the end, it all comes down to how you approach ‘HenNeko’. If you’re just looking for something cute that can lift up your entire mood, then this should be your go-to anime. The fan service side of it can be a little annoying but that again comes down to how you wish to take it. ‘HenNeko’ is definitely not a masterpiece but it surely deserves a shot when you’re in the mood for something light and cheerful.

‘The Hentai Prince and the Stony Cat’ season 1 premiered on April 13, 2013 and with a total of 12 episodes, it ended on June 29, 2013. The anime has been adapted from a light novel series that was concluded around 4 years after the first season came to an end. So obviously, a lack of source material is not a problem for the creators. Apart from being extremely popular in Japan, the show has also gained quite a lot of followers in the west. Many of these followers don’t even have access to the manga/light novels as these have not been translated to English yet. These fans from the west have also been starting petitions online to somehow convince the creators to come out with a new season but this approach has never really worked in the past.

Considering the fact that the anime came out in 2013, I won’t say that it’s too old for a sequel yet, but the further it moves away from its initial release, the lesser will be the odds of its renewal. Also, the anime has been produced by J.C Staff Studio which infamously known for leaving behind many shows with just one season without giving them a proper conclusion. So as of now, the chances of getting another season are quite low, but even then, if we get any updates in the future regarding ‘The Hentai Prince and the Stony Cat’ season 2 release date we will surely update it here in this section.

‘The “Hentai” Prince and the Stony Cat’ revolves around Yoto Yokodera who is a second-year high-school student. He is extremely perverted and he hates the fact that he is unable to show any real human emotions. His best friend is pretty much like him and is equally perverted, but one day, to Yoto’s surprise, he somehow manages to get rid of all of his perverted thoughts. When Yoto asks him how he managed to do it, he tells him about the power of the statue of the “Stony Cat”. Anyone can approach this statue and wish upon it to remove any one personality trait from themselves. This personality trait is then removed from them and is given to someone who needs it more.

While Yoto tries to make his own wish to the statue, another girl named Tsukiko approaches it to get rid of her excessively emotional personality. From the next day itself, Yoto is not able to lie even once and Tsukiko becomes extremely cold towards everything and everyone around her. Soon they come to the realization that this change was a very big mistake and they now start looking for someone who would actually want their newly acquired personalities. While the two try to fix their situation, it leads a lot more chaos and confusion but along the way, they discover the true meaning of friendship, love and also self-acceptance.

Azusa Azuki is a second-year high school girl who always tries to act like she’s a princess. She has long blonde hair and emerald green eyes. She is initially bullied a lot but to deal with this, she tries to put up a fake princess-like facade. She is a big animal lover and is also able to talk to them. After she meets Yoto, she becomes more open to others as well and even starts caring for people like Morii.

Tsukiko is the main female protagonist of the series who is Tsukushi’s younger sister and is referred to as “younger sister” by Yoto. Azusa Azuki is her closest rival and there is always immense tension between the two. She looks really delicate and is so tiny that she is often mistaken as an Elementary grade student. She is extremely shy and hates the fact that she’s too childish. After she prays to the Stony Cat, all of her emotions go away and she becomes really cold. Every time Yoto tries to do anything perverted around her, she tries to bite him to snap him out of it.

Tsukushi is Tsukiko’s elder sister and is also the president of the track and field club. When it comes to her appearance, she is completely the opposite of her younger sister and is quite tall and curvy. She usually wears athletic clothes and is considered to be very attractive. She is very protective of her little sister and deeply loves her to a point where she wishes to marry her.

Yoto is the main protagonist of the series who prays to the Stony Cat to get rid of his perverted thoughts. But he ends up landing in trouble after this and tries to find a way to reverse the magic of the cat. For his age, Yoto has a medium height and has short brown hair. He is a big pervert and is also a big fan of swimsuits. The sole reason why he joins the school’s athletic team is to spy on the girls from the swim team. After he prays to the Stony Cat, he fails to lie about any of his thoughts and always feels this urge to let out what’s on his mind.