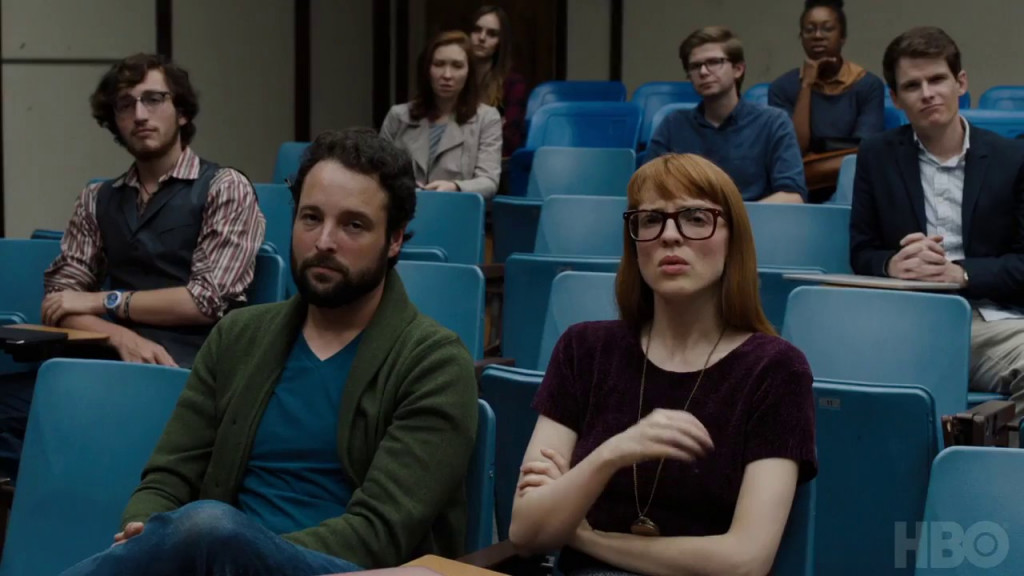 Like the name says, ‘Here and Now’ is an American drama television series that focuses on problems that we can relate to in the present day and age. The show has elements of dark comedy and has been created by Alan Ball who has worked on ‘American Beauty‘ and ‘True Blood‘. The show airs on HBO and first premiered on February 11, 2018. The story focuses on issues concerning race, identity and mental illness, and is based on a multi-racial family in the Portland area.

The discourses around race and identity are becoming increasingly important in today’s world with a rise in right-wing politics that seeks to homogenize identities based on certain superstructures, which has its roots in religion or nationalism. To top it off, mental health is more important now than ever, with the postmodern and capitalist society seeing more and more people slipping into depression. Under such circumstances, a show like ‘Here and Now’ becomes extremely relevant and timely. Naturally, it managed to draw quite a fan base as a result. However, critics have not received it all too well, saying, “Here and Now clearly has a point it wants to make, but a nebulous plot and unfocused character development stand in the way of its potential”.

Here and Now Cast: Who is in it?

The main cast of ‘Here and Now’ includes Holly Hunter who plays Audrey Bayer, a therapist. Tim Robbins of ‘The Shawshank Redemption‘ fame is cast as Greg Boatwright, Audrey’s husband. Jerrika Hinton plays Ashley Collins, owner of a retail fashion website. She was adopted from Liberia. Raymond Lee plays as Duc Bayer-Boatwright. He is a successful life coach and a womanizer but was adopted from Vietnam when he was five years of age.

Daniel Zovatto is cast as Ramon Bayer-Boatwright, a college senior who studies video game design. He was adopted from an orphanage in Colombia when he was 18 months of age. Sosie Bacon plays Kristen Bayer-Boatwright. She is her parents’ only biological child. Malcolm Collins is played by Joe Williamson. He is the personal trainer for the Portland women’s soccer team and Ashley’s husband and Duc’s best friend. Andy Bean plays Henry, someone who is in love with Ramon.

Peter Macdissi plays Dr. Farid Shokrani, Ramon’s therapist. The others on the roster are Marwan Salama as Navid Shokrani and Necar Zadegan as Layla Shokrani. There are several other guest stars who add a degree of richness to the series.

Here and Now Plot: What is it about?

The main plot of ‘Here and Now’ is about a multi-racial family who begins to have their bonds tested when one child sees things that the others cannot. One thing is for certain, the show has good intentions and its heart is in the right place. That being said, the show seems to be overcompensating. In fact, given the time of release, it seems like reactionary left-wing anger to the election results. Thus we have very inclusive premise where we not only see people of color and other sexualities, but we also see intersectionally marginalized people as well, like trans-Muslim characters.

The politics of the show are clumsy and they appear to be overeager to explain it to the viewers as if they are more bent on making a point than telling a story. The Guardian puts it rather well when they say, “The overwhelming problem, though, of Here and Now is its earnest but clumsy attempts to make a comment on the state of America as it currently is, repeatedly and awkwardly. There’s a strain felt through the dialogue (“Sometimes I think technology just makes us stupid” is an actual line), with Ball trying to force think-piece statements into everyday conversations.”

Although the show tries to be what the viewers need right now, other releases around the same time, like ‘Get Out‘ and ‘The Handmaid’s Tale‘ has proven that those points can be put across just as efficiently through allegory as they can through on the nose references. Even if viewers do agree with the points that are being made, they are not likely to take it too well since it comes across as a heavy-handed lecture. That being said, the cast performances have been beyond reproach, and they have come together really well in all the scenes.

Here and Now Season 2 Release Date: When will it premiere?

‘Here and Now’ Season 1 premiered on February 11, 2018. On April 25, 2018, HBO announced that they had canceled the drama series. “After careful consideration, we have decided not to move forward with the second season of ‘Here and Now,’” an HBO spokesperson said in a statement. “We thank Alan for his dedication to innovative storytelling, and we look forward to his next endeavor.”

Though, fans should not lose all their hopes. There’s still a possibility that the brains behind ‘Six Feet Under’ could come up with a new home for the show, If that happens, we will update you about ‘Here and Now’ Season 2 release date.

Check out the trailer for Season 1 below. If you have not seen the series then you might give it a watch, though we recommend that you spend your time viewing something else.