Where to Stream Hereditary? 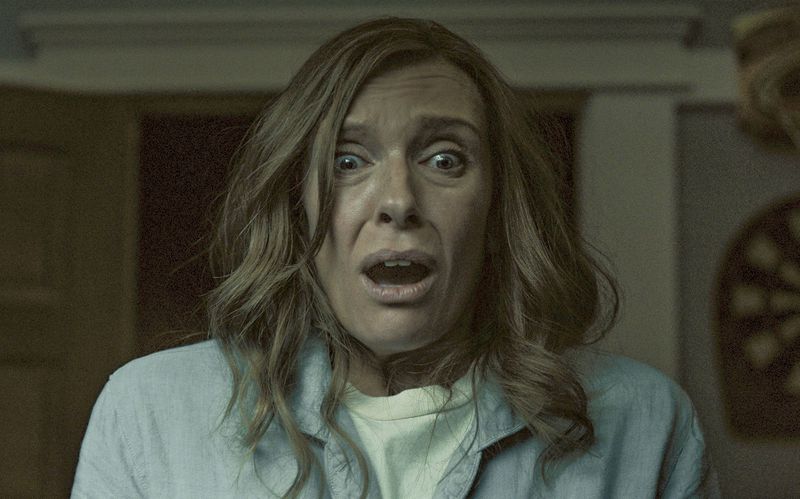 Horror movies have an inexplicable quality about them, that makes us want to close our eyes and tune it out, but also draws us to the films like a moth to a flame. Perhaps it is the curiosity that the realm of the unknown holds for us. Nothing exemplifies this better than ‘Hereditary‘. If you follow and love movies, you will have seen a resurgence of horror films following James Wan’s success with ‘The Conjuring‘, which has now become a franchise.

However, not all horror is executed with the help of jump scares and a spooky setting. Several horror films tend to go with the psychological aspect of horror and Ari Aster’s ‘Hereditary’ does it wonderfully. The movie marks his feature film directorial debut, which Aster has followed up with ‘Midsommar‘. Taken together, the films set him apart as a horror director to watch out for, who chooses to view horror through the lens of human loss. To digress a bit, another director who is making waves along with Aster is Jordan Peele whose films view horror through the lens of social injustice.

Coming back to ‘Hereditary’, the movie has gained critical acclaim and was also a commercial success. If you have not watched it yet, you must be wondering where you can stream the movie. We are here to tell you that, but first, let us walk you through the harrowing story of ‘Hereditary’.

What is Hereditary About?

‘Hereditary’ begins with a family that suffers a loss as Annie, a miniature artist, loses her mother, who led a secretive life. At her funeral, she speaks of the tough relationship they shared. At the same time, we are introduced to the rest of the family, including Steve, the husband, Peter, the 16-year-old son, and Charlie, the eccentric 13-year-old daughter. Soon after the funeral, the family gets the news that Annie’s mother’s grave has been desecrated. Annie is forced to join a support group to cope with the loss and speaks about how her family suffers from mental illness that has resulted in deaths.

Meanwhile, Peter goes to a school party where he has to take Charlie along. While the former is smoking pot, the latter consumes a cake containing nuts, to which she is severely allergic. As a result, she falls into anaphylactic shock. Peter rushes her to the hospital in the car. On the way, she leans out of the window for more air. Suddenly, Peter is forced to swerve the car, causing her head to hit a telephone pole. Aster packs in a scene of decapitation that is memorable due to its suddenness. When Peter arrives home, he leaves Charlie’s corpse in the car for his parents to discover. Charlie’s death increases tensions between the family members, with Annie berating Peter one night at the dinner table. Peter’s problems don’t stop there as he is plagued by Charlie’s presence in the house and at school.

Annie becomes friends with a person named Joan, in the support group. The latter invites her to a seance to communicate with Charlie. Influenced by this, she forces her family into a seance so they too might reestablish contact with her. However, the seance goes wrong and Annie seemingly gets possessed by Charlie. Steve is able to wake her from the state, but the former believes that Charlie’s spirit might have turned malevolent. As a result, she throws Charlie’s sketchbook into the fire, but her sleeve too catches fire along with the book, forcing her to abort the plan. Hoping that Joan might have some answers, she goes to her place but finds Joan gone. Annie also notices that Joan’s doormat resembles her mother’s craftwork. Digging into her mother’s belongings, she links her and Joan to a cult that worships a demon named Paimon, who seems to be looking for a male host. In the attic, she finds her mother’s body, decapitated and rotting, with strange symbols written in blood on the wall.

Annie turns to her husband, hoping he will trust her enough to burn the diary and end it all, including Annie’s own life. However, Steve, who has seen Annie’s mother’s body, assumes that Annie has gone mad. In a last-ditch effort, Annie throws the diary into the fire but to her horror, Steve is the one who bursts into flames. Peter wakes up to the horrific scene of encountering Annie, who is now completely possessed. Levitating, Annie beheads herself on a piano wire.

Peter jumps out of the window in fear, and we see some sort of light entering him. He also appears possessed and follows Annie’s levitating corpse to Charlie’s treehouse. There he encounters Charlie’s head, which has a crown placed on it. Joan, the headless bodies of his grandmother and mother, and other cult members, all bow down before him. It is explained that Paimon possessed Charlie from the moment of her birth thanks to Annie’s mother, but the cult members have corrected their mistake and given the demon a desired male body. As the movie ends, we see all cult members allowing Paimon to rule over them.

Is Hereditary on Netflix?

Netflix has an amazing collection of movies and television shows that sets it apart as a premier streaming platform. While ‘Hereditary’ is not on the platform, you can check out ‘The Witch‘, which is a fantastic offering by Robert Eggers. The fascinating work of horror marks his feature film directorial debut. Like ‘Hereditary’, it explores psychological horror.

Is Hereditary on Hulu?

Hulu has a fantastic collection of movies and television shows that the platform keeps making smart additions to. While ‘Hereditary’ is not on the platform, you can watch a masterpiece of horror, ‘Rosemary’s Baby‘, which also explores the complex theme of motherhood and depicts cult members trying to offer a baby to dark forces.

Is Hereditary on Amazon Prime?

Amazon Prime has an enviable collection of movies and television shows which can perhaps only be bested by Netflix. Prime subscribers are in luck, since ‘Hereditary’ is available for streaming. Check it out here.

Where Can I Stream Hereditary Online?

No subscriptions to Amazon Prime? No worries. You can still stream ‘Hereditary’ online. Head over to Kanopy to watch the film. Of course, you need to have a public library card or university login access to watch the film.

Where Can I Watch Hereditary Online For Free?

Freeloaders are in luck since you can use Amazon Prime’s free trial period to watch ‘Hereditary’. However, we would like to urge our readers to pay for the art they consume.