When Will Heritage Hunters Season 2 Premiere on DIY Network? 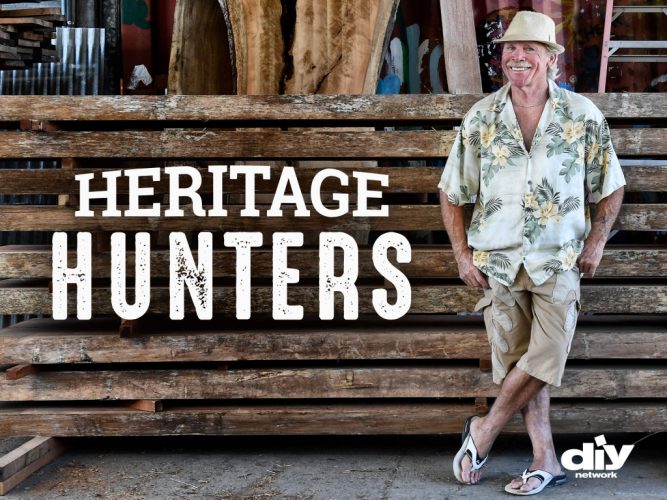 Reality shows have graced TV screens for a long time. They are loved across all cultures, especially the ones that have a documentary-style narrative. One such show called Heritage Hunters started airing on DIY Network from November 2018. Produced by Minsa Cho, it follows a man named Michael ‘’Bug” Deakin (popularly known as Bug) and his team of fellow craftsmen as they revamp old houses that have been long forgotten or are on the verge of destruction.

According to the team leader Bug, it’s his life’s passion to give new life to old materials. He believes that every structure has a story to tell, and by revamping it, he rewrites that story. The work of his team spreads out to the interior areas of a house like a kitchen.

They build everything from the scrap and create more open spaces, new ceilings, walls which are highly commended by the owner. As far as the revamping of a particular structure is concerned, they make a top-down up-gradation by which they make the structure more spacious. The series is filmed in Filming Locations Petaluma, California in the United States of America.

The first season of the show was well-received. Now, the question arises: will there be a Heritage Hunters season 2? We will delve into that question, but first, let’s quickly look into the details of the series.

Heritage Hunters Cast: Who is in it?

Since the show is a documentary-style reality show, it stars real-life people. The gaffer of the craftsman team is Michael “Bug” Deakin. Heritage Hunters depicts the journey of this San-Francisco based rescue and restoration specialist and expert, and his team of craftsmen. The series follows the chase of conventional and forgotten materials and substances for regeneration and remodels of timeless pieces for the client’s dwelling.

Apart from Bug, who is the editor in chief, the other cast members are Heather Gallagher who looks after the salvage and restoration. She also serves as a designer and sales team member. Karen Dondero takes over the role of General Manager, and Teresa Helping serves as the Office Manager. The duties of the lead craftsman are handled by Regulo. Additionally, Mike O’Brien serves as the head of the shop, Ross Friedrich looks over the designing aspects, Sebastien Nau serves as a videographer, Steve Woodward appears as a deconstructionist, and Mike Orr handles the welding.

Naturally, if season 2 is renewed, Bug and his team are expected to return to take on bigger projects.

What is Heritage Hunters about?

The first episode of the first season starts with the revamping of a kitchen. Bug and his team take over the gigantic task of tearing down the house entirely and then start upgrading with Victorian-era construction materials. In the next episode, Bug and his crew are given an almost impossible task. They are told to take down a structure which is an easy job for them. The hard part comes when they find out that the structure is attached to a building, and it’s impossible to bring down the structure without damaging the building. Nonetheless, they start to make plans to fulfill the client’s wish.

After that, Bug and his team of craftsmen are assigned the job of transforming a barn into an entertainment hub. The next episode features the crew finding an old redwood tree. The wood from the tree will help them in their restructuring process, but they must proceed cautiously in order to avoid the dangerous obstacles laid in front of them. As the series progresses, Bug and his crewmen go to West Petaluma and try to tear apart a 95-year-old egg house.

Bug’s other crew is assigned the job of restoring a kitchen in a small budget. In some of the most interesting episodes, they start to build a detailed hardwood feature for a house at the request of a client. One of the daunting tanks includes Bug’s team to reclaim the materials of a redwood water tank without damaging it. Next, they are assigned with the salvaging of an ancient vineyard. This project is very important since they would be able to gain a large profit after its successful completion. Simultaneously, a couple entrusts them to modify the bathroom and bedroom of the yard with rare materials.

Heritage Hunters Season 2 Release Date: When will it premiere?

Heritage Hunters season 1 premiered on November 4, 2018, on DIY Network. After spanning six episodes, it wrapped up on January 2, 2019.

The first season was well-received by viewers and critics with praise particularly given to the authenticity and the execution of the material. More than millions from the targeted audience have viewed the show and loved it. Since the first season was quite successful, there is hope for another season.

However, DIY Network has not released an official statement regarding the renewal or cancellation of this series on any of their social media handles, press releases or their official website. Fans will have to wait for updates on a second installment. But if everything falls in place, we expect Heritage Hunters season 2 to premiere sometime in November 2020.

Follow the show on their official website and watch Bug and his team create timeless collections from forgotten wood.