When Will High Maintenance Come Back on HBO? 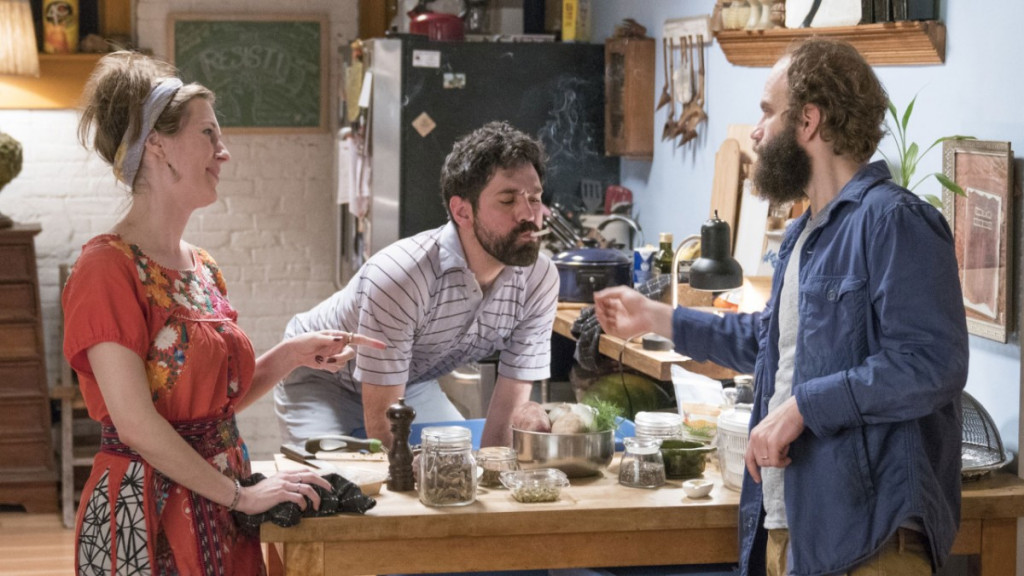 ‘High Maintenance’ is a comedy-drama television and web series that follows a nameless marijuana deliveryman called ‘The Guy’ as he delivers his product to clients in New York City. The series has been created by Katja Blichfeld and Ben Sinclair. It premiered on Vimeo as a web series on November 11, 2012. ‘High Maintenance’ then moved to HBO on September 16, 2016, as a television series, where it currently airs.

Each episode focuses on a different client and features a new set of characters. The show is unique in every aspect and especially the storytelling of the show stands out. It has been praised by critics and has formed a large fan following.

The show has spanned three successful seasons to date. Now the question is when will ‘High Maintenance’ Season 4 premiere? Let’s find out.

High Maintenance Cast: Who is in it?

Across all the seasons the only cast member who has kept returning is ‘The Guy’, vis-a-vis, the weed dealer, portrayed by Ben Sinclair, who is also the co-creator of the show. All the other cast members are different for each episode. This is primarily due to the show’s format that ensures that the lives of various people are told through the one connecting link among all of them, their drug dealer.

High Maintenance Plot: What is it about?

Each episode of the series, ‘High Maintenance’ is named after an unseen peripheral character that someone in the episode mentions. The characters seem relevant regardless of whether or not you engage in similar activities. This expert portrayal is what sets this show apart and has earned it high praise from critics.

While there are several shows that take a look into the lives of drug dealers, trying to decipher what got them into the business and why they do what they do, there are very few that take a look at the consumers and where they are coming from. Even if shows do deal with drug consumers, they are rarely in such a comical vein as ‘High Maintenance’.

Since the story is presented from the perspective of the dealer, ‘The Guy’, each interaction is timed, that is, the dealer only interacts with the customer for the duration of time it takes to make the exchange of money for weed. The series is shot in various parts of Brooklyn and sometimes Manhattan. It manages to provide a wide spectrum of customers who come from different walks of life and gives us a small window to peek at their minds before moving on to the next customer.

This is done artistically and often results in very humorous situations. However, it is not just the format that sets the show apart, but the very content of it. While weed is often referred to as the gateway drug by disapproving people and organizations, there is no denying the fact that it is one of the most common substances that people resort to, not to mention one of the most easily accessible drugs.

Thus, people from various walks of life end up smoking some of those green buds in order to unwind or even take their minds off their daily routines. ‘High Maintenance’ shows exactly that. Every episode succinctly portrays the characters from a cross-section of society, thus helping us gain a witty and comic insight into society at large.

As we are offered glimpses into the lives of various New Yorkers, think of this show as smaller than a slice of life, maybe call it a sliver of life. For the amount of time it takes for Sinclair’s character to make the deal, we get a peek into why that particular person wants to get high, what they do and what their views are to a small extent regarding relationships and families.

‘The Guy’ keeps the audience’s interest alive since his customers all seem so fascinating, mostly because we know that this is the one time we will meet them and perhaps not see them again unless of course, they are repeat customers which the show has not really explored up until now. ‘High Maintenance’ takes a unique look at drug dealing and comes up with the angle that drug dealers often meet the most interesting people in their line of work and have some pretty interesting stories to tell us if we are willing to listen.

The upcoming season will continue in a similar fashion. But there is a slight change. The Guy has ditched his RV and this time he will be seen on a bike with a dog as his sidecar companion. HBO describes the season as follows: “With a new friend by his side, The Guy drops in on a variety of customers whose disparate lives, jobs, identities, and circumstances reveal the human connection that we all seek. Playing out over the course of a year, this season focuses on cycles of renewal, webs of human connections, and putting down roots in the ever-changing ecosystem of New York City.”

High Maintenance Season 4 Release Date: When will it premiere?

Just two days after its finale, on March 19, 2019, the show was renewed for Season 4 by HBO. The cannabis deliveryman comedy-drama even has an official release date. ‘High Maintenance’ Season 4 releases on February 7, 2020, at 11 p.m. EST.