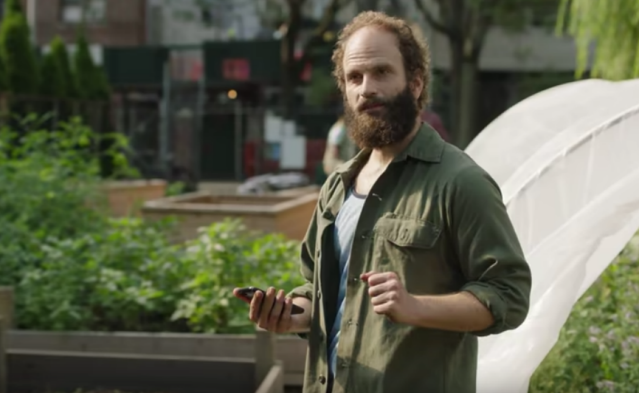 Contrary to conservative beliefs, drug dealers can be rather interesting people (I knew one who wanted to be in the movies). However, what we rarely stop to think about, is that drug dealers must meet a host of interesting people themselves, during the course of the day. This is especially true, if the drug that is being dealt, is cannabis, which is consumed by people from different walks of life. HBO’s ‘High Maintenance‘ brings us one such quirky tale.

We follow The Guy, an unnamed weed dealer, who rides his bike and delivers drugs to various clients all over New York. The characters are extremely relevant, and give us an insight into their lives. Currently, in the fourth season, ‘High Maintenance’ continues to remain a fan favorite.

Naturally, you might be wondering about what goes on in the latest episode. We are here to tell you that right after walking you through when and where to watch the upcoming episode.

High Maintenance Season 4 Episode 2 Release Date: When Does it Premiere?

‘High Maintenance’ Season 4 Episode 2 is slated to release on Friday, February 14, 2020, at 11 PM ET, on HBO. Titled ‘Trick’, the episode sees The Guy delivering weed to Matthew, a man who looks for a connection and hires an escort for the night. However, this woman is new to the business. Meanwhile, intimacy coordinator Kim learns a new fact about her love interest.

‘High Maintenance’ is an HBO show, so you can watch it with a cable connection. If you don’t have one, head to the HBO site, or HBO Go, HBO Now, all of which will let you stream the episode. Cord cutters can resort to DirecTV. Hulu or Amazon Prime subscribers can add HBO to their existing packs, and stream and watch the latest episodes of ‘High Maintenance’.

The first episode is titled ‘Cycles’ and while it might refer to The Guy riding his cycle to deliver weed, it also refers to the cycle of events that happens in life. We see The Guy working at a compost yard. He also seems to have adopted a one-eyed dog that he found on the street.

We hear a phone conversation, where The Guy speaks about the dog. However, the other end of the conversation cannot be heard. Meanwhile, at the compost yard, Chick tells The Guy about the old compost guru, Ernie, who happened to collapse one day, while coming back with coffee grounds. She suggests that he has been turned into compost now, and The Guy wonders whether she is joking. Chick admits to the joke, but something in her voice suggests otherwise.

Yara also takes her story to the people at ‘This American Life’, to see whether it is suitable for the radio program. However, it turns out to be unsuitable. Owen apologizes and gets back together with Yara, while Arnold shows up in a broken-heart costume, and Ira Glass interviews him for ‘This American Life’. As the credits roll, we see The Guy dancing in a chicken outfit.