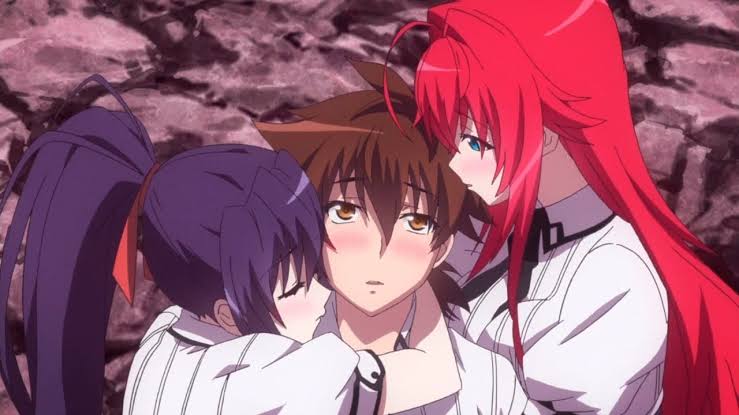 ‘High School DxD’ is a Japanese light novel series, penned by Ichiei Ishibumi and illustrated by Miyama-Zero. The story follows a perverted high school student who has one goal — become a harem king. However, when he is murdered by his first date, who is, in fact, a fallen angel, he is later resurrected by Rias. But now, Issei has to follow Rias Gremory and her devil family. However, when he starts becoming closer to his master, the dynamic causes chaos among the angels, the fallen angels, and the devils. The novels were eventually adapted to a manga series, which was then developed into an anime show — that dropped on January 6, 2012. Over the years, the anime has spawned four seasons. Let us now get into the details of its fifth installment.

High School DxD Season 5 Release Date: When Does it Premiere?

‘High School DxD’ season 4 premiered on April 10, 2018, on AT-X, in Japan, and wrapped up on July 3, 2018. It consists of 12 episodes. The anime can be watched on Funimation in the US. As per sources, the series has already been renewed for its 5th outing. Although it was expected that the new iteration would drop in 2020, production delays due to the COVID-19 pandemic did not make that possible. Most likely, ‘High School DxD’ season 5 should premiere sometime in 2021.

High School DxD Season 5 Plot: What Can it be About?

‘High School DxD’ introduces us to Issei, a high school student who falls in love with the gorgeous Yumma. But things take a drastic turn when he gets killed on the first date. He is later rescued by Rias Gremory, the devil, who asks Issei to serve her and work for the school’s club. Eventually, in order to survive in the chaotic world of the devils and angels, Issei starts working on his own skills.

Season 5 marks the comeback of Yuki Kaji as Issei Hyodou, Ayana Taketaksu as Koneko Toujou, Yoko Hikasa as Rias Gremory, Shizuka Ito as Akeno Himejima, and Azumi Asakura as Asia Argento. Produced by Passione Studio and directed by Yoshifumi Sueda, the new season will take up additional material from its source material — the eponymous light novels to create new storylines. Since season 4 covers two volumes, 9 and 10 from the light novels, we expect season 5 to adapt the next two volumes — 11 and 12.

The upcoming season should kick off with the start of the Middle-Class Promotion Test. While Issei, Akeno, and Kiba prepare and get ready to ace the test, Koneko begins to act dubiously. Koneko also comes to know about Issei and Rias’ closeness and is not quite happy with the development. On the other hand, there is another massive twist. Azazel brings Ophis and the head of the Khaos Brigade to the Hyoudou Residence.

Read More: Best Anime Movies Like Children of the Sea