Will There be a High Seas Season 4? 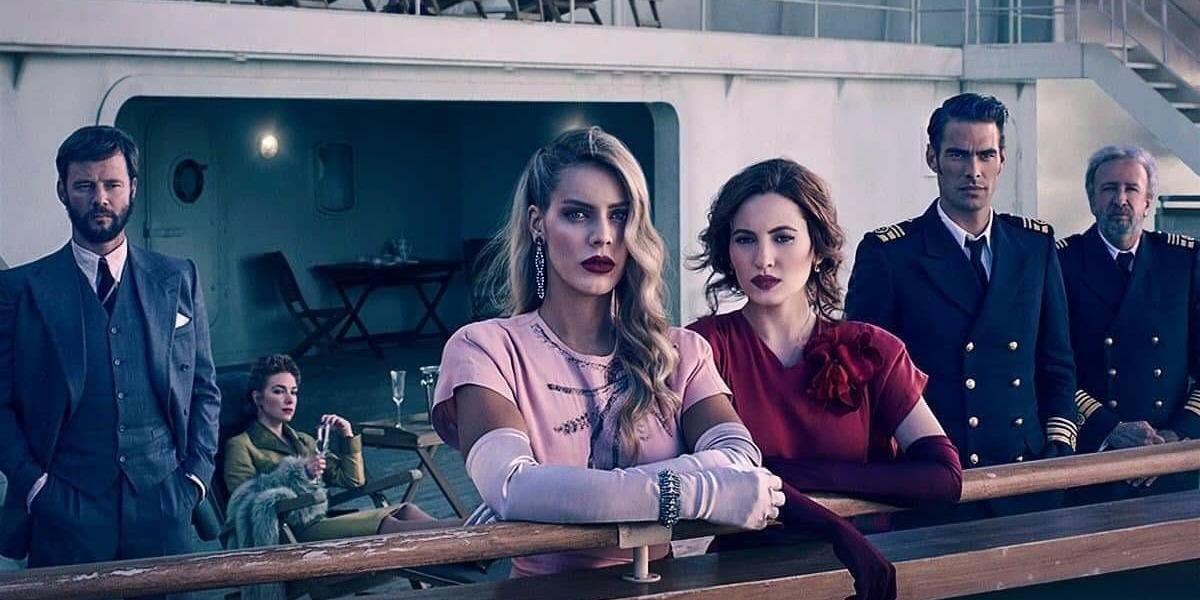 Since its inception in May 2019, Netflix’s Spanish original, ‘High Seas,’ has been keeping the audiences hooked to its intriguing premise that revolves around two sisters Eva and Carolina Villanueva, who find themselves in the middle of a mysterious murder while aboard a luxury ocean liner, Bárbara de Braganza. The Agatha Christie-style murder mystery series has been created by Ramon Campos and Gema R. Neira.

Over the years, it has received a favorable response from the critics and audiences for its multi-faceted narrative, nuanced characterization, compelling performances by the stellar cast, period costumes, and embellished production design. After binge-watching the third season, fans are wondering: Will there be a ‘High Seas’ season 4? We might have some good news for you.

‘High Seas’ season 3 premiered in its entirety on August 7, 2020, on Netflix. It consists of six episodes with a runtime of 38-45 minutes each.

Netflix is yet to make an official announcement regarding the renewal or cancellation of the series. However, fans would be delighted to know that a report dating back to November 2019, suggests the show’s production company, Bambú Producciones, is already developing the fourth season of the crime drama series. Not much light has been thrown on the details of its release date but if the reports are true and the show has actually received the stamp of approval from the streaming giant, we can expect ‘High Seas’ season 4 to release sometime in late 2021, on Netflix.

High Seas Season 4 Cast: Who is in it?

The ensemble cast features ‘Pan’s Labyrinth’ fame Ivana Baquero in the lead as Eva Villanueva, along with Alejandra Onieva, who plays the role of Eva’s older sister, Carolina Villanueva. José Sacristán appears as Pedro Villanueva, the uncle of Eva and Carolina. Brazilian actor Marco Pigossi steps into the role of a spy, Fabio, who seeks Eva’s help in his case.

The cast also includes Begoña Vargas as Verónica de García, the daughter of maid Francisca and Eloy Azorín as Fernando Fábregas, Carolina’s husband and owner of the transatlantic ship. Jon Kortajarena, who essays the character of officer Nicolás Vázquez, might not return in the fourth season. Except for a few, almost all the main cast members might reprise their respective roles in the fourth season. Season 4 might also include fresh additions to the main cast.

High Seas Season 4 Plot: What can it be About?

In the third season, Eva and Carolina hop aboard Bárbara de Braganza, this time to sail from Argentina to Mexico. Eva is approached by a Brazilian spy Fabio to help him in tracking down a man who is carrying a hazardous chemical weapon on the ship. As Eva and Fabio delve deeper into the case, dead bodies start appearing on the ship, and the suspicion shifts to the two investigators. In the finale, all hell breaks loose on the luxurious cruise as the virus begins to spread rapidly. Eva, Nicholas, and Fabio find the perpetrator and save many lives. Unfortunately, Nicholas loses his life after getting stabbed repeatedly.

In season 4, we can expect the sisters to embark upon another mission after the almost-fatal trip from Argentina to Mexico that ended with them on a rescue boat along with a few survivors. Eva might take her time to heal from the loss of Nicolás Vázquez, the bodacious officer of Bárbara de Braganza. In the fourth season, the lives of Carolina and Eva might get entangled in another mystery and we might get to witness Eva satiate her penchant for mystery-solving.