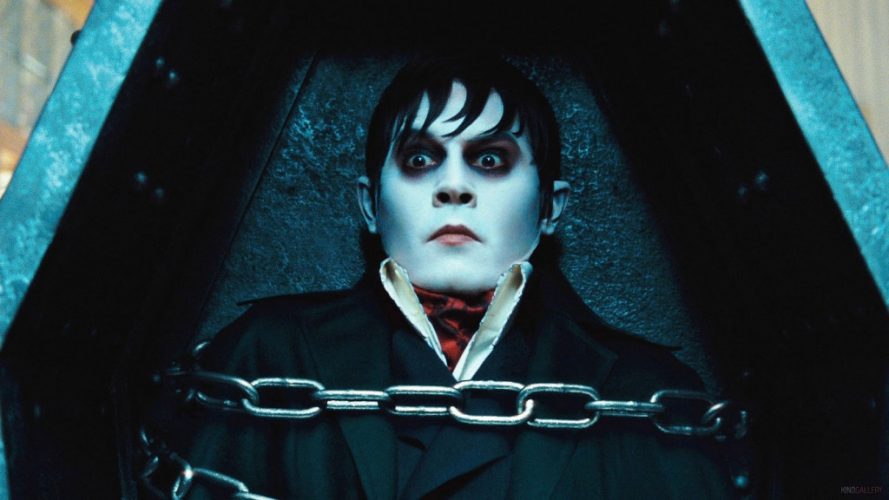 Fascination is always inspired by the things that remain unknown to us. There is no limit to imagination and there are some tales that never grow old, much like the focus of their stories! It’d be a hard task to trace the origins of the lore that propagated the story of a blood-sucking being who could only come out in the dark; though one can, pretty unarguably, say that Bram Stoker played a big role in it. However, the world has moved on, and the story of vampires has evolved over time. They are not limited to being foul creatures that can turn into a bat at will.

From shiny, pretty things to assassins in skinny black capes, vampires and draculas have come a very long way. Like any good tale, their stories never get old. In fact, every now and then, authors and filmmakers concoct some new world with these creatures, making some minor changes in their strengths and weaknesses. Whether you are the romantic who fell for Edward, or the goth who’d rather watch Selene kick some Lycan ass, Netflix has just the movies that will keep you satiated. Here is the list of really good dracula and vampire movies on Netflix. The list includes romantic vampire movies, female vampire films, vampire horror films and vampire films for kids. 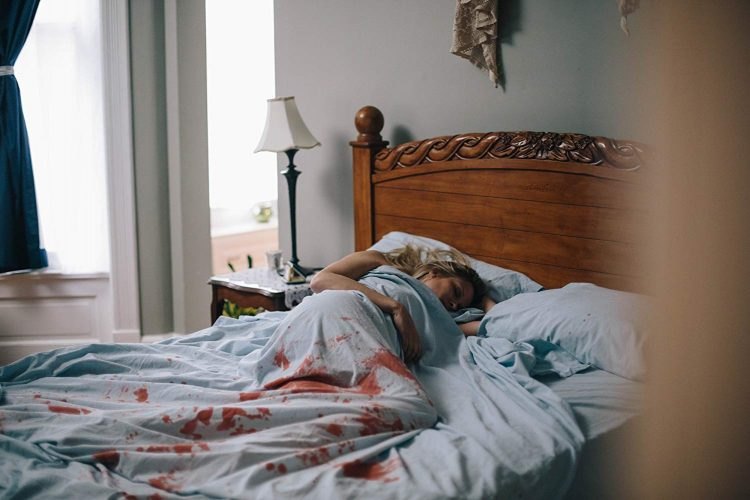 This film is unlike any other on the list. In fact, it is one of those rare vampire films that take a different turn and rather than focusing on blood and gore or reeking with cheesy romance, hold the promise of being subject of a meaningful conversation. Ellie is a drug addict. She has ruined her life because of her addiction, and now, it is wreaking havoc on the life of her children as well. For their sake, she decides to get clean. However, her children have witnessed similar attempts before and know that, like previous times, Ellie will relapse sooner or later. And so, it happens. However, this time, she comes back with a different sort of addiction. In her recovery meetings, she comes across Christopher. He is an addict too, but what he is hooked on is something entirely different than what plagues Ellie. Falling for him, Ellie allows him into her life and her home. Her children are forced to pay the price of her ignorance. 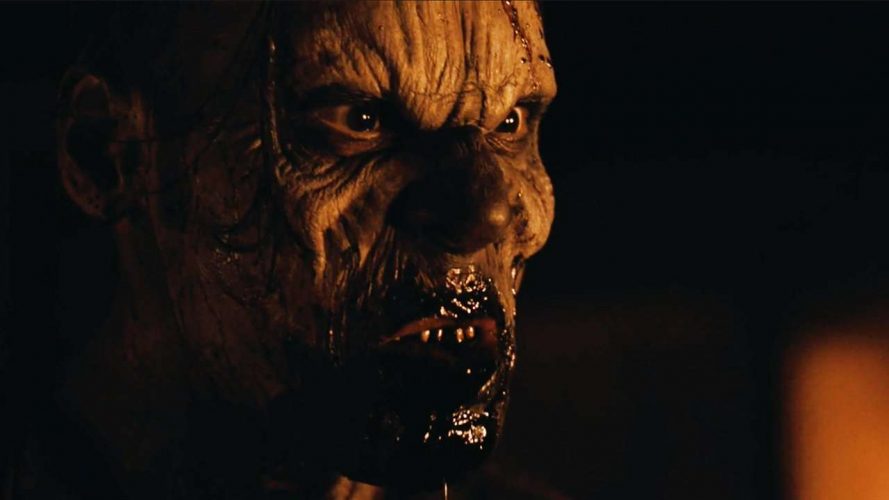 This film is the sequel to 2010’s ‘Stake Land’ which is set in a post-apocalyptic world. A virus turned humans into vampires and since then, the world has become the lair of chaos. The humans have huddled together to save themselves from the growing number of the blood-thirsty creatures. Martin is a young man whose family is killed in an attack by vampires and he, then, vows to learn ways to kill them. Owing to his good luck, he crosses path with Mister who is adept at killing vampires and comes under his tutelage. The end of the last film saw Martin becoming a master at killing vampires, and Mister parting ways with his protégé considering that he had done his work. In ‘Stake Land II’, we find that the world hasn’t changed. The same forces are at work and the conditions have only worsened. When another tragedy befalls Martin, he is forced to seek out Mister, and together, they take the danger head-on. Only this time, it is not as easy to emerge victoriously. Sacrifices will have to be made. 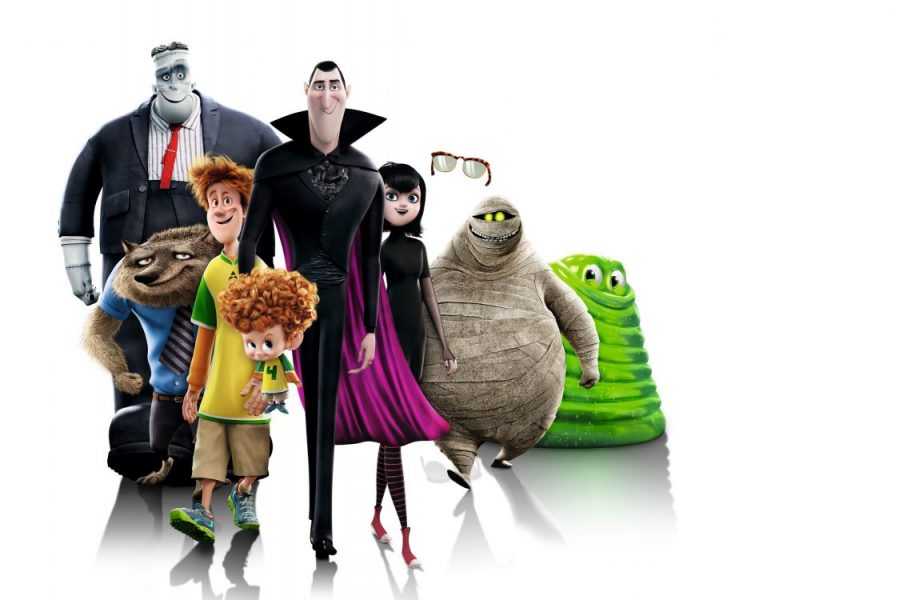 A sequel to ‘Hotel Transylvania’, this film picks up the events seven years after the first film. In the previous instalment, we were introduced to Dracula and his daughter Mavis, and how he made a hotel, away from humans, and as a safe haven, but mostly a vacation home, for other monsters. He tries hard to keep his daughter away from humans, but when Johnny loses his way in the woods and ends up at the hotel, Mavis becomes enchanted with him. The film ended with Johnny and Mavis getting their happily ever after. In this film, they now have a child named Dennis. Mavis wants to leave the monster world and live with humans so she can provide a better life for Dennis. Johnny, on the other hand, doesn’t want to go back to the world where he isn’t valued. Dracula doesn’t want to lose his daughter to humans and is plagued by the thought that his grandchild Dennis might not be a vampire. This film shows all these characters trying to find a way to make their wishes come true. The focus mostly lies on Dracula’s relationship with his grandchild and his hilarious attempts of bringing out his vampire traits. If you are a bit tired of watching dark vampire films, ‘Hotel Transylvania 2’ will come as a happy reprieve. 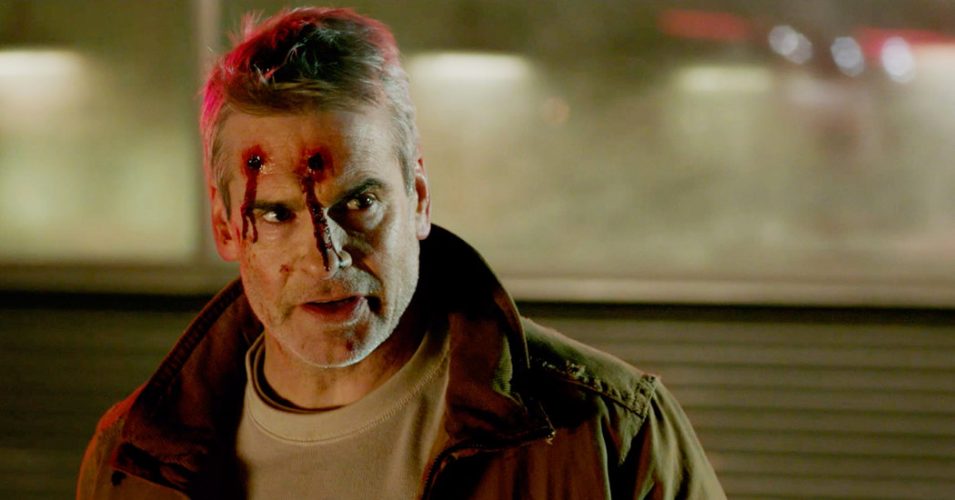 I should probably put a disclaimer before we further discuss the premise of this film, in case you haven’t seen it. It might not explicitly be categorised as a vampire film, especially considering that it isn’t explicitly mentioned in the film and that the creature can walk out in the sun. Also, it’s a comedy. Sort of! However, if you want the story of an immortal man who can’t control his hunger around humans, then I don’t think we should fuss about the details any further! Not to spoil or anything, this film will introduce you to a new sort of being, though once you get acquainted you might find that he is quite old. Also, if you get to like this film, then you should know that a miniseries is being made to further explore the backgrounds of its protagonist. ‘He Never Died’ is about Jack. He has distanced himself from the society, only making interactions when he absolutely needs them. He lives alone and to keep himself satiated, he has struck a deal with a young man who works in a hospital and provides him with blood bags. All is going as routine, until one day, Jack receives a call from his ex-wife who tells him that their daughter has gone missing and that she needs her help finding him. 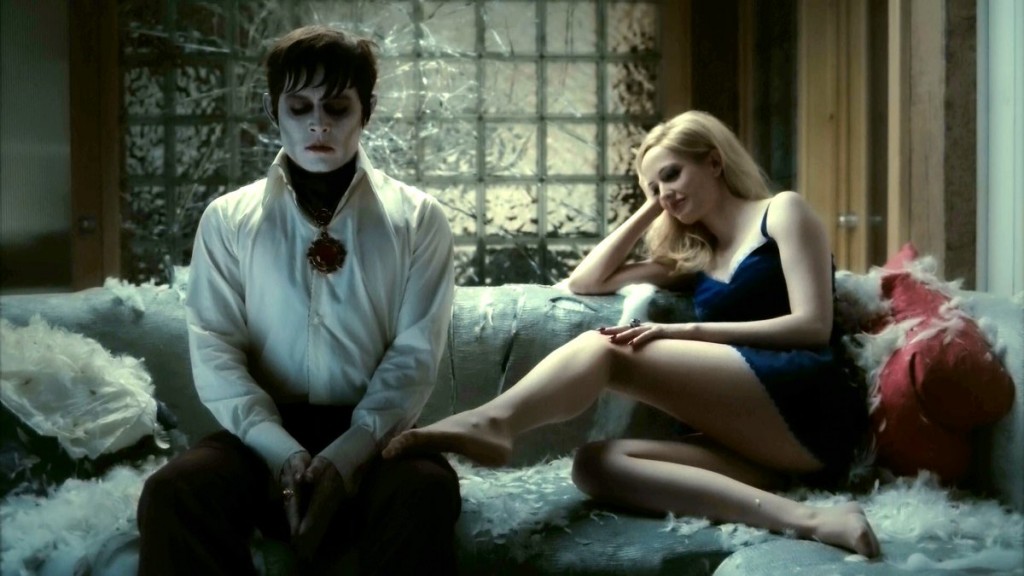 Tim Burton is known for making dark and gothic films and this is what makes him a perfect person for directing a film about a vampire. In his yet another collaboration with Johnny Depp and Helena Bonham Carter, Burton tells the story of a man named Barnabas Collins. He is the son of a rich merchant who moved from England to America in 1760 and founded the town of Collinsport. Ever since Barnabas was young, he was followed around by Angelique who was smitten with him and hoped that one day he would marry her. However, Barnabas’ heart is taken by another girl, named Josette. Angered by jealousy and believing that he has broken her heart, Angelique curses the Collins family which leads to the death of Barnabas’ parents and the suicide of Josette. In a fit of grief, when Barnabas tries to kill himself, he discovers that he is unable to do so because Angelique has cursed him to be a vampire. When he still refuses to be with her, the witch turns the townspeople against him who capture him and bury him in a coffin. In the present day, a group of workers dig up the coffin by mistake and release the vampire from his imprisonment. When he returns home, Barnabas realises how much the world has changed, discovers the pathetic condition of his descendants, comes up with a plan to exact revenge on Angelique, and tries to win the love of his previous life who has now reincarnated as someone else. 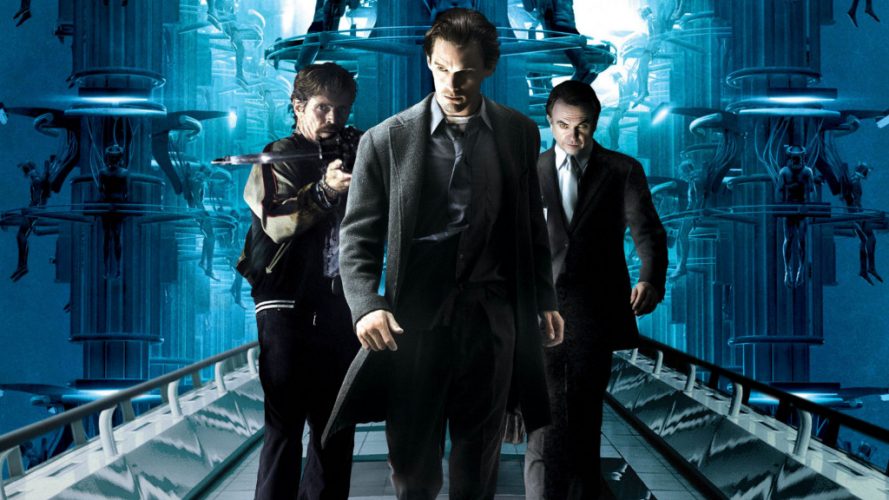 Set in 2019 (which, incidentally, is this year itself!), this film tells of a world that is quite unlike the one that we live in. A plague turned people into blood-thirsty vampires, and, understandably, as the population of the vampires increased, the number of humans decreased exponentially. This became a bittersweet experience for the vampire community. Sweet because with their numbers larger than that of humans, now, they were the ones with the dominion over the world. And bitter because the depleting number of humans meant a decreasing supply of blood for them, which, in turn, is quite a drastic turn for them because no humans mean no vampires either. In fact, if they don’t get their regular supply of blood, the vampires turn into mindless, bat-like beings, who lose their memories and become crazy for blood. To keep this problem in check, the vampires have come up with an unusual arrangement. They capture humans and harvest them for blood. Considering that this will not play well in the long run, they are researching to come up with a substitute, synthetic blood. Edward, though not Cullen but Dalton, is a haematologist who is a part of this research for the biggest blood supplier corporations in the world. He might be a vampire, but he is not a bad person. When he saves a group of humans from vampire police, he becomes the part of a revolution that plans to overthrow the vampire regime by changing them back into humans. 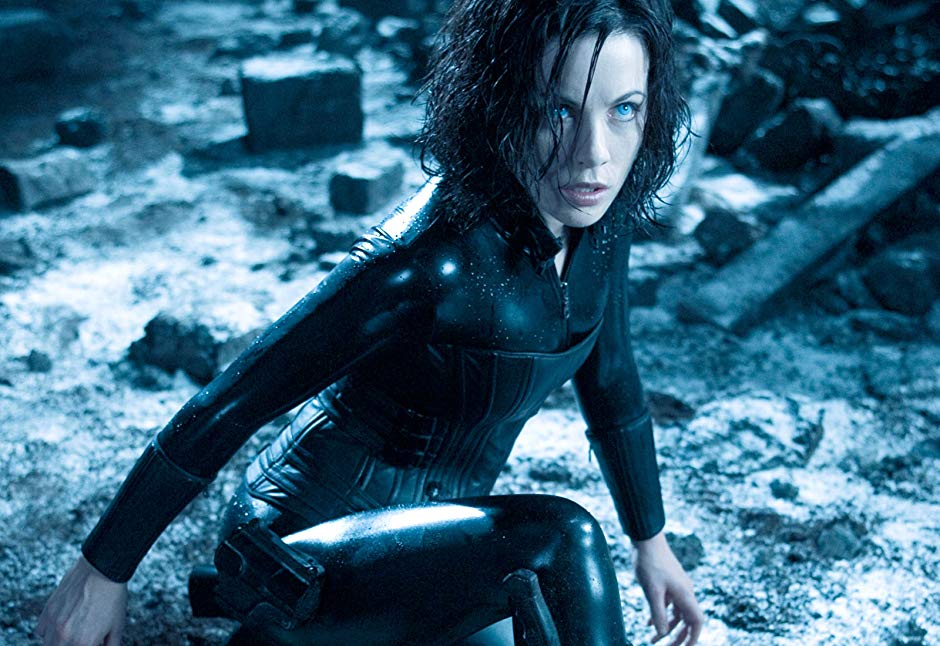 If there is one creature that has rivaled the popularity of vampires, it is werewolves. These beings face competition from each other on the grounds of better stories. Even though both of them are creatures of the night, they differ from each other in some grand ways, and using these differences, storytellers have coloured their reputations as each other’s natural enemies. So, when they are brought together in one screen, it is sure to be a blast! ‘Underworld’ is the first in the series of films that builds upon the mythologies of vampires and werewolves. The first film introduces us to Selene, a Death Dealer, which means she is an assassin. Centuries ago, her family was killed by Lycans and she was turned into a vampire when an Elder found her in a near-dead state. Since then, her objective has only been to find and destroy Lycans who have been at war with vampires since a very, very long time. In one of her missions, Selene discovers that the threat of the Lycans is much more advanced than what their current leader had led them to believe. Her findings point towards a conspiracy, and she also discovers that all the events lead her path to a human named Michael Corvin. As deeply buried truths come to light, Selene’s loyalty is tested. 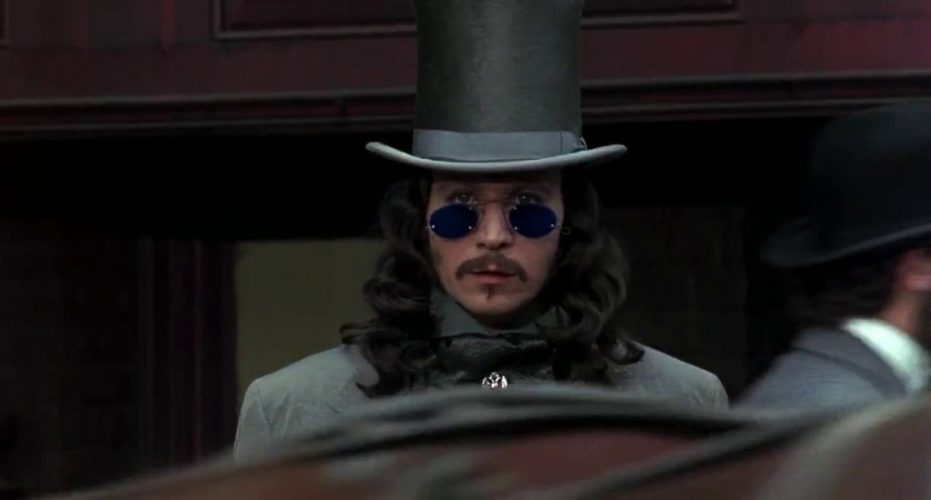 All the different forms and faces of vampires that we see on our screens now are only a derivation from the original tale told by Bram Stoker. So, being a fan of the genre, if you haven’t seen this film, then you immediately need to rectify this situation. Directed by Francis Ford Coppola, this film is the closest adaptation of the Bram Stoker’s novel (which is what its title points towards). Starring Gary Oldman in the leading role, it begins in 1462. Vlad Dracula returns from a victory against the Turks only to discover that false news of his death has led to the suicide of his wife, Elisabeta. Outraged by his loss and told that because suicide is a crime, Elisabeta’s soul will forever burn in hell, Vlad renounces his faith and his actions lead him to become a vampire. Centuries later, Dracula discovers that his lawyer, Jonathan Harker, is engaged to a woman who looks just like Elisabeta. In hopes of reuniting with his lost love, Dracula embarks on a journey that does not bode well for the people who cross his path. The film was an immediate success and was nominated for four Academy Awards, out of which it won three. Oldman was particularly praised for his performance, while Winona Ryder, who played Elisabeta/Mina, and Keanu Reeves, who played Jonathan Harker, also shared applause.