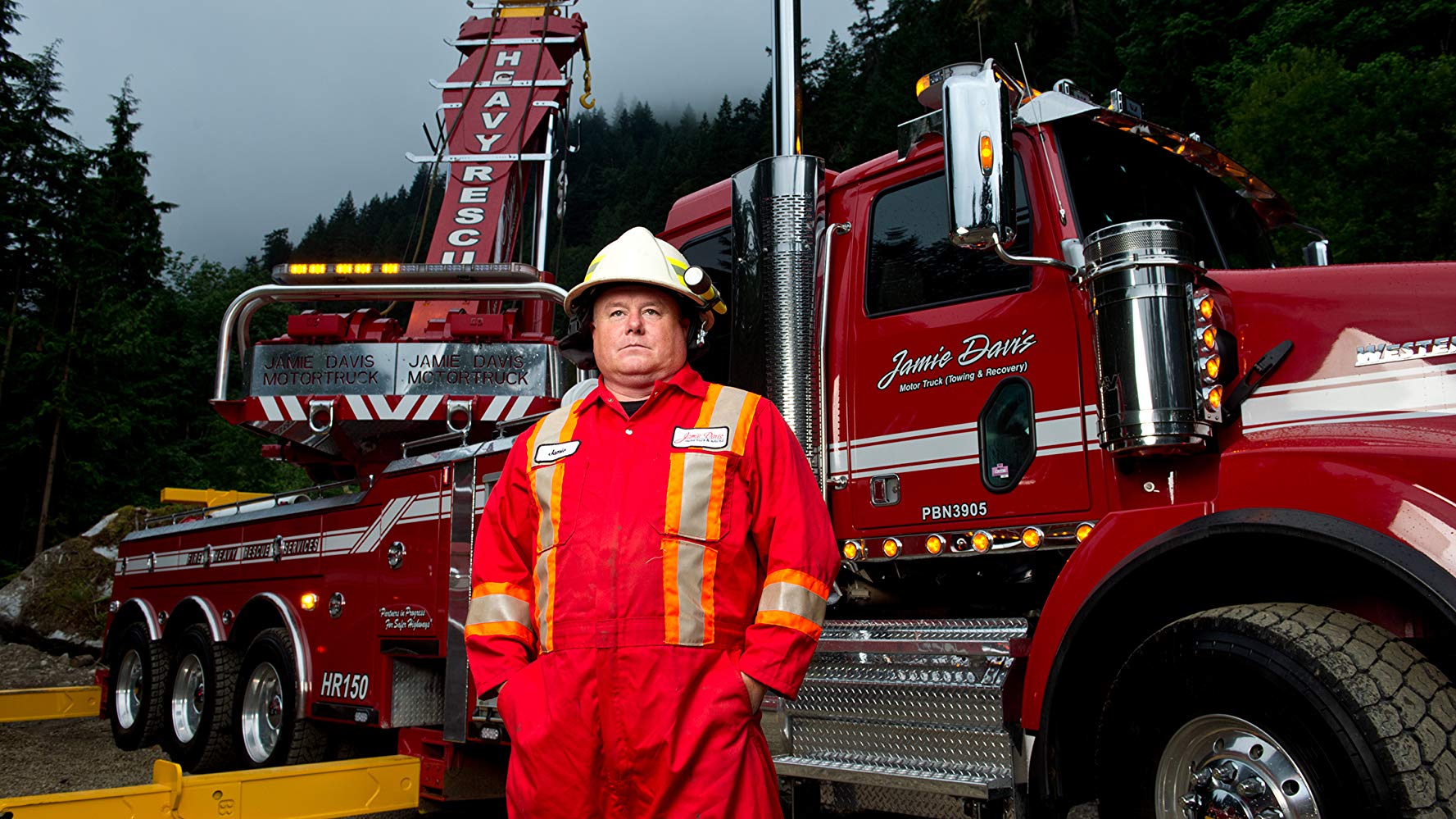 ‘Highway Thru Hell’, Discovery Canada’s long-running, most-watched factual documentary, follows a team of daring superheroes as they struggle to keep open the harrowing, economically vital, and dangerous highways in North America. It is produced by Thunderbird Entertainment Group Inc. in collaboration with Discovery Canada.

Created by Mark A. Miller, Kevin Mills, and Neil Thomas, the reality tv series concluded with its seventh season in December 2018. And as we expected, it was commissioned for yet another installment soon after. Here is everything we know about ‘Highway Thru Hell’ season 8.

Highway Thru Hell Cast: Who is in it?

‘Highway Thru Hell’ is narrated by Canadian actor and voice-over artist, Dave Pettitt. It features the crew of the Jamie Davis Motor Trucking company, located in Hope, British Colombia. This group is a heavy vehicle rescue and recovery towing company.

The show chronicles the struggles of these individuals as they operate their vehicles on the inhospitable terrains of BC Interior, particularly on the Coquihalla Highway.

Highway Thru Hell Plot: What is it about?

The unforgiving terrain of North America is home to several economically important trucking routes. However, it is extremely challenging to run heavy vehicles on these roads, which are bifurcated by steep canyons, sharp curves, and narrow ridges. The condition worsens further during the freezing winter months. ‘Highway Thru Hell’ is a fact-based documentary that follows the operators of towing companies as they fight to keep these roads open all throughout the year — with the help of heavy rescue trucks and advanced lifting machinery.

Creator Neil Thomas met an operator from Jamie Davis Motor Company when his moving truck got stranded on Highway 5 in the summer of 2010. Thus began the genesis for an idea, followed by Kevin Mills and Mark Miller, who paid a visit to Jamie Davis in 2011. They discussed how to develop a show that could transform public opinions about this side of the trucking industry. After its launch in 2012, ‘Highway Thru Hell’ was an instant hit. With raw, real-life scenes of steep slopes, extraordinary wrecks, nail-biting rescues, sub-zero temperatures, killer drops, and lethal slides, the series manages to keep viewers on their toes.

Across the episodes, we witness, how rescue-truck operators embark on their daily missions. We also see the companies expanding their geographical reach and growing their business. By the third season, several other crews are featured in the series, including Quiring Towing, Aggressive Towing, Mission Towing, among others.

The episodes follow the teams as they tackle challenging excavator recoveries, suffer gut-wrenching near-misses, replace vintage machines with costlier new versions, and execute some of the toughest jobs in order to stay on the top of the competition. At the beginning of the seventh season, we witness some of the younger generation stepping up to claim responsibility and assume leadership in missions.

According to Mark Miller, ‘Highway Thru Hell’ is so successful, mainly because of its cinematic storytelling and rich character development. According to him, “This series has raised the bar for factual documentaries around the world. In addition to attracting top ratings on Discovery in Canada, it is also a worldwide staple on Netflix.” He added, “Viewers connect with the day-to-day struggles of these heroes of the highway, which makes their stories highly relatable and visually entertaining.”

Highway Thru Hell Season 8 Release Date: When will it premiere?

The latest season also comprises 17 episodes and it is expected to conclude sometime in early 2020. It is available in over a dozen languages in more than 170 countries globally. In the US, it airs on The Weather Channel. Previous episodes of the series are also available on Netflix.

‘Highway Thru Hell’, since its debut, has managed to stay at the top of viewership charts, attracting impressive audience ratings. It is ranked among the Top 10 series on entertainment specialty television in Canada for total viewers and especially within the A25-54 demographic. The series was pivotal toward making Discovery Canada the most-watched channel in its timeslot, particularly among viewers in the A25-54 and A18-49 demography. It is so popular that it has spawned another spinoff series ‘Heavy Rescue 401’.

You can check out the official trailer for ‘Highway Thru Hell’ season 8 below. You can also head to their official site if you wish to catch up on all the previous seasons from the series.