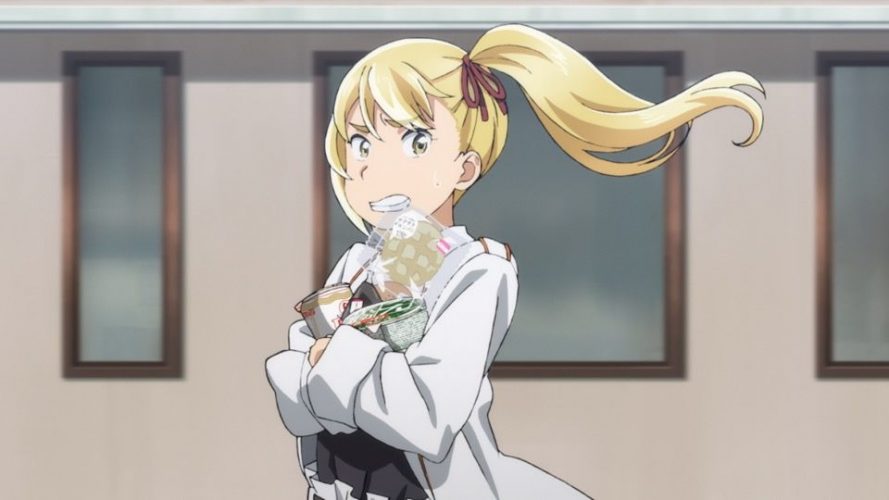 Hinamatsuri is a Japanese comedy anime television series which is based on a manga series of the same name. Written and illustrated by Masao Ōtake, the manga series began serialization in a magazine named Harta on June 15, 2010 and new chapters are being published even to this day. Nearly a decade after the manga series began serialization, famed Japanese anime Studio Feel announced plans to adapt the series into an anime television series. Kei Oikawa took over the directing duties based on the script written by Keiichirō Ōchi. Nippon Columbia produced the music and Rie Murakawa performed the opening theme song “Distance”, while Yoshiki Nakajima performed the ending theme “Sake to Ikura to 893 to Musume”.

Season 1 of Hinamatsuri was released on April 6, 2018 and it was deemed to be a great success by fans of the manga series and new viewers alike. Since then, fans have been waiting to hear news on a second season and here’s everything we know about the prospects of Season 2 thus far.

Hinamatsuri Season 2 Release Date: When will it premiere?

Hinamatsuri season 1 premiered on April 6, 2018 and ran for 12 episodes till June 22 of the same year. Immediately after its release, Season 1 was praised for its artwork and storytelling and became a very highly rated anime show. However, in spite of this popularity, Season 2 has not been announced thus far.

That being said, there’s no reason to get worried just yet if you’re hoping to hear news on a second season. Firstly, since new chapters of the manga series are still being published, there is definitely no dearth of source material for a second season. Secondly, considering the fame and monetary success Season 1 of Hinamatsuri brought feel., the studio should be more than willing to extend the show’s run. Given these facts, we think that there’s a good chance of Hinamatsuri being renewed for Season 2. Based on everything we know, Hinamatsuri season 2 release date to fall sometime in 2021.  However, nothing in the anime industry can be taken to be a certainty and we won’t know for sure what fate awaits Hinamatsuri till feel. makes an official announcement on the future of the show. We’re keeping our ears open for news on Season 2 of Hinamatsuri and we’ll update this section as soon as we hear something reliable.

For those who like watching anime shows in English, the good news is that Hinamatsuri has a great English dub which was made keeping in mind the show’s international fanbase. If you want to watch the show in English, you can find dubbed episodes on websites like Funimation. You can also stream it on Crunchyroll with its original  Japanese audio and English subtitles.

In spite of being a comedy anime show, Hinamatsuri has both crime and supernatural elements and revolves around a yakuza member who has to take care of a girl with telekinetic powers.

The show starts off when yakuza member Yoshifumi Nitta finds success in stealing a priceless vase for his collection and starts celebrating. However, his moment of glory is interrupted when a large, mysterious capsule falls on his head. When Yoshifumi opens the capsule, he finds a young, blue-haired girl to his surprise. To complicate matters for Yoshifumi, the girl reveals nothing but her name – Hina – and the fact that she has telekinetic powers beyond imagination. What’s worse is the fact that if Hina doesn’t make regular use of her powers, she loses control of her powers and causes a massive explosion.

Left with no choice, Yoshifumi thus takes it upon himself to become a Hina’s caretaker. Things, however, take another dramatic turn soon when a rival yakuza gang attacks Yoshifumi’s boss. To make matters worse, Yoshifumi is framed for the attack and he becomes determined to prove his innocence and his loyalty towards his boss. For the same purpose, Yoshifumi heads to the rival yakuza gang’s hideout to exact revenge but before he can do so, Hina steps in and uses her powers to wipe out the entire rival gang. Following this incident, Yoshifumi realizes that he and Hina can help each other and the show follows their many adventures and misadventures.

Although Hinamatsuri has a long list of characters, there are only two main characters in the show. Below, we’ve provided you with brief backgrounds on each of them.

Yoshifumi Nitta: The male protagonist of the show, Yoshifumi is an up and coming member of the Ashikawa-gumi gang. Blessed with extraordinary administrative abilities and intelligence, Yoshifumi is shown to be wise for his age and runs multiple shell companies to mask his illegal business. After Yoshifumi mysteriously meets Hina, he quickly rises through the ranks of the Ashikawa-gumi thanks to Hina’s destructive powers. However, to the outside world, Hina’s identity remains a secret and most people think of her as Yoshifumi’s daughter from a past marriage / relationship. Apart from his prowess as a criminal, Yoshifumi is also shown to be efficient at day-to-day tasks and has praiseworthy cooking and housekeeping skills. He also has a hobby of collecting rare and expensive porcelain vases, which Hina has a habit of destroying. Over the course of the show, Yoshifumi rises from being labelled a traitor to becoming a top lieutenant of the Ashikawa-gumi.

Hina: The titular heroine of the show, Hina is a young girl who has tremendous telekinetic powers. A complicated aspect to Hina’s abilities is that she has to use them regularly or risk losing control and exploding. Owing to Hina’s expressionless face, very few are able to make out what she’s feeling, and she spends most of her time lazing around Yoshifumi’s house. At other times, she sleeps in school or helps Yoshifumi out with his assignments. Hina is also shown to be extremely particular about food, and while she doesn’t have a very refined palate, her favourite food is salmon roe. While most people think of Hina as Yoshifumi’s illegitimate daughter, she is actually from the future. Although her origins are shrouded in mystery, it’s known that Hina was experimented on in the future and made into a living weapon capable of massive destruction.