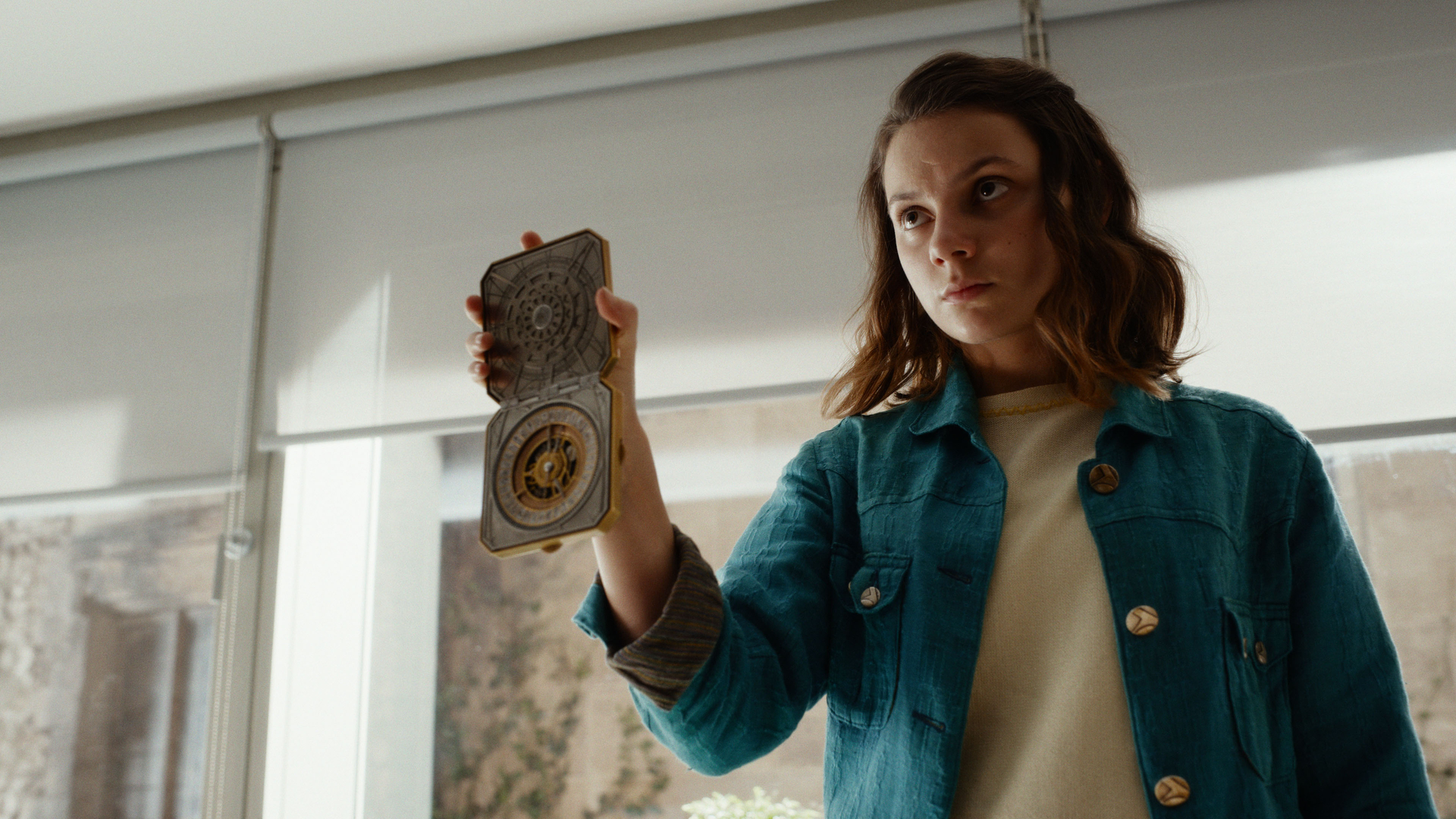 Multiverses, an oppressive theocratic authority, a steampunk ambiance, a perfect blend of natural science and mystical allure – ‘His Dark Materials’ seemingly has it all, and more. Jack Thorne develops the small-screen adaptation of celebrated child novelist Philip Pullman’s vastly popular trilogy of the same name in this BBC-HBO fantasy drama show. The series follows the journey of Lyra, who lives in a world governed by the Magisterium, a quasi-religious organization that does not let conflicting voices come out. She teams up with Will to unravel the secrets of the multiverse. Central to the storyline is the mysterious particle named Dust, which parallels the “dark matter” of astrophysics.

Following its November 2019 premiere, the fan-favorite series has spawned two seasons, covering the trilogy’s first two books. The series garnered praise from critics on account of its exceptional performances and impeccable production quality. However, it has been a while following the finale of the sophomore season, and you must be getting impatient to learn more about the show’s future. In that case, let us tell you what we know.

‘His Dark Materials’ season 2 premiered on November 16, 2020, on HBO, with the season finale being aired on December 28, 2020. UK audiences were lucky enough to experience the second season eight days earlier than their US counterparts. It premiered in the territory on BBC One on November 8, 2020, and finished airing on December 20, 2020. The second season packs seven episodes with runtimes ranging between 45 and 55 minutes per episode.

Let us now divulge all the information we’ve gathered about the show’s third installment. Two days after the second season’s finale aired in the UK, BBC and HBO renewed the show for its third and final round. All good things must come to an end, and following the tripartite structure of the original material, the creators and producers found no need to stretch the story to a mush. However, since Pullman is working on the last book of the companion trilogy titled ‘The Book of Dust,’ fans will hopefully see more of the magical multiverse.

Production for the upcoming season was slated to commence in Cardiff in early 2021, but the schedule was delayed amidst the uncertainty caused by the pandemic. However, filming finally started on May 24, 2021, and is on its way to a presumable wrap-up, as is revealed from an Instagram story shared by series co-star Jamie Ward. The series expends a lot of energy on special effects and dubbing, and thus, we expect ‘His Dark Materials’ season 3 to premiere sometime in Q3 2022.

All of the central cast members will return for the third and final haul, but there will be some changes. Dafne Keen will take up the central role of Lyra Belacqua once again, alongside Ruth Wilson, who will essay the character of Marisa Coulter. Will Keen will be back to portray Father Hugh MacPhail. Moreover, James McAvoy has been reinstated as the primary cast member as he will reprise his role as Lyra’s father, Lord Asriel Belacqua.

His Dark Materials Season 3 Plot: What is it About?

In the second season’s finale, Lyra, Will, and the witches continue their journey, led by Serafina. Ruta Skadi comes to know of an imminent war from creatures called cliff-ghasts. Elsewhere in Cittàgazze, Mrs. Coulter tortures her way into finding out Lyra’s location. In the big revelation, we come to realize that Lyra would be the second Eve ushering in the second Fall of Man.

While John Parry escapes the horde of Magisterium soldiers, Lee is not so lucky. He invokes Serafina as a last resort, but when Serafina appears, it is a bit too late. Lee dies in the scene, while John is soon to follow. But before death, John Parry communicates with Will and instructs him to follow the angels to Asriel. A war is brewing, and the angels want Lord Asriel by their sides. Mrs. Coulter abducts Lyra, who communicates with Roger through visions.

The third season will be based on the third book of the series, named ‘The Amber Spyglass.’ The show primarily follows the structure of the original material. Thus, the story will begin right in the aftermath of the second season’s cliffhanger finale, where Lyra will still be in the custody of Magisterium agent, Mrs. Coulter. On the other hand, Will has to play an instrumental role as the bearer of the Subtle Knife, especially since it was his father’s dying wish. In his journey, Will will indeed meet two angels, Balthamos and Baruch, who will urge him to join Lord Asriel in the bleak world.

However, Will will prioritize saving Lyra over becoming the fabled knife bearer. But Mrs. Coulter will be hellbent on eliminating Lyra, who, for her, is a symbol of mortal sin and heresy, much like the original Eve. However, you will be relieved to know that Will and his motley team will rescue Lyra from her vile mother’s clutches. The unfolding drama of the season will reach a boiling point, and you should brace yourself for an epic final round of the series.