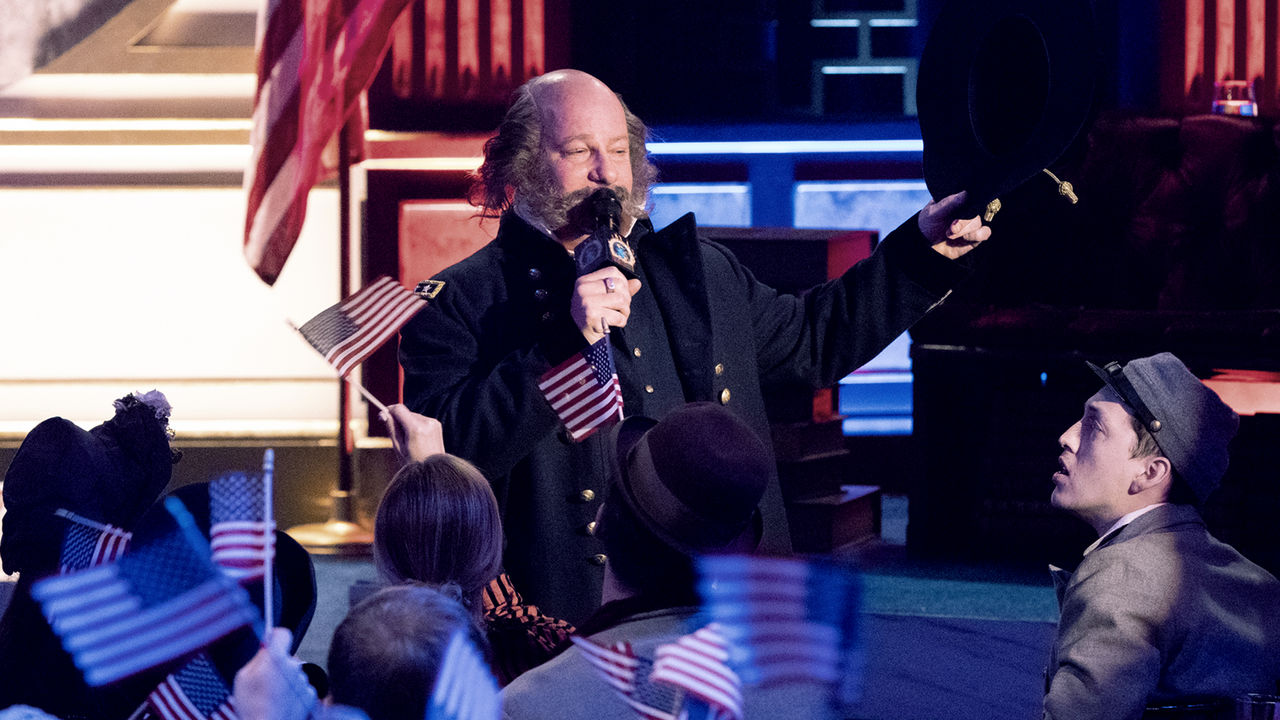 Roasting is a special brand of comedy where the objective is to insult a subject as much as possible throughout the length of the show or episode. After putting their foot into the stand-up comedy scene and coming out with some stand-up specials of famous comedians like Ellen DeGeneres, Amy Schumer, Ricky Gervais, and others, Netflix added another little gem titled ‘Historical Roasts’ to their repertoire. The show is hosted by Jeff Ross, one of the best comedians in today’s world and a veteran in the roasting circuit. Interestingly enough, ‘Historical Roasts’ started as a live comedy act at the famous Los Angeles nightclub called The Comedy Store.

OBB Pictures is the company producing the show for Netflix. There were multiple bidders for the show, but they all ultimately fell to the might of Netflix. Michael D. Ratner, the CEO, and director of OBB, is the director and executive producer of the show. The co-executive producers are Eddie Furth, Ryan Pigg, and Samee Junio. Ratner himself is determined to take his production house forward, saying, “As we continue to expand and diversify our portfolio at OBB, it’s our mission to create incredible opportunities for both new and established talent.”

Historical Roasts Cast: Who is in it?

The host and the only member of the cast who is seen in all the episodes is the famous comedian Jeff Ross. Over the years, Ross has mainly been associated with insult-based humor and roasts. In the comedy circuit, he is popularly known as Roastmaster General for his huge contributions to the craft of roasting. The series of celebrity roasts hosted by Comedy Central called ‘Comedy Central Roasts’ has seen Ross participate in the roasting of numerous stars like Pamela Anderson, William Shatner, Donald Trump, Charlie Sheen, James Franco, Justin Bieber, and others.

In this show, besides roasts, other celebrity comedians can also be seen dressed up as particular figures from history like Muhammad Ali, Abraham Lincoln, and Cleopatra. According to Ross, “People always ask me who my dream roast would be — this concept allows me to finally roast them all. Plus, I’ll be learning a lot along the way. The possibilities are as long as mankind itself. Everyone from Moses to Tupac can be in the hot seat. This is one more giant step in the global roasting movement.”

The writers must also be mentioned in this regard. Frank Sebastiano from ‘Saturday Night Live’ is the show’s head writer. Besides him, Lance Crouther, who works on ‘The Chris Rock Show’ and ‘Real Time With Bill Maher’ has joined forces with ‘Roast Battle”s Robin Tran for ‘Historical Roasts’. “I didn’t want this to be an old white guy’s history show,” says Ross. “I wanted it to represent what’s going on in the world now, so you need a very diverse writing staff.”

Historical Roasts Plot: What’s it about?

‘Historical Roasts’ uses the insult humor to roast some very important figures from history. The icons who are roasted on this show can be anyone from Muhammad Ali to Freddie Mercury to Kurt Cobain. Apart from enjoying the wit and humour, it is also important to notice that misrepresentations of these figures or distortion of facts do not happen in the show. Keeping this in mind, a historian is also consulted during the creation of the show’s content.

Roasting is a special form of humor. It is surely not for everyone since sometimes the insults can be truly brutal to take and accept. Only audiences and subjects with a very open mind and a strong sense of humor can truly enjoy a roast, while some people who have reservations regarding what is inappropriate to joke about might end up finding some content offensive. But as Ricky Gervais always says, “Just because you are offended, doesn’t mean you’re right”.

Historical Roasts Season 2 Release Date: When will it premiere?

‘Historical Roasts’ season 1, with its six episodes, premiered on May 27, 2019. It happens to be the first Netflix roasting series. Earlier, Comedy Central always had a monopoly on such shows. But now with the advent of Netflix, the competition is surely becoming more intense.

It can very well be expected that Netflix will continue producing more such roast shows. They will most likely come out a new season of ‘Historical Roasts’.with other important people from the past who are not covered in season 1. Our best guess is that if the show does get renewed, ‘Historical Roasts’ season 2 can release sometime in 2021. We will update this section as soon as we hear more.