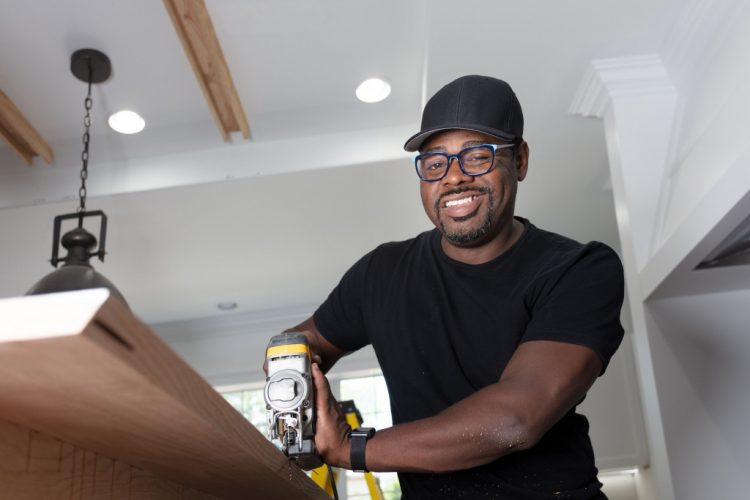 Hit Properties With Nathan Morris Cast: Who is in it?

Nathan Morris is the main host of the Hit Properties With Nathan Morris. He is the lead member of Grammy-award winning group Boyz II Men including Marc Nelson, Michael McCary, Shawn Stockman and Wanya Morris.

In this series, he makes an effort to work on some of the riskiest house projects to date. Apart from working in a house flipping market, he is also a businessman as well as a singer. He has been active in this musical career since 1985 and has covered many R&B, soul, new jack swing music labels like Motown, Universal, UMG, Arista, MSM, Decca as well as Koch. Viewers will love his hilarious one-liners as well as funny puns.

The other cast of this series includes Whitney Fatone as well as Joe Mulvihill. Bryant Gipson is Nathan Gipson’s partner as well as the Contractor in this series. Nathan Morris could be back with another series of Hit Properties With Nathan Morris soon enough. Keep checking back with us to find out more about the new cast.

Hit Properties With Nathan Morris Plot: What is it about?

Each episode features different homes which Nathan Morris and his crew give a new makeover to by flipping the house into a modern home.

In one of the episodes, Nathan Morris and his team not only design one but two luxurious master suites for their clients. Nathan and Bryant Gipson (contractor) starts working on developing a master suite downstairs. They turn an old furniture bedroom into a second master suite. However, their project is at risk when a tile gets misplaced.

In another episode, he worked on the interiors of a mansion in Orlando, but his attention got shifted towards the backyard of the mansion which needed a makeover as well. He decided to renovate the entertainment room, overhaul the pool as well as upgrade the outdoor kitchen. He also revamped all the amenities including the pool. However, nature had something else planned for the team. His entire project was threatened when a hurricane was reported to be heading towards Orlando.

From dilapidated country clubs to outdated mansions, Nathan is always ready to turn any house into a multi-million dollar dream home for his clients. Nathan saw the series as an innovative idea that would take flipping to new heights. He said, “On the business side, I’ve invested in some lucrative real estate deals, and, on the personal side, I’ve done some construction, renovating and designing. But I’ve never brought the two together in one project. This was my chance to do that—on a massive scale.”

Nathan was ecstatic about the prospect of the show and wrote a post on his Instagram ID that said: @nathanmorrisphd “Well guys….I’m not sure if you had a chance to catch any of the episodes of my NEW show on “Hit Properties with Nathan Morris” on DIY Network last month but I’ve been blessed to be moved next door to HGTV! The four episodes series will be airing AGAIN starting with episode 1 on Friday, November 2nd @10: 00 pm with NEW added scenes in each episode! Please make sure to check it out if you can. Lol And if you could grace your social media pages with this image so that people will know we moved that will help too! Thanks, guys! #HGTV #BoyzIIMen #Hitproperties #glassentertainmentgroup”

Hit Properties With Nathan Morris Season 2 Release Date: When will it premiere?

The trailer for the new season is likely to drop when the series gets renewed. For now, you can clips of Hit Properties With Nathan Morris Season on its official homepage.