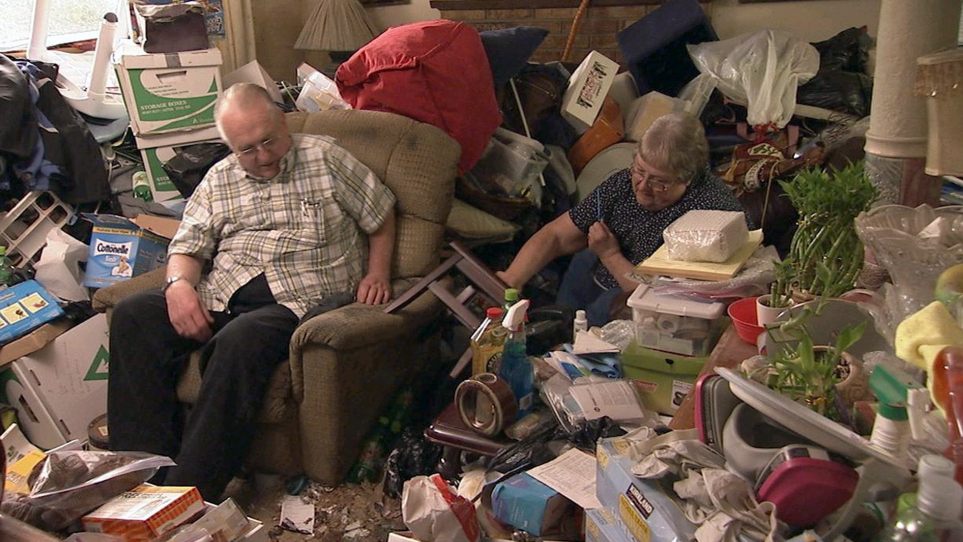 A&E’s Emmy-nominated reality series, which is also a winner of the Critics Choice Television Award, ‘Hoarders’ follows a bunch of experts as they guide people who are victims of compulsive hoarding disorder. The featured individuals have an urge to store things that they don’t require. Sometimes, this habit gets so extreme that they face the threat of financial ruin, loss of property, and even incarceration. The show, which has spanned multiple seasons and is one of the longest-running titles on A&E, made a much-awaited return on July 20, 2020, with its 11th iteration. After an eventful 2-hour premiere, we are impatient to know about the details of the next episode. Well, let’s dive straight into it.

In the second episode, we meet Sherry, who has not made the mortgage payments on her house for the last two years. She has been hoarding unnecessary items in her home and the pile is now massive. Sherry justifies her actions by saying that her habit protects her from the outside world. Currently, she has a 6-foot-high wall of trash that does not allow anyone to enter the property. The episode follows Sherry as she teams up with her son and daughter to address the issue. An expert team assists Sherry in getting her life back on track.

You can watch the latest episode of ‘Hoarders’ if you have a cable connection, by tuning in to A&E at the above time slot. You can also watch the released episodes online by logging into A&E’s official website. There are a number of other ways to live-stream the season. You can subscribe to either Fubo TV, Philo TV, Sling TV, or Direct TV and stream the episodes on any of your devices. Additional options include catching the already aired episodes or seasons on Amazon Prime Video.

In the premiere episode of the 11th outing, we meet Carol, who has been hoarding things in her husband’s home for the last two decades. Now that she has separated from Dave, the latter has to deal with his wife’s hoard and his own failing health. Since the house is on the verge of collapse, the family decides to join hands and save the property while confronting Carol about her behavior. You can have a look at the huge pile of the junk seen in Carol’s house at the start of the episode: 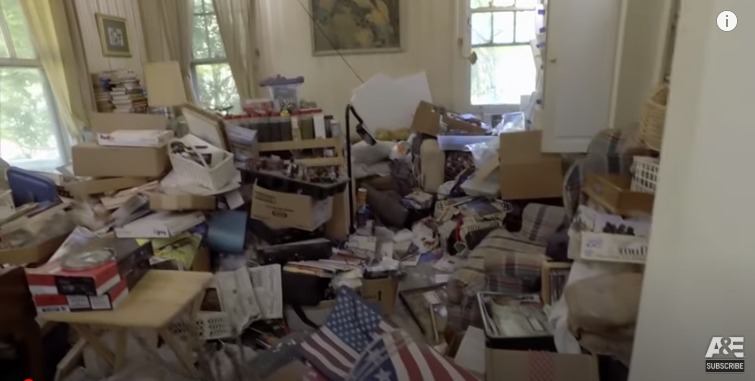 After a whole lot of convincing and multiple discussions, the ‘Hoarders’ team starts helping Carol in cleaning out her space. At the end of the decluttering, the crew removes a total of 21 tons of junk from her house. And Carol’s home looks entirely different by the time the episode concludes. Here is the final look of one of the rooms in the 3-story mansion once the clean-up is over! 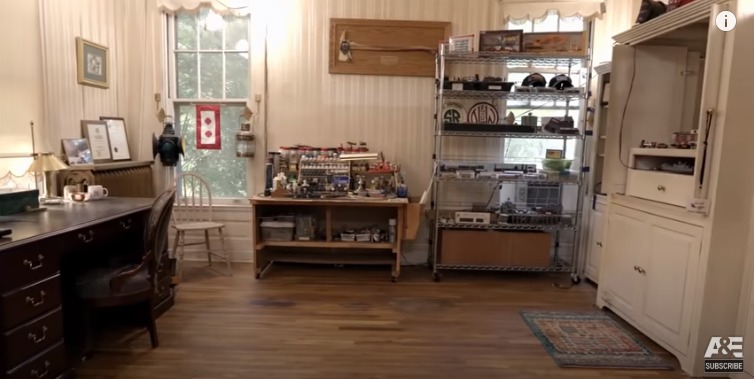 Read More: Are Jarrod And Brandi From Storage Wars Still Together?