Where to Stream Hocus Pocus? 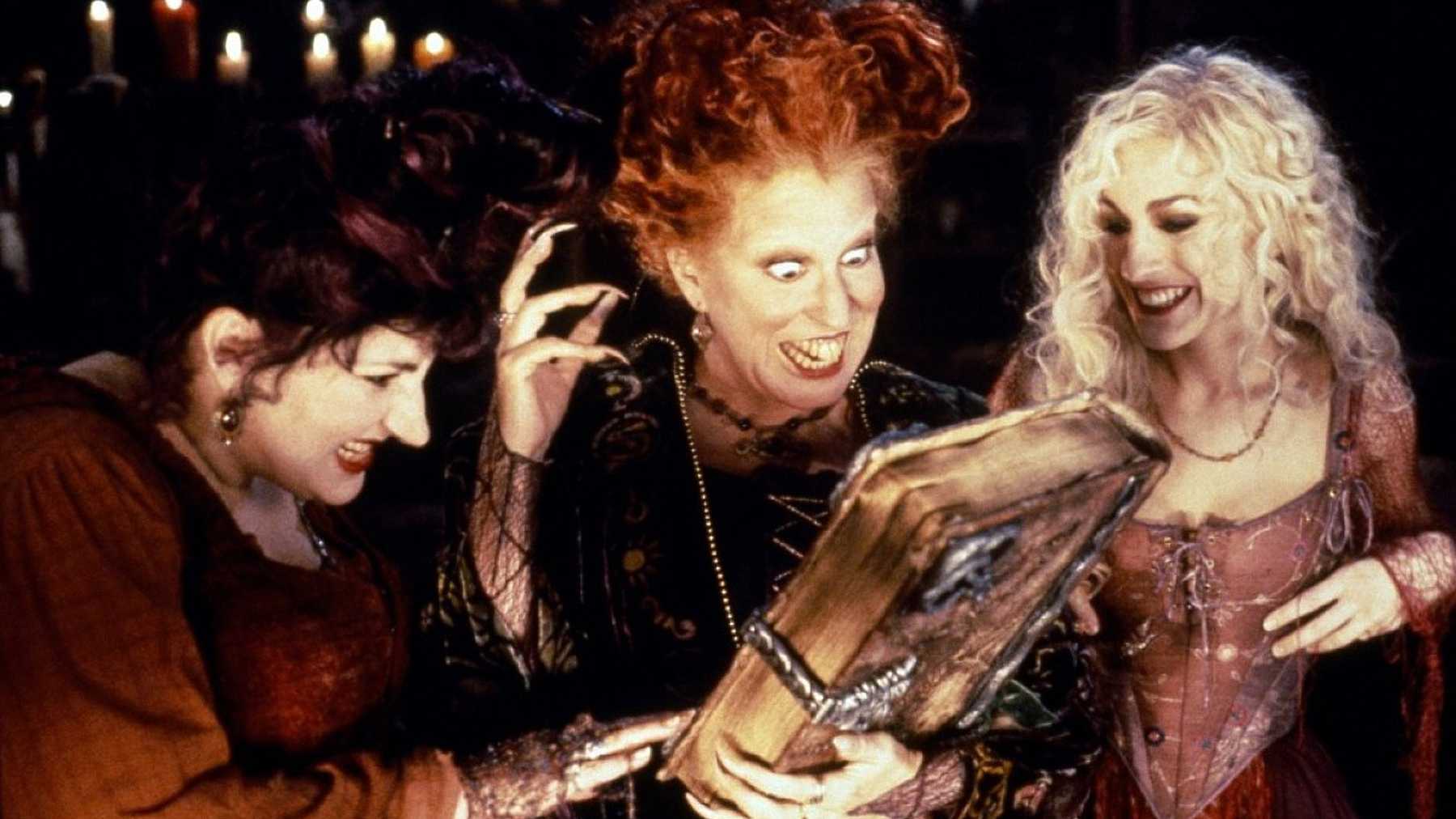 Witches used to be scary and an integral part of horror before Halloween turned them into something to dress up as, and Harry Potter turned them into something to aspire to be. ‘Hocus Pocus’ puts the evil back in the witches and gives us a movie to remind us of what they are truly capable of. While being a fantasy horror movie, it keeps in mind that the target audience is kids, and so it has elements of comedy in it as well. Despite failing to be a commercial or critical success upon release, time has been kind to the movie and turned it into a cult classic with an immense following across the globe. With all the hype that surrounds ‘Hocus Pocus’ at present, you must be wanting to catch the film, if you have not seen it already; or maybe you just want to re-watch it. Either way, before we tell you where to watch the movie, let us first walk you through the plot.

What is Hocus Pocus About?

‘Hocus Pocus’ begins its story on October 31, 1693, in Salem, Massachusetts. A small boy named Thackeray Binx witnesses his sister, Emily, being taken away by three witches to their cottage. Winifred (Bette Midler), Sarah (Sarah Jessica Parker) and Mary (Kathy Najimy) Sanderson cast a spell on the little girl to absorb her youth so they themselves can stay young. In the process, they kill Emily. This causes Thackeray to confront them and ask to be transformed into an immortal black cat so he can live with the guilt of not having saved his sister. By this time, the townsfolk are alerted and, led by Binx’s father, they capture the witches and hang them. However, before this, Winifred’s book casts a spell which says that the witches will be resurrected on Halloween if a virgin lights the Black Flame Candle. Thackeray stands guard at the cottage, ensuring no one resurrects the witches.

The film then jumps to 300 years later, that is 1993. On Halloween, a young boy, Max Denison, feels bad about his family moving from Los Angeles to Salem. He takes his sister Dani trick-or-treating, and meets his crush, Allison. Her family owns the Sanderson house as a museum, and Max gets her to give him a tour. There, he inadvertently lights the candle summoning the witches. Once they are back, they return to their evil ways and try to capture Dani. Heeding Thackeray’s suggestion, the kids flee, but not before they take Winifred’s book of spells. They are chased to the cemetery where Winifred raises her unfaithful lover Billy Butcherson, as a zombie, to chase them. However, the witches need some time to acclimatize to the 20th century and are horrified to find out that Halloween has become a holiday. They plan to suck the souls out of all of Salem’s children, knowing that failure to do so by sunrise will result in them disintegrating.

The witches continue chasing the children but they manage to turn the tables and trap them at the Jacob Bailey High School, where they burn them in a kiln. However, the curse from Winifred’s spellbook keeps them alive, unbeknownst to the children. Max and Allison try to reverse the spell on Binx using the spellbook, which alerts the witches about the children’s location. They kidnap Dani and Thackeray, and Sarah even goes to the extent of using her siren-like voice to lure all the children of the town to their cottage. However, Max and Allison are able to thwart this plan and rescue Dani and Thackeray by making the witches believe that sunrise came an hour early.

Once again the chase takes the witches to the cemetery, where Max runs into Billy again. However, this time Billy decides to protect Dani and turns against Winifred, insulting her. The witches attempt to use a potion to suck out Dani’s soul, but Thackeray comes to the rescue, knocking out the vial from Winifred’s hands. Max drinks the potion, forcing the witches to let Dani go. Just as this process is about to be complete, the sun rises, and the witches are caught on hallowed ground. This turns them into stone statues before they disintegrate into dust. The day is finally saved, and we see that Billy is satisfied and goes back to his grave, while Thackeray finally dies, and his soul goes free. The movie ends with Winifred’s spellbook opening its eye, upon realizing that the witches are gone for good.

Now, let us tell you where you can watch ‘Hocus Pocus’.

Is Hocus Pocus on Netflix?

Netflix has a wonderful library that is smartly stocked with films and television shows to cater to various needs. Though ‘Hocus Pocus’ is not on the platform, you can check out ‘Chilling Adventures of Sabrina‘ on the platform, which shows what it means to be a witch.

Is Hocus Pocus on Hulu?

Hulu is quick to make smart additions to their library so that they stay ahead of their competitors at all times. ‘Hocus Pocus’ might not be on the platform, but if you want a show where good people go up against various supernatural forces to protect others and their loved ones, look no further, because the platform has ‘Preacher‘.

Is Hocus Pocus on Amazon Prime?

Amazon Prime has a library that cannot be easily bested. Although Prime subscribers cannot watch ‘Hocus Pocus’ as is, they can always buy or rent the movie and watch it on the platform. It costs $3.99 to rent and $19.99 to buy the HD version, while you can rent the SD version for $2.99 and buy it for $9.99. Check it out here.

Where Can I Stream Hocus Pocus Online?

Where Can I Watch Hocus Pocus Online For Free?

Unfortunately, at this moment, there is no option to watch ‘Hocus Pocus’ online for free. You have to wait till one of the streaming platforms with free trial periods add it to their content library.

However, we would urge all our readers to pay for whatever art they consume.

Read More in Movie Guides: Blade Runner | Get Out