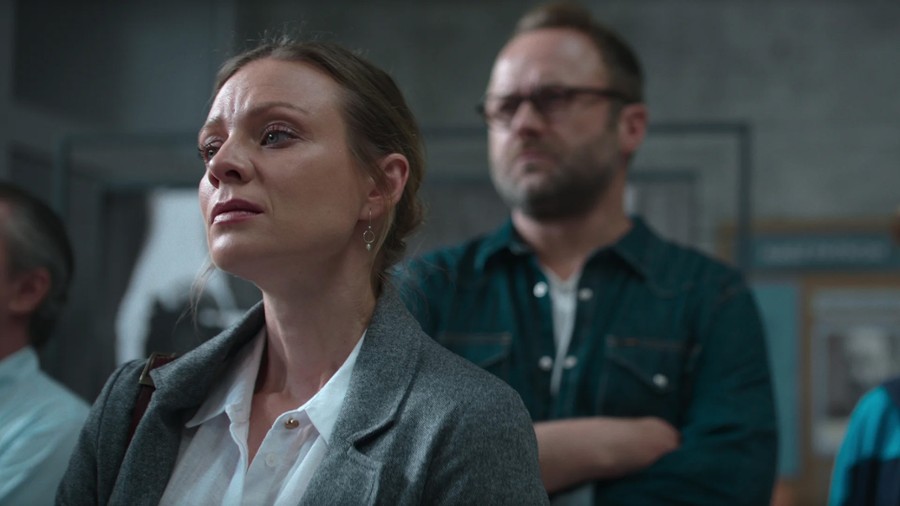 Created by Harlan Coben, the Polish title ‘Hold Tight’ (‘Zachowaj spokój’) is a brooding mystery thriller series based on the eponymous novel by Coben himself. Its storyline plunges audiences into a sinister series of murders that upends the tranquility of an upscale Warsaw neighborhood. The narrative follows the events after the death of Igor, a high school student who died from an overdose. As the police start probing into the case, other cases start cropping up, which may or may not be connected to Igor’s death.

Another woman from the neighborhood Marianna goes missing, and Igor’s best friend Adam is hiding something. Behind its veil of noir-tinted mystery, the series unearths a generational discord, commenting upon how parents fail to communicate with their children. Following its release, the crime drama garnered much praise, thanks to its enticing ambiance, steady characterization, and convincing performances. However, following the first installment, you may wonder if another is on the way. If you are looking to find the whereabouts of the forthcoming sophomore season, allow us to look for answers.

‘Hold Tight’ season 1 premiered in its entirety on April 22, 2022, on Netflix. The first season packs six episodes with runtimes ranging from 42 to 53 minutes.

Let us now inquire about the possibilities of a second installment. Currently, there is no news about the show’s future, so we would have to take a speculative route to get to the answer. The series garnered much praise in the media, thanks to its stellar cast ensemble and taut storyline. When mixed with some uncanny symbolism and an air of deceit, the series keeps the viewers on edge, never letting them settle on the mystery. Therefore, it earned a slew of fans while there were little to no polarities.

The message of the show about the generational rift also resonated with quite a few demographics of the viewers. Looking at the reception, the prospect of a second season may seem legible. Mystery thriller shows are unpredictable as the storyline may run on for more than ten seasons or end the affairs in a single taut round. However, we are afraid that you would be disheartened if you are looking for the prospects of a sequel since the show was conceived to be a limited series.

In other words, its finale was already written into the script as they were making the first season. Although miniseries do not necessarily stay confined to a sole season, seemingly that is the case with this series. Therefore, it seems highly unlikely that ‘Hold Tight’ season 2 will ever be made.

Even if we look at the ending, we would know that the season 1 finale wraps all the strands of the mystery neatly. In the end, Anna and Michal finally trace Adam’s phone signal and locate him, while the leader of Guru heads to prison. In another development, Natan and Wiera visit Janusz in his apartment, threatening him to provide the rest of the incriminating videos of Tadeusz. But Jasmina brings the situation under control by pulling the trigger on Natan, while we realize that she is the sender of the videos.

On the other hand, Netflix houses several other critically acclaimed Harlan Coben adaptations, such as ‘The Woods,’ ‘Stay Close,’ and ‘The Stranger,’ that will keep your senses occupied. So, in case you are looking for similar shows to engage yourself in, these might be some good options for you.