When Will Holey Moley Season 2 Premiere on ABC? 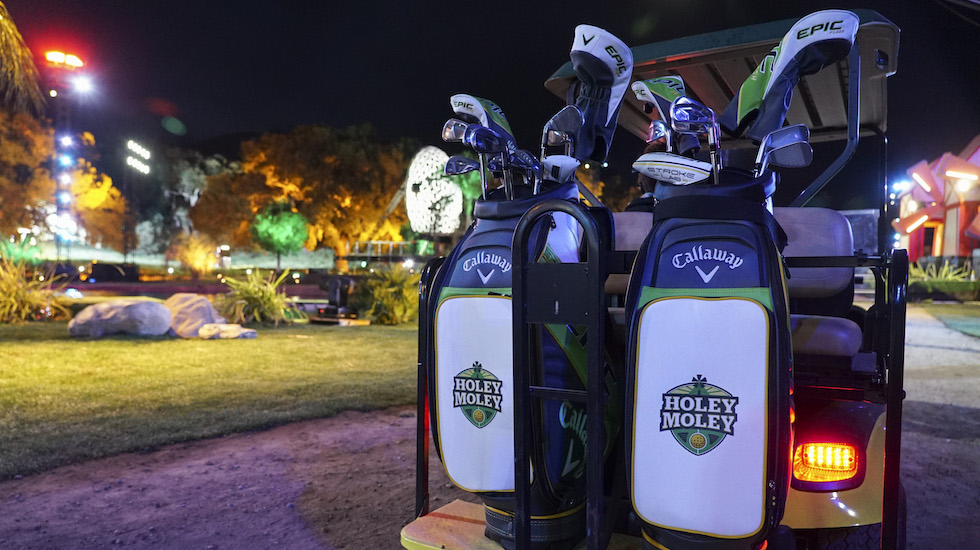 We all miss ‘Wipeout’, don’t we? ABC’s famed series that featured the world’s largest obstacle-based course for contestants was a staple during our summer vacays. Well, foraying into the theme of this good-old, stunt-based game show, but with a twist, is ‘Holey Moley’ — yes, holes and moles! What does it remind you of? Well, you guessed it right: Mini golf.

This funny, exciting, and engaging reality TV series introduces a unique concept that takes up Wipeout’s coveted mantle. Branded as an “Extreme Mini Golf” game competition, it is created by Chris Culvenor. ABC had started the development of this show in October 2018 and officially announced it in April 2019. Filming took place at Sable Ranch in Canyon Country, Santa Clarita, California. ‘Holey Moley’ is produced by Eureka Productions and Unanimous Media.

The first season of the show was well-received. Now the next question is, when will ‘Holey Moley’ season 2 release? Let’s find out.

Holey Moley Season 2 Release Date: When Will it Premiere?

The show was an attempt to use entertainment for bringing families together where members can engage in laughter and enjoyment as they sit together to watch an amazing show. Since miniature golf is a favorite pastime in the country, this intense and unpredictable competition is the perfect project for family-centric television.

So, is there any news about a renewal? Well, ‘Holey Moley’ garnered impressive ratings after its debut, with an average of 0.7 among adults 18-49 and attracted around 3.2 million total viewers per episode. Hence, it did not come as a surprise when ABC renewed the show for another season in October 2019. ‘Holey Moley’ season 2 is slated to premiere on May 21, 2020, at 9 pm ET.

Stephen Curry, who is credited as one of the executive producers for the series, features as the resident golf pro in the ‘Holey Moley’ course. He makes an appearance in every episode. A passionate golfer and a professional basketball player for the Golden State Warriors of the National Basketball Association (NBA), Curry was “brought on board to shake up mini-golf the way he’s shaken up the NBA”, as per Culvenor.

An actor, comedian, and retired United States Marine Corps Reserve officer, Rob Riggle is the ‘color’ commentator of the show. He has featured as a correspondent on ‘The Daily Show’ and has also been a cast member on ‘Saturday Night Live’. His acting credits include performances in movies like ‘The Hangover‘, ‘The Other Guys’, ‘Let’s Be Cops’, and ‘Dumb & Dumber’, to name a few.

ABC and ESPN sportscaster, Joe Tessitore, is the play-by-play commentator. He is already the play-by-play broadcaster for ‘Monday Night Football’ and blow-by-blow broadcaster for ‘Top Rank Boxing’ on ESPN. A TV personality, stylist, and talk show host, Reannie Mai serves as the sideline correspondent. She is widely recognized for ‘How Do I Look?’, ‘Character Fantasy’, and ‘The Real’.

Apart from the above cast members, every episode centers around 12 self-proclaimed mini-golf lovers who come from different parts of the country. These contestants participate in a series of grueling, head-to-head battles through the epic obstacle golf course.

Season 2 has been confirmed to see all the main presenters return to reclaim their positions. We will also get to see a new set of eight contestants, partaking in this remarkable game show. Season 2 will additionally feature several guest stars such as Chris Harrison, Greg Louganis, Steve Guttenberg, Jon Lovitz, and Michael Winslow — all enacting a number of roles to entertain the participants.

What Can Holey Moley Season 2 be About?

‘Holey Moley’ relives the family-favorite game of mini-golf and re-enacts it, with a twist, in the format of a sports competition. Each episode features a dozen contestants who either love mini-golf or are adept in its various techniques. They are then pitted against each other and put through a sequence of never-seen-before challenges that test their physical skills to the max. In an epic face-off across a larger-than-life course, self-proclaimed mini-golf experts of all ages and backgrounds can compete and test their fortune in 10 supersized holes. These huge, themed holes are named Dutch Courage, Caddysmack, Arc de Trigolf, Tee’d Off, Sweet Spot, Surf on Turf, Slip-n-Putt, Log Roll, The Distractor, and Mt. Holey Moley.

There are three rounds of golf, and only three finalists make it to the final round where they face the daunting Mt. Holey Moley. This is again a three-way contest. Ultimately, the contestant who emerges victorious after defeating every obstacle gets the chance to pocket the prize money of $25,000. Additionally, he or she also receives “The Golden Putter” trophy and the coveted “Holey Moley” plaid jacket. Apart from the fun and twists, the show also features newly themed holes in every episode, accompanied by special guest appearances and other surprises.

‘Holey Moley’ is almost similar to ‘Wipeout’; but it has an additional element of golf, which is the central theme. It’s kind of a mashup between ‘America Ninja Warrior‘ and ‘Happy Gilmore’. The supersized course is the biggest challenge where the participants look freaking ridiculous, as they attempt to face the challenges thrown at them. As per Culvenor, ‘”The producers saw how fitness enthusiasts dominate other TV competition series and wanted to create a show that most anyone could partake in.” According to him, ‘Holey Moley’ is “a serious competition put in a really silly world.”

Season 2 will embrace an almost similar format and gameplay but with a “bigger and better than ever” course, featuring “all-new holes.”

You can check out the season 2 trailer below: