When Will Holly Hobbie Season 3 Premiere on Hulu? 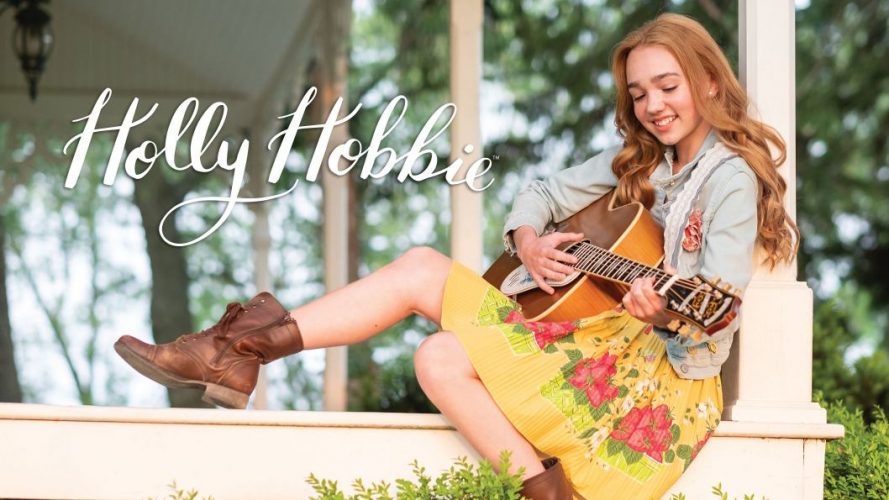 Holly Hobbie is a Canadian web television series jointly produced by Aircraft Pictures and American Greetings Entertainment. The series first released on Hulu TV in the USA and The Family Channel in Canada on November 16, 2018. The Holly Hobbie character is based on the real-life author and illustrator with the same name. She created a fictional character as her namesake.

In the late 1960s, Hobbie sold some unique artwork of a cat-loving little girl, raggedly dressed with a big bonnet to American Greetings in Cleveland, Ohio. The artwork was based on Hobbie’s own children and with its distinguishing rustic New England style characteristic of bygone times, became popular. Her initially nameless character, identified earlier as the “blue girl,” came to be known as Holly Hobbie.

Rex Connors, the art director under whom Hobbie worked with the Humorous Planning department at American Greetings as a contract artist, was responsible for launching “blue girl” as the most widely recognized Hobbie character. From being a greeting card icon, Holly Hobbie had her own series of dolls, which was launched as rag dolls in 1975. There were several books written with her as the main characters which were also made into cartoon series later.

The new Holly Hobbie series features a modern-day update of the character. Set in the present day, Holly Hobbie also has a new storyline. Now, she is a 13-year-old aspiring to be a singer/songwriter. While Holly has dreams of saving the world someday in some fashion, she’s content staying low-key for the time being at her small town. Her character is somewhat reminiscent of the early days of the struggle of the famous singer Taylor Swift. The series is created by Sarah Glinski, who is a master at6 tween and teen-led drama series.

‘Holly Hobbie’, due to its classic re-imagination of a fan-favorite character, became an instant hit among adults and kids alike. As a result, it was soon renewed into a second season. Now, the question is, will there be a ‘Holly Hobbie’ season 3? Read on.

Holly Hobbie Cast: Who’s in it?

Ruby Jay plays the main character of Holly Hobbie. Her grandmother Helen is played by Sara Botsford, and her best friend Amy is played by Saara Chaudry. Apart from these, the star cast includes Evan Buliung, Erin Karpluk, Charles Vandervaart, Kamaia Fairburn, Kate Moyer, amongst many other names.

In season 3, all of the lead actors are expected to reprise their original roles.

Holly Hobbie Plot: What’s it about?

A dreamer and always a go-getter, Holly Hobbie has lived her whole life in the small town of Collinsville. 13-year-old Holly Hobbie is a smart, sweet and “simple” girl who loves playing the guitar and dislikes capitalism and everything related to it. One day when Holly is waiting tables at her grandmother’s Calico Café, a man in a shiny suit walks in. He turns out to be a lawyer, who wants to speak to Holly’s grandmother about something important.

Later, Holly gets to know that the Calico Café is heading towards closure. Not many people had been frequenting the cozy country joint. Holly gets additionally stressed by the fact that her best friend Amy has started hanging out with popular girl Piper. Piper is an amicable girl, but her choices of selfies, bikinis and quirky poems are in conflict with Holly’s earnest values and she finds them to be too loud. Hence, she leaves no stone unturned to sabotage the budding friendship.

On the other hand, Mayor Flaherty thinks that the Open Mic Night is responsible for the destruction of Farmer Dodge’s giant cucumber, which prompts Holly and her friends to search for the real offender. Holly and Robbie have no choice but to spend their day building a chicken coop for Farmer Dodge which is impressed on them as a punishment for lying about who destroyed the cucumber. On realizing that the pickle factory’s faulty water filtration system is contaminating the nearby creek, Holly does not listen to her mother and chooses to expose the truth.

Worried that Piper will end up beating her in the Pickle Pageant, Holly has to choose between following other people’s advice on whether to win or be true to herself. Eventually, Holly and Piper end up throwing a birthday party on the same day as the other. Piper refuses to change the date of her party which gives Holly motive to outshine Piper in the arrangements. Worried that she disappointed her mother and possibly also lost her best friend after the birthday party incident, she runs away to Chicago with Tyler. Eventually, she attempts to make Amy jealous as she brings Tyler to help paint a mural for the town’s two hundredth year celebrations.

Ultimately, Holly must find a way to save the Calico Café, though her grandmother Helen already gave up. After realizing that Piper and her mother are struggling to make payments on their rent and will have to move away, Holly takes extreme steps to help her new friend. She starts a crowdfunding page, which scandalizes her grandmother, and organizes an old school open mic to drum up business. Finally, people come to cheer on the Calico Café.

In season 2, Holly resumes her passion to continue on her journey as a music star. She receives a call for an audition, which does not go as planned — but that does not dampen her spirits. She ignores her studies to prepare during the rehearsals for the town musical and writes a song, which attracts the unwanted attention of an online troll. The family then goes on a picnic and Holly is irritated when she is not allowed to use any electronic devices. After returning, she decides to perform at the Calico Cafe, only to learn Lyla is organizing an open-mic boycott. Toward the end, the spirited Holly receives a troubling note and witnesses Savannah being bullied by a director — prompting her to speak up and take matters into her own hands.

In season 3, the show will continue to follow Holly as she evolves as a musician and a person.

Holly Hobbie Season 3 Release Date: When will it premiere?

Holly Hobbie season 2 premiered on November 22, 2019, on Hulu. It landed on the platform with all of its 10 episodes.

Hulu has not come up with an official announcement about a third season yet. But considering its popularity among the audience, especially the young generation, we expect it to receive a renewal in the coming months. And when it does get recommissioned and things go as per plan, ‘Holly Hobbie’ season 3 should premiere sometime in November 2020.

Check out the Season 2 trailer below.